ASTANA, July 20 – Early morning at about 9 a.m. the Almaty police have shut down an entire block along the Gogol-Zenkov-Makatayev-Abdullinykh streets for search operations, which weren’t confirmed to have been linked to the July 18 assaults on the police, tengrinews.kz reports. 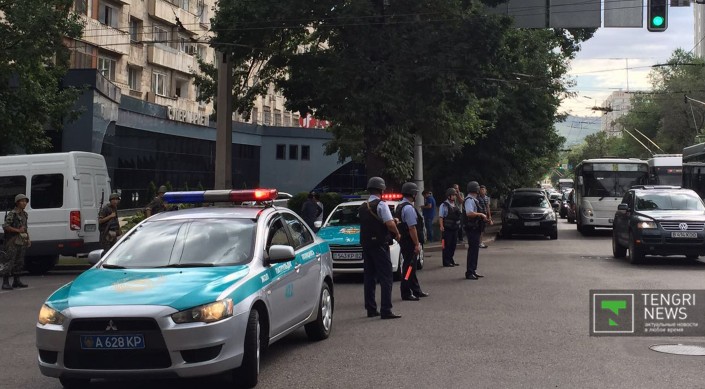 The Green bazaar has been closed; however, the country’s largest confectionery Rakhat, located inside the perimeter, was open as usual for business.

The police asked citizens to stay calm during the search operation. At approximately 11 a.m. Astana time the police lifted the blockade.

On July 18, several police officers, one border guard and one civilian were killed when suspects attacked local police precinct and the department of National Security Committee buildings in Almaty. A red terror alert has been declared in the city soon after. The following day the alert has been switched to Yellow. Sole shooter Ruslan Kulikbayev, was captured after the initial attacks on local police precinct and Department of National Security Committee buildings.

The families of the victims will receive 15 million tenge each, the city administration reported on July 19.

President Nursultan Nazarbayev expressed condolences to the families of the deceased and injured and instructed the authorities to provide full assistance during a special July 18 meeting of the Security Council in Astana.