By Kamila Zhumabayeva in People on 7 July 2016

ASTANA – Creative dombra player Andrey Fendrikov’s ties with Kazakh culture and people have been emerging for generations, as he traces his interest in the instrument to his grandmother. The Almaty resident might not be the most professional dombra musician, but he certainly is an exceptional one. 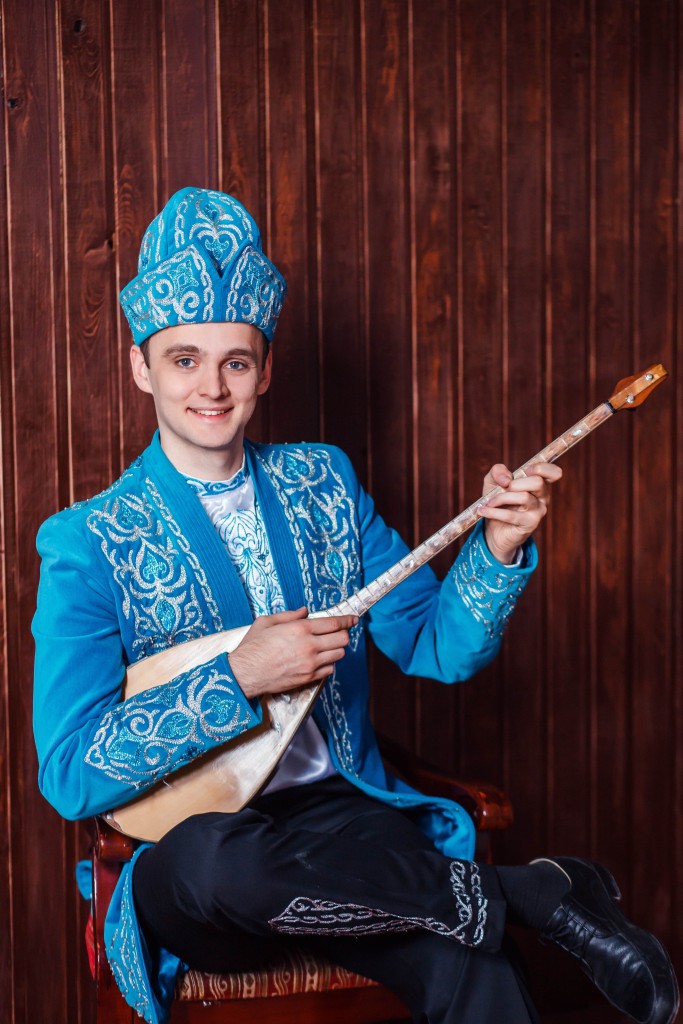 “As a child I used to go out and old folks used to meet me at a courtyard, give their blessings, wish me happiness and pile me up with candies. This is my first impression from childhood and a touch of Kazakh culture,” he said in a recent interview for this story. “Psychologists say that a child separates himself from the rest of the world at a certain moment, while I didn’t have it. I didn’t distance myself like that and this was laid on my subconscious.”

Fendrikov learned to play dombra at school. It seemed normal to him, because he always perceived it as he would a guitar which he was learning to play as well. Both were instruments with their own traits and both required special attention.

The musician cannot consider himself a stranger to Kazakhstan, as his ancestors lived on its land for generations.

“It is not foreign to me, even if I don’t perfectly know the Kazakh language or some of the customs. My great-grandfather used to speak Kazakh purely,” he said.

His great-grandfather was chief of the transport links, not the kind of chief who sat in the office, but who went to auyls (villages) and inspected the activities.

His grandmother was a head physician at Matai station, a rural town in Almaty region where everyone spoke Kazakh. She adopted the language and loved dombra and Kazakh music. When she was young, the radio in the kitchen was set to a Kazakh station.

“When I learned to play and sing, I always tried to visit my grandmother with a dombra and she would be aggrieved if I would come without the instrument,” said Fendrikov.

As his mother grew, she spent her childhood and holidays among the Kazakhs in Matai. When Fendrikov had an opportunity to play dombra, he did so on his mother’s advice and in appreciation of the people who impressed him.

“Then I had this learning myself. Can’t say I’m a profound connoisseur, but it is very interesting and I think that the role of dombra and its meaning is not disclosed on a world scale… I tell everything about dombra with pleasure, if, for instance, a performance is not in a strict format,” he noted.

Foreigners frequently expressed their interest in the dombra, often wishing to purchase and even play it. Fendrikov feels it is not just a plain instrument with two strings like some people say.

“I consider it silly judging an instrument according to the amount of its strings, because if the violin has four strings, it can’t be compared to how many the harp has. Nevertheless, the violin is a worldwide musical instrument used by all composers. It’s the same with dombra, which has its own tone quality,” he said.

The more he involves himself, said Fendrikov, the more he understands that to comprehend the instrument, he needs to try and work harder. 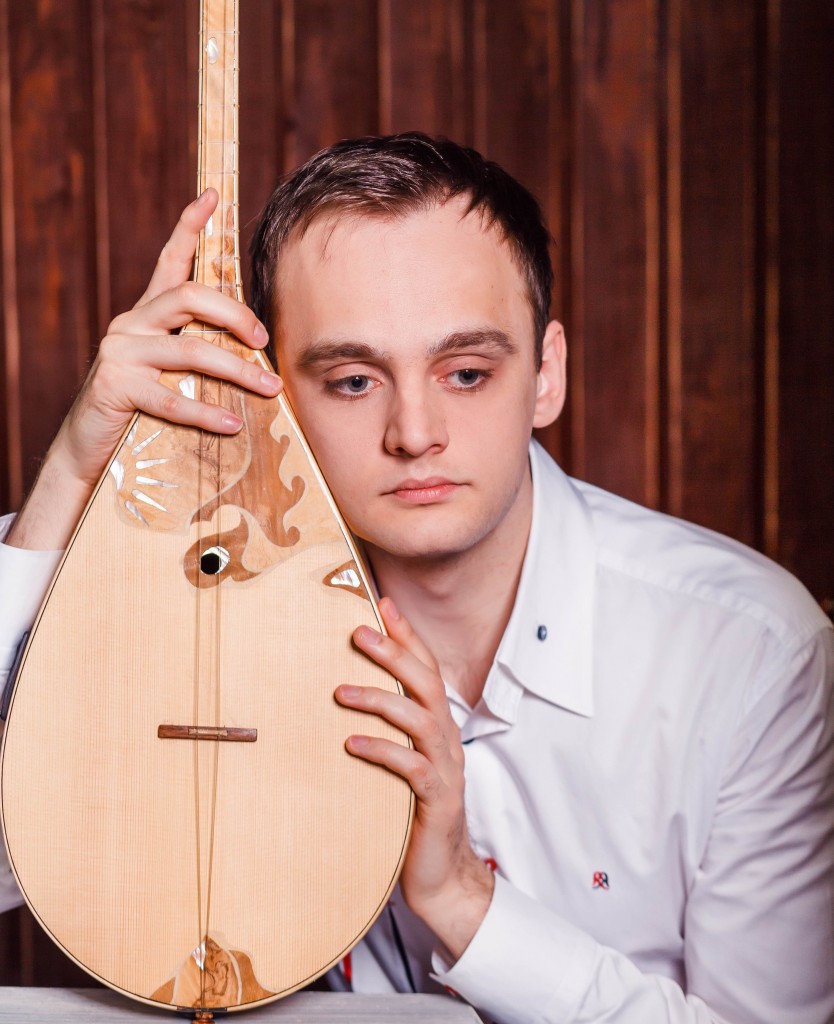 He feels those who learn to play at a conservatory, holding the dombra in their hands since childhood and almost never letting go, are certainly professional musicians who have a different level of technique. Fendrikov has his own advantages, however, like trying to play more emotionally and using some show elements and surprises during his performances.

“For me, the biggest praise is someone telling me that when their eyes are closed, it is as if some Kazakh guy is playing. Also after a performance, an adult comes and says that thanks to me, his children or grandchildren will surely be playing dombra, asking whether I teach, et cetera, and which course I am very happy about,” he noted.

Fendrikov was once invited to an artistic evening in Almaty. He thought it would be quite hard to talk about the dombra to economy, finance and similar students. Yet he found the nearly 200 people were all anxious to hear about the instrument when he began to speak. Fendrikov realised he wanted to continue and now plans to create an educational show or concert and narrative for students and school children.

“It is not important what you play when you do. It seems to me that music is unique by the fact that it diverts a person from some social matters and status and combines feelings, which is same as when a person loves…” he said.