By Kamila Zhumabayeva in Nation on 19 July 2016

ASTANA, July 19 – The sole suspect in the July 18 attacks on police and government buildings in Almaty has been captured and the city’s red-level terror alert has been lowered to more moderate yellow, authorities announced. 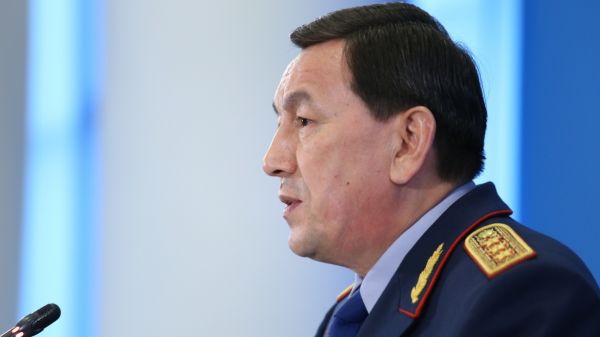 A 26-year-old native of the Kyzylorda region was detained less than half an hour after he opened a shooting spree, Minister of Internal Affairs Kalmykhanbet Kassymov said on the same day.

The suspect, Ruslan Kulikbayev, was captured after the initial attacks on local police precinct and Department of National Security Committee buildings. Three police offers, one officer of the Border Guards and one civilian were killed during those attacks.

The situation in the nation’s largest city and commercial capital has stabilised and the city is under the full control of law enforcement bodies, according to Almaty’s municipal operational headquarters on combatting terrorism.

Police Captain Baurzhan Nurmakhanbetov, Sergeant Junior Maksat Salimbayev, Sergeant Major Ayan Galiyev, one officer of the Border Guards and a civilian lost their lives in the shooting. All police workers were married and had at least one child, Almaty’s Internal Affairs Department reports. 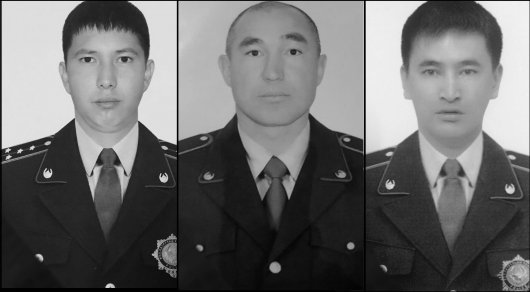 According to the Ministry of Internal Affairs, six more police officers and three civilians sustained injuries.

President Nursultan Nazarbayev expressed condolences to the families of the deceased and injured and instructed government bodies to provide assistance during a July 18 meeting of the Security Council in the Akorda presidential residence.

“Today in Almaty a terror act unfortunately again led to human loss.  I express condolences to the relatives of deceased and injured, they should be provided with appropriate psychological and material support. Also, I instruct law enforcement agencies to take all necessary measures at ensuring law and order in the city,” Nazarbayev said.

The head of state also urged citizens not to fall for possible provocations.

“Law enforcement agencies are working, sorting out who the intruders were and what goals they pursued,” the President continued.

According to him, crowded places of citizens should be protected, immediate measures must be taken on providing medical aid for the injured and a complete investigation to identify perpetrators should be urgently held. Nazarbayev stressed the need to regularly keep the Almaty population informed and generally ensure public peace.

“It is important to rigidly suppress panicky rumours, reveal provocateurs. Citizens in Almaty and the whole nation should be confident that the most decisive measures to bring order are being taken,” he added.

Following the meeting, the head of state instructed the minister of internal affairs to go to the location of the events together with the mayor of Almaty.

In addition, Nazarbayev instructed the Ministry of Information and Communications to implement a timely and complete informing of citizens while quickly reacting to their inquiries.

In Almaty on the same night, Minister of Internal Affairs Kassymov told the media at a special press briefing the motive for the attack by Kulikbayev, who had twice served time in prison for armed robbery and possession of firearms and who was suspected of killing a female citizen of Uzbekistan the night before, was the revenge against law enforcement bodies in the anticipation of his eventual capture.

According to Kassymov, Kulikbayev’s case will be investigated under several articles of the Criminal Code, including “Killing of one or more persons,” “Terrorism,” “Attacking state bodies,” and “Resisting the detention.”