Zero to One to Bring 1,000 Mobile Apps to Market

By Kseniya Voronina in Business on 25 June 2016

Zero to One, a Kazakh mobile app company, has announced plans to train no fewer than 1,000 professional developers and create at least 1,000 iOS and Android mobile apps. 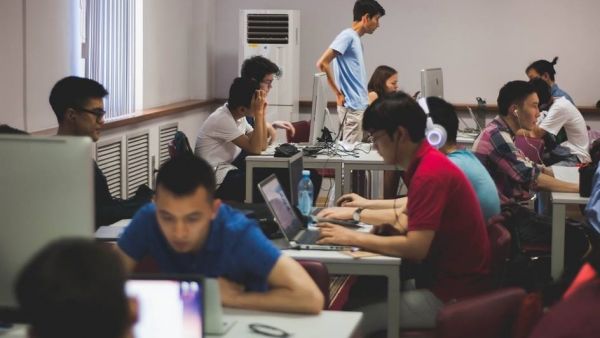 The ambitious goal is expected to be reached with the help of several start-up projects which have already launched this year. Summer Start Up School (www.thesummerstartupschool.com) and its upgraded version nFactorial Incubator (www.n17r.com), opened June 5, require participants to develop an exclusive iOS app and gather 10,000 users in 12 weeks. The progress, as well as interesting photo shoots and final reports, are posted regularly on the Zero to One Facebook page.

“The mission of the nFactorial Incubator is to bring 40 Kazakh mobile apps to the App Store, which will cover both the foreign and local B2B audience. Our partners are Intellection.kz and Idea-Lab.kz,” said Marat Shaken, one of the organisers.

The purpose of the project was also explained by the improved productivity. The organisers originally believed they could create five to six high-quality products a year, but with the help of Incubator, it became possible to speed up the process and reach the mark of 100 apps. The enhanced efficiency will also improve the chances of creating a successful idea such as the popular Angry Birds.

At the end of the project, the best teams will be invited to continue working on the product and be able to receive financial support. During the period, each team must develop three to four versions of the product and attract a target audience from Australia, China, Germany, Great Britain, Japan, Kazakhstan, South Korea and the United States. The participants will be supervised by mentors responsible for programming, design and PR promotion.

In the final stage, the apps will be presented in the framework of the App Store and Demo Day, where a large audience of foreign and Kazakh investors, heads of Kazakh public and private companies, entrepreneurs, journalists, professors, developers and designers can estimate the end product.

During its 11-month existence, Zero to One has added eight mobile products to its portfolio. Among the most popular are Kelin, the anonymous social network for women covering basic issues of feminine health and beauty (172,000 users); Being Beethoven, which tells about daily rituals of great men and Zero Willpower, created to block distracting websites.