Ust-Kamenogorsk – City that Kept a Secret

ASTANA – Ust-Kamenogorsk was founded in 1720 as a military fort at the confluence of the Irtysh and Ulba rivers under the order of the Russian Emperor Peter the Great. The city developed into a major mining and metallurgical centre during the Soviet period and was very closely connected with the Soviet nuclear bomb project. For many years Ust-Kamenogorsk was closed to outsiders and one of its numerous plants, which produced and still produces uranium products, was kept entirely secret despite employing thousands of people.

The city has three giant plants which employ most of its citizens.

Kazzinc is a fully-integrated, major zinc producer with considerable copper, precious metals and lead credits. The company continues seeking to have a stable position among the world’s five lowest cost zinc producers. It also has large-scale production of lead, silver, copper and many other metals.

Ulba Metallurgical Plant manufactures hi-tech uranium, beryllium and tantalum products for the needs of atomic engineering, electronics, metallurgical and other areas. The plant is currently the largest nuclear fuel producer for the nuclear industry among the Commonwealth of Independent States (CIS) nations, the only one in Eurasia that makes all kinds of beryllium products and the only producer of tantalum in the CIS.

The Low-Enriched Uranium (LEU) Bank, which is expected to be operational by the end of 2017, is to be hosted at the Ulba Metallurgical Plant, which already stores 800 tonnes of uranium materials and has 60 years of experience in storing and handling such supplies. The LEU bank is expected to hold 90 tonnes of uranium hexafluoride, which will be stored as an option of last resort for countries with peaceful nuclear power programmes in the event of a disruption of their commercial fuel supplies.

Azia Avto car assembly plant manufactures 34 models of Chevrolet, Kia, Lada and Skoda, making it the largest facility of its kind in the Central Asian region. A new plant, established by Azia Avto together with Russian Lada, is currently under construction. The facility will produce up to 120,000 cars per year, exporting most of them.

A large part of electric energy in the region is very cheap and clean thanks to five hydroelectric power stations. 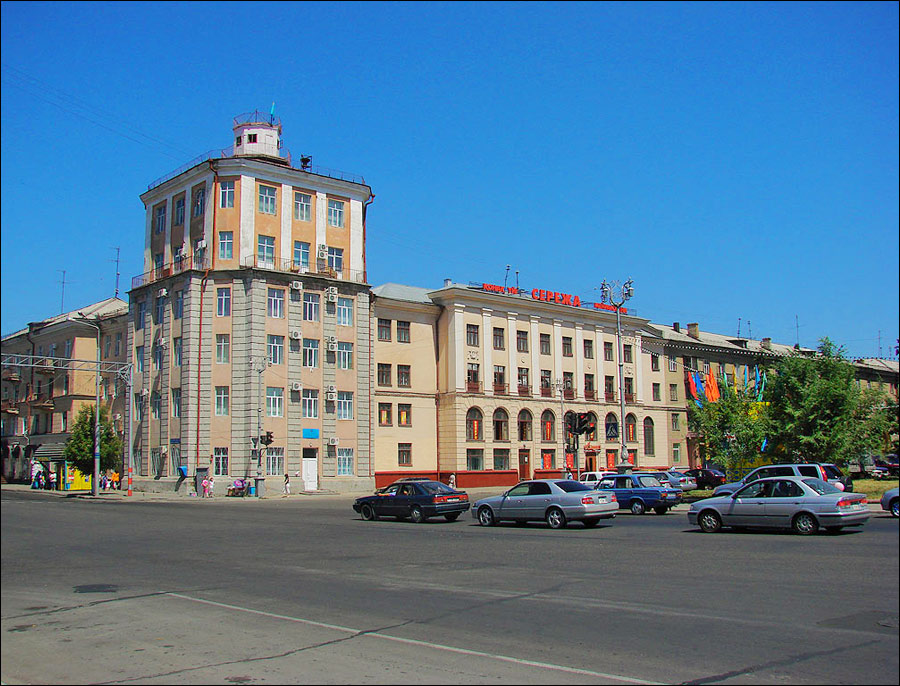 The city’s economy is diversified. Ust-Kamenogorsk’s small and medium-sized enterprises (SME) are quite developed and city residents work in many fields, especially in the plants. This fact is demonstrated by the thousands of cars moving from each of the giant facilities at the same time. Traffic is not usually heavy, but every local knows that twice a day it is packed because of the employees. After staff members arrive at their work places or homes, the city roads are free again.

This city has a very popular activity among its inhabitants. Even if people didn’t have or never wanted to have a garden, they will if they live in Ust-Kamenogorsk. Most locals are vegetable growers and real fans of their gardens. Nothing will stop them from gathering all the necessary equipment and travelling to their country house every Friday evening. Those who are unaware of the interest will wonder why 70 percent of the city leaves in hurry, as if somebody asked them to escape. Gardening in the city is more than a hobby, because it unites not only members of a family, but those who are not related. It is a sort of unofficial club with more than 200,000 members. In early March they start to think, plan and actively discuss their gardens, instruments, houses and vehicles and often begin to repair all the tools and plant the first seedlings on their window sills.

Locals go abroad but usually foreigners come to the city, because it is located in an amazingly-beautiful part of Kazakhstan. It possesses high mountains such as 4,506-metre Belukha Peak, hundreds of rivers and lakes, snowy winters and hot summers. As a result, locals buy or construct small and big villas close to tourist attractions and relax there as often as possible, but also make money renting them to guests. Most travellers come to the region from all parts of Kazakhstan and Russia, giving high marks to the quality-price ratio. Three months of summer in the East Kazakhstan region are great for beach recreation lovers and climbers. Winter makes a gift, too – numerous ski resorts with high-quality services offering reasonable rates.

Hockey is a big deal in the city and young and old know when the local team is playing. The love is based on the success, past and present, of Kazzinc Torpedo hockey team. This squad has produced such Soviet and NHL hockey legends as Boris Alexandrov, Nikolai Antropov, Max Birbraer, Anton Khudobin, Yevgeniy Nabokov, Yevgeniy Paladyev and Konstantin Shafranov.

Part of the city is quite old and the city administration has preserved the architecture. Businessmen reconstruct the old buildings and very often build new ones in a similar style, making them appear as if they were erected 150 years ago. All this creates a special touch and charm. Walking the city streets can transport one to the past in his or her imagination and only the up-to-date cars parked under big trees serve as a reminder that the person is not in a time machine.