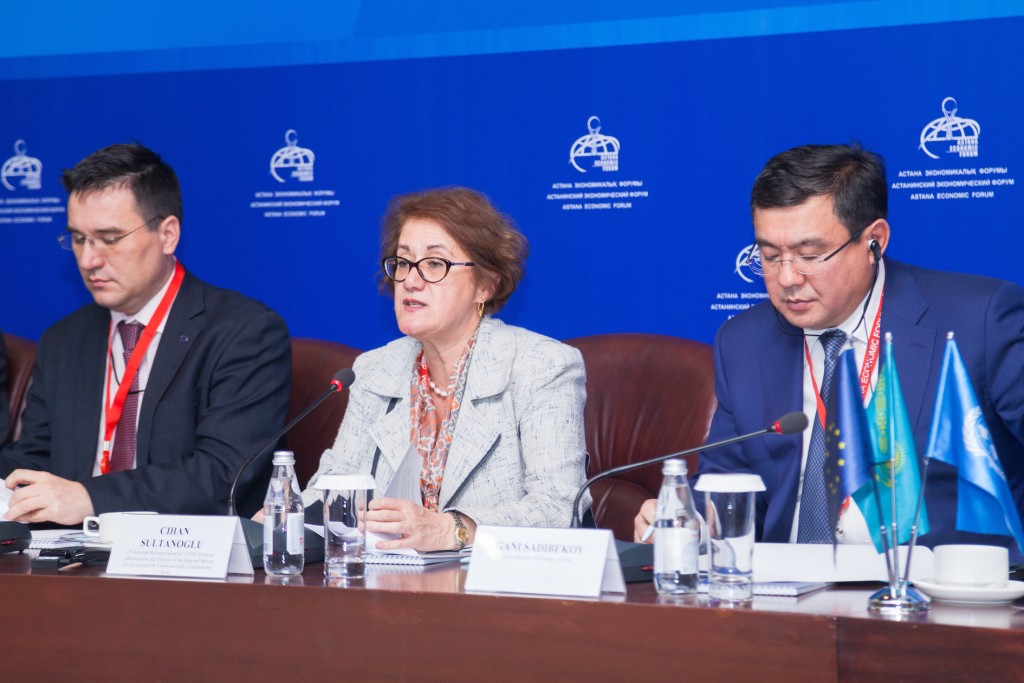 “We applaud Kazakhstan’s leadership’s foresight and vision to establish a sovereign wealth fund from its oil proceeds when the markets were favourable, which can catalyse the green growth initiatives in the country,” said UN Assistant Secretary-General, UN Development Programme (UNDP) Assistant Administrator and Director of the Regional Bureau for Europe and the Commonwealth of Independent states (RBEC) Cihan Sultanoglu.

“It is laudable that Kazakhstan has initiated a series of structural transformations aimed at creating a more diverse and stable economy. More importantly, these transformations could support a deeper integration of the Sustainable Development Goals into the national plans and policy frameworks. With the Presidential 100 Concrete Steps programme and an aspiration to elevate the national economy to the OECD’s standards, a strong momentum exists and should be seized upon to deepen the economic diversification processes,” she added.

“Promoting similar ideas, UNDP and the EU in Kazakhstan united their efforts in implementation of the project ‘Supporting Kazakhstan’s transition to a green economy model.’ The joint project aims to integrate green economy principles into the water sector of Kazakhstan,” a UNDP press release said.

“Kazakhstan adopted the concept of transition to a green economy in 2013 to seek green drivers for economic growth, create more sustainable livelihoods for people and protect the environment,” the release said with the note that the “concept is part of Kazakhstan’s aim to become one of 30 most developed nations by 2050. UNDP has provided support to Kazakhstan’s goals on greening its economy encapsulated in national strategies.”

The European Commission has adopted a new Circular Economy Package to help European businesses and consumers switch to an economy where the value of products, materials and resources is maintained for as long as possible and where waste generation is minimised.

“The circular economy involves a fundamental change,” said head of the European Union Delegation to Kazakhstan Ambassador Traian Hristea, admitting the challenge is huge. “It really means re-thinking the way we design, the way we produce, consume and dispose of products. We want to unlock the potential for more re-use, re-manufacturing and recycling of products, and for that we need new solutions, sometimes unconventional business models using modern communication tools.”