Success Story at a Global Level: Kazakhstan on Foreign Policy between East and West

Kazakhstan, a vital partner of Germany in Central Asia and one of the leading countries in the post-Soviet space, is celebrating this year the 25th anniversary of its independence.

Its achievements are self-evident, thanks to the balanced foreign policy of President Nursultan Nazarbayev, who enjoys major standing across the world due to his mediation efforts in numerous crises and conflicts, as well as due to his proactive participation in global nuclear prohibition and non-proliferation processes. Kazakhstan has become both a politically and economically stable country with a higher per capita income than some EU member states. The Kazakh President was able to build up the multi-ethnic nation of Kazakhstan, and the society of the ninth largest country on the planet lives in peace. 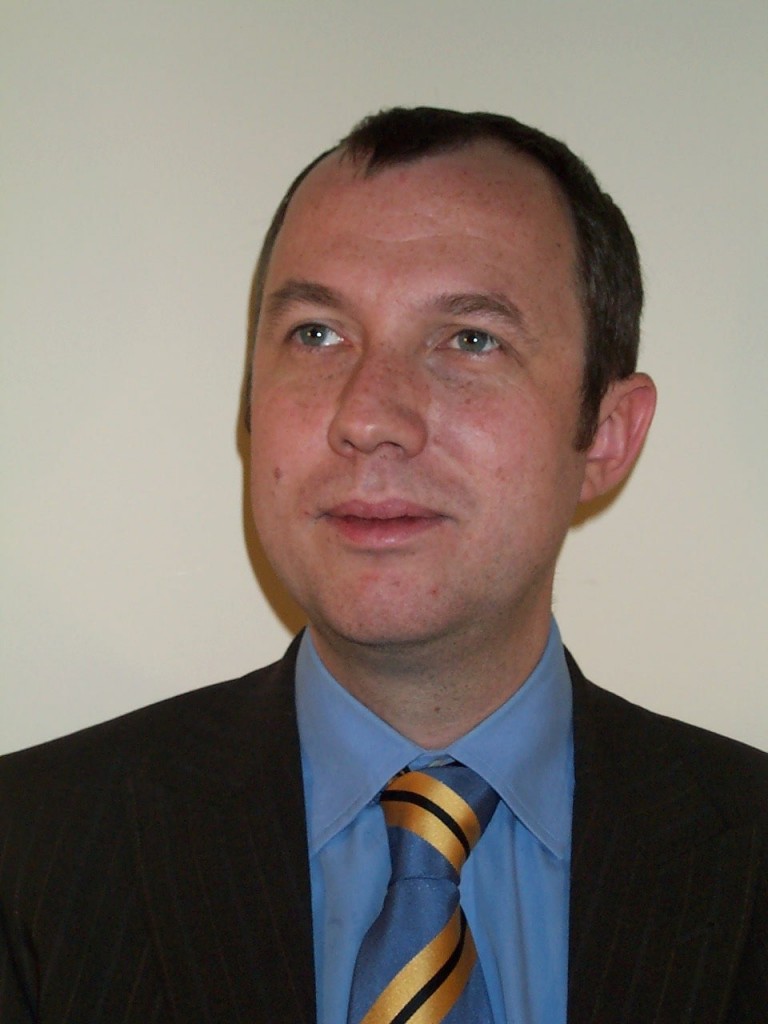 These favourable results in the development of the country are certainly connected with distinctive aspects of Kazakhstan’s foreign policy, which can be briefly characterised by the following descriptive epithets: pragmatic, balanced, predictive and multi-vectored.

One of the most important aspects of Kazakh foreign policy is the abovementioned domain of nuclear disarmament and non-proliferation. It is understandable that Kazakhstan would take the lead on this path, seeing that the nation has the bitter experience of the horrifying aftermath of nuclear tests on its territory. The nuclear test site in Semipalatinsk, shut down in 1991 by the decree of President Nazarbayev, remains a painful wound for the nation. Therefore, everyone believes in the sincerity of Kazakh initiatives in this regard and no one can deny the historic contribution of Kazakhstan to global nuclear disarmament. Back then, all nuclear warheads were removed from the country. Thus, Kazakhstan voluntarily abandoned the fourth largest nuclear arsenal in the world.

In the Kazakh city now called Semey (former Semipalatinsk), on Sept. 8, 2006, the foreign ministers of five Central Asian countries signed a historic document – the Treaty on a Nuclear Weapon Free Zone in Central Asia. Six years ago, at the initiative of Kazakhstan, on Dec. 2, 2009, the 64th General Assembly of the United Nations decided to establish Aug. 29 as the UN International Day against Nuclear Tests. This date aims to highlight the continuous efforts by the UN and all involved parties to prohibit nuclear tests.

Moreover, in 2013, the Kazakh city of Almaty was twice the venue for negotiations regarding the Iran nuclear programme in the 5+1 plus Iran format, which were successfully finalised in Geneva last November.

The agreement between Kazakhstan and the International Atomic Energy Agency (IAEA) on establishing a low enriched uranium bank was signed in Astana on Aug. 27, 2015. The project is unique and unprecedented in the history of the organisation. Establishing international reserves of low enriched uranium under the auspices of the IAEA will provide member states guaranteed access to nuclear fuel without violating their rights of sovereignty and support the development of their own peaceful nuclear energy programmes in accordance with the provisions of the Treaty on Non-proliferation of Nuclear Weapons and the charter of the IAEA.

Kazakhstan’s bid for a non-permanent seat on the UN Security Council for 2017-2018 is ambitious and at the same time promising. This is supported by a number of peaceful initiatives by Kazakhstan, including the efforts of President Nazarbayev to settle the conflict in Ukraine. European partners recognise Kazakhstan as an anchor of stability and security in Eurasia and as a reliable partner in the global struggle against international terrorism. Kazakhstan’s considerable contribution to strengthening international security and expanding multilateral diplomacy could be viewed favourably as it pursues its bid. Establishing the Conference on Interaction and Confidence-building Measures in Asia (CICA) is one of the exemplary efforts by Kazakhstan’s leadership.

It is expected that Kazakhstan, if it becomes a member of the UN Security Council, will continue developing its peaceful initiatives. Lastly, Kazakhstan will try to seize every opportunity to bring all parties to conflicts to the negotiating table. This policy can be illustrated with the principle, “It’s better to achieve some progress than to face an escalation of the conflict.”

Holding the 38th OIC Meeting of Foreign Ministers in Astana during Kazakhstan’s chairmanship is worth mentioning in this context. The Permanent Commission on Human Rights was established and the Plan of Action for developing cooperation with Central Asian countries was adopted at that period. Nazarbayev’s speech to the Muslim community became the basis for the OIC Astana Declaration. And it was during Kazakhstan’s chairmanship that the organisation was renamed the Organisation of Islamic Cooperation.

A number of resolutions have been adopted on Kazakhstan’s initiative, including on countering the illegal production of drugs, helping develop economic relations with Afghanistan and restoring the former nuclear test site in Semipalatinsk and the Aral Sea. Kazakhstan is gradually implementing its plans, manifesting its diplomatic flexibility and proper situation assessment, and investing effort in solving the problems of Islamic countries. These plans were reflected on the agenda of the country’s chairmanship of the OIC Council in 2011–2012 at the ministerial level.

The increasing role of Kazakhstan in Central Asia and beyond brings me to the conclusion that the state has a good chance to become a modern, reliable leading country among the numerous OIC member states. During its chairmanship, Astana initiated a range of measures for the OIC’s reformation, including the intensification of collaboration with the EU, OSCE, CICA, SCO and the Congress of Leaders of World and Traditional Religions. Former OIC Secretary General Ekmeleddin Ihsanoglu called the chairmanship of Kazakhstan in the OIC one of the most impressive chapters in the history of the organisation, outlining the meaningful and highly professional work of his Kazakh colleagues.

Therefore, the country’s bid for a non-permanent seat on the UN Security Council is no coincidence. Kazakhstan has good prospects for the future due to its vast territory, rich natural resources and highly educated population. Additionally, professional Kazakh diplomats are always ready to proactively address existing security challenges. They possess huge experience in the international arena and participate in global processes, promptly and adequately tackling modern challenges.

Kazakhstan has been active as an international mediator, promoting confidence building measures and acting as an honest broker. The country is famous for its neutrality, a balanced and efficient approach towards international actors, states and organisations.

Kazakhstan has made every effort to tackle the situation and establish peace in Afghanistan. The country provided its distant neighbour with humanitarian and technical assistance. Kazakhstan is also intensively engaged in the Istanbul Process on Afghanistan.

This Central Asian country is strengthening its partnerships with major regional organisations in the world: in Europe with the European Union, the OSCE and the Council of Europe; in the Asian Pacific region with the Association of Southeast Asian Nations, the SCO and CICA; in Eurasia with the Asian Europe Meeting Forum, the Eurasian Economic Union (EAEU), the Commonwealth of Independent States and the Collective Security Treaty Organisation; in America with the Organisation of American States, the Caribbean Community and Common Market Organisation and the Union of South American Nations; and with the African Union in Africa.

Kazakhstan confirms its leading position in Central Asia through the consistent and permanent enforcement of regional security and sustainable development. Central Asia is one of the strategic priorities of Kazakh foreign policy.

The government in Astana is keen on fostering economic relations with all neighbouring countries in Central Asia and at the same time respects the positions of countries in the region regarding various political, economic and social development issues. Kazakhstan welcomes consolidating initiatives with neighbouring countries; for example, the proposal of Turkmenistan on holding an International Forum on Peace and Security in Central Asia. The foreign policy of Kazakhstan is focused on prosperity in Central Asia, which can only be achieved and successfully realised through full trust, constant dialogue between all regional countries and mutual commitment to bilateral collaboration.

Kazakhstan is the only donor country in Central Asia. It provides humanitarian assistance both bilaterally and within multilateral institutions. Kazakhstan established recently the National Agency on Technical Assistance and Development (KazAID). One of its main activities will be implementing humanitarian projects in Afghanistan, as well as in some other countries of Central Asia. Kazakhstan is extensively involved in the Central Asia Water Initiative, also known as the Berlin Process. The country stands for fair water resources management in the region to benefit all Central Asian states.

Kazakhstan has demonstrated its firm commitment to peace and supports UN peacekeeping operations. The Kazbat peacekeeping unit took part in demining operations during the international stabilisation force mission in Iraq in the mid-2000s. Kazakh officers worked as military observers in different UN peacekeeping missions in Western Sahara and Ivory Coast. According to media reports, citing the government as the source, Kazakhstan intends to send its officers as military observers in the UN missions to Haiti and Liberia. In this respect, Kazakhstan suggests that all peace building operations must be carried out only within the relevant UN Security Council resolution in accordance with all norms of international law.

The EAEU is the most pivotal economic integration body in the post-Soviet territory. The EAEU started functioning Jan. 1, 2015. This organisation is an embodiment of the idea of President Nazarbayev on Eurasian integration, which he firstly voiced in 1994 at Moscow State University. The union provides Kazakhstan with many advantages. It is a common market of 180 million potential consumers and its production volume is estimated at $900 billion.

Kazakhstan systematically and consistently deepens relations and economic ties with all countries. The country is a member of the World Trade Organisation as of 2015. Russia and China are important neighbours and close partners. Europe is the largest trade partner; the U.S. is second to it in terms of investment. Openness to trade, investment and new ideas is the main aspect of the multi-vector foreign policy implemented by Kazakhstan, allowing the country to increase its gross domestic product 19 times since independence.

With its location in the centre of Eurasia, Kazakhstan is a bridge between East and West. The country’s role in the international arena will grow gradually, and its successful external policy will continue to help stabilise the world order.

The author is a visiting fellow at the Berlin Centre for Caspian Region Studies, Free University of Berlin.