By Dmitry Lee in International on 1 June 2016

ASTANA – Alikhan Baimenov, Steering Committee Chairman of the Civil Service Regional Hub located in the city, outlined “the quality of human resources and the quality of systems which create conditions for realising full human potential” as vital points regarding institutional and long-term sustainable development. He made the comment May 26 during the global conference on professional civil service for successfully implementing institutional reforms held as part of the Astana Economic Forum (AEF). 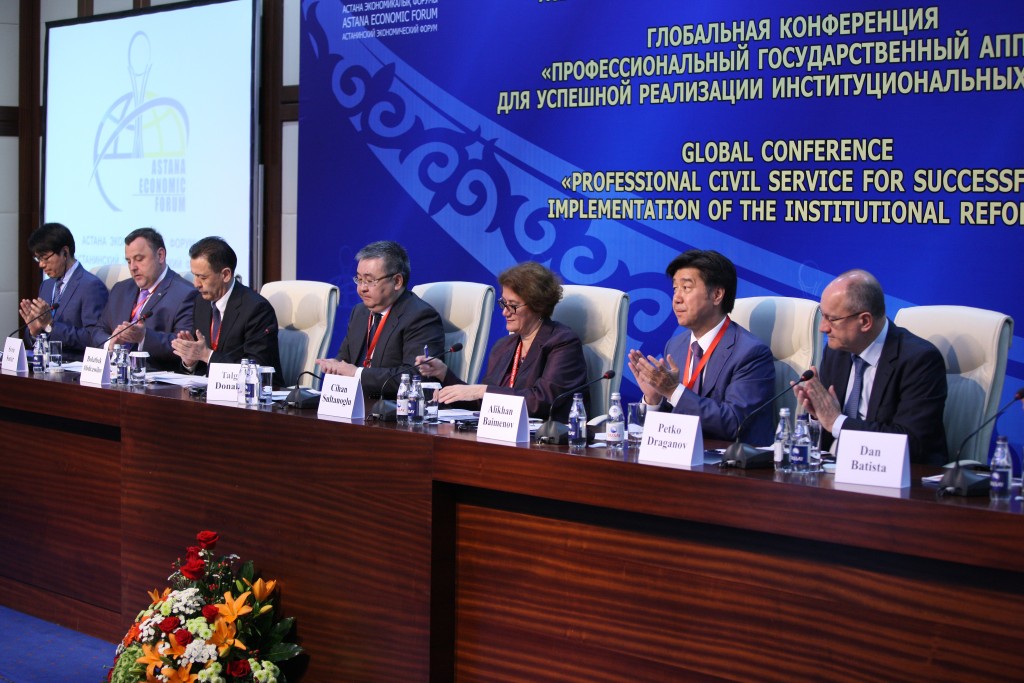 “Well-known scientists, the world’s leading experts and politicians gave talks during the conference,” the Civil Service Regional Hub said in a press release.

The conference was organised by the Kazakh Ministry of Civil Service Affairs, Kazakh Academy of Public Administration, the Civil Service Regional Hub and UNDP.

“The proposal for the establishment of a Civil Service Regional Hub has been inspired by the Agency of Civil Service Affairs of Kazakhstan jointly with the UNDP in Kazakhstan,” according to an official statement. “It was envisioned that the regional hub would be a multilateral platform engaged in the exchange of experience and knowledge, uniting efforts to reform and build the capacity of civil services in the member states of CIS, the Caucasus and beyond.”

Such hubs play an important role in enhancing bilateral and multilateral cooperation between countries, enabling them to share accumulated experience in developing civil service systems while supporting regional cooperation. The formation of a platform based on leading international experience may be the most practical and effective joint solution.