By Kamila Zhumabayeva in Culture on 25 June 2016

ASTANA – Outlook into the Future: Actual Heritage opened June 23 at the Kazakh National Museum. The museum, the youngest and biggest in Central Asia, was created two years ago in conjunction with the Cultural Heritage state programme. 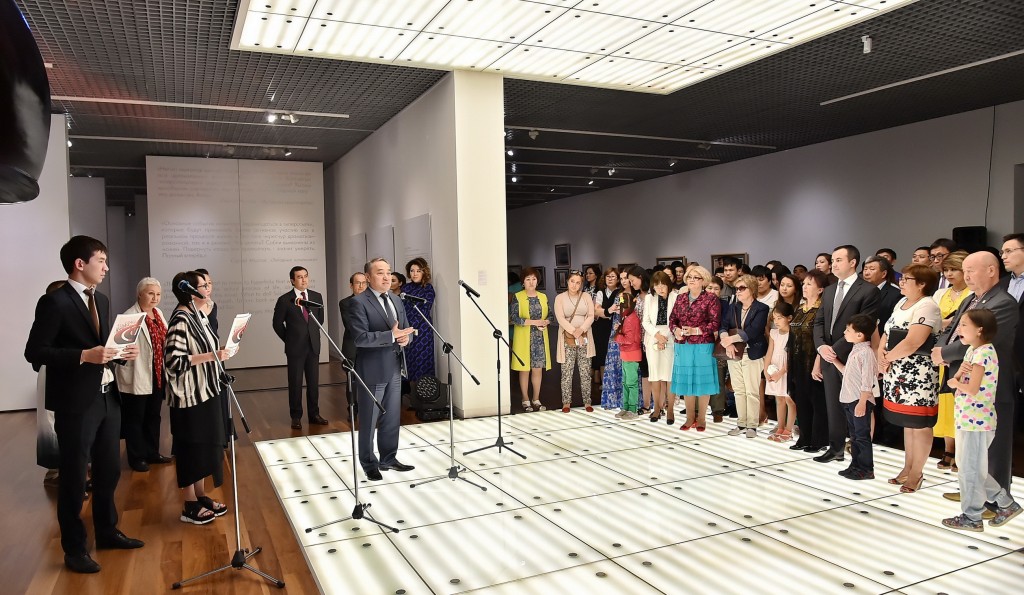 Situated on the country’s main Independence Square, the museum is harmoniously blended into a unified architectural set with the Kazakh Eli monument, Palace of Independence, Palace of Peace and Harmony, Hazrat Sultan Mosque and Kazakh National University of Arts. The building, with an unusual exterior shape of seven white and green-coloured blocks, occupies an area of 74,000 square metres. President Nursultan Nazarbayev opened it in 2014. 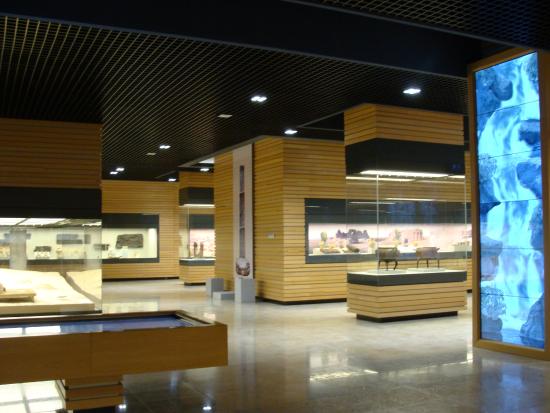 The museum is equipped with modern exhibition technologies such as a unique curved screen with special content, media floor, mock layout of the modern capital, numerous media screens, holograms, LED technology, sensory stalls and trilingual multimedia guide, added the website. Surveys, thematic and philosophical trips and special programmes such as interactive activities and game excursions are being developed.

“The national museum aims to become a modern intellectual culture institution, a site for analysis, comparison, thinking, discussion, statements and evaluation of Kazakhstan’s historical and cultural heritage. A modern museum is always about an open dialogue with a visitor. Everything possible was done to make guests of this museum active participants in a conversation with history,” director Darkhan Mynbai noted on the website’s blog. 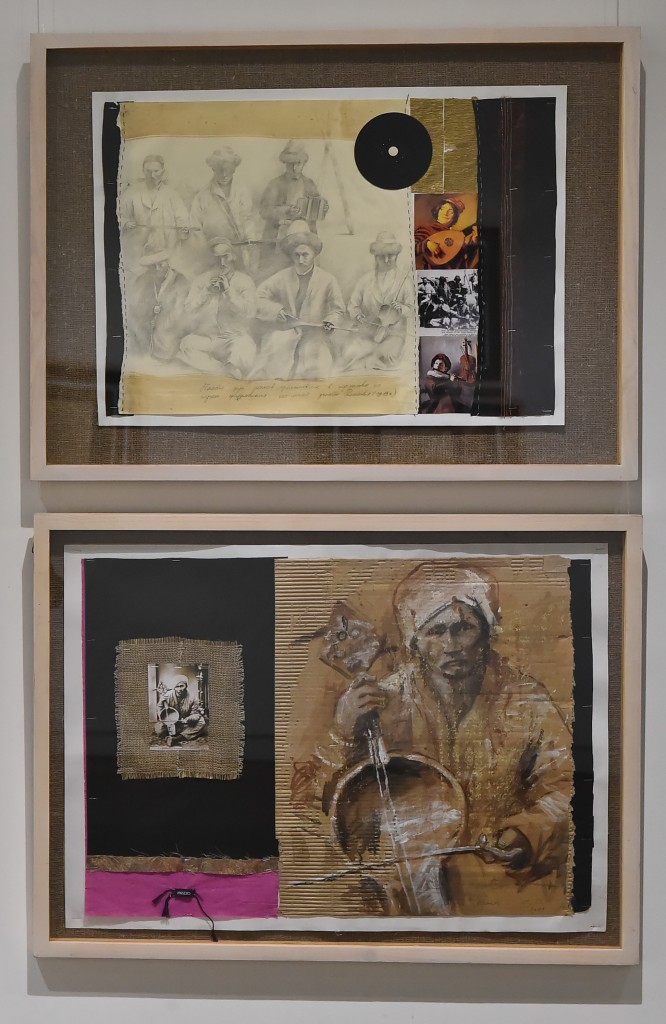 Outlook into the Future: Actual Heritage was developed with the assistance of Astana EXPO 2017, noted the museum’s press release. Works are on display by artists such as Saken Narynov, Rashida Nurekeyeva and Yelena Vorobyova, each of whom crafts in various mediums and has been involved in forming the country’s spiritual memory. The goal of the project is to popularise the creativity of Kazakh artists who are better known abroad than in their motherland.

“In our history of culture there were different periods. The exhibited works belong today to one of the genres of art that refers to a period of independence. … Artists whose works are displayed at today’s exhibition are talented masters; through their works our country becomes known all over the world. We welcome and are very pleased that our art and our culture are developing in all areas and genres,” said Mynbai at the opening, according to the press release.