By Anuar Abdrakhmanov in Sports on 28 June 2016

ASTANA – Kazakhstan just missed in its effort to move up to Group 2 of the International Volleyball Federation (FIVB) Grand Prix, losing the crucial match to Croatia during the 2016 FIVB Grand Prix Group 3 Final Round in Almaty June 18–19. 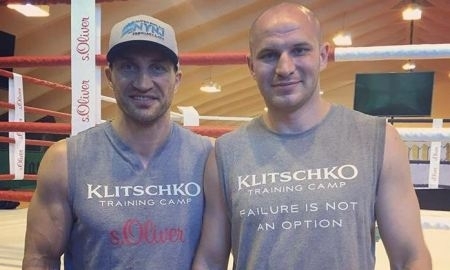 During the Group 3 Final Round, winners of the two preliminary stages – Kazakhstan, Colombia, Croatia, and Peru – vied for a single promotional place. The FIVB World Grand Prix, the largest commercial tournament for women’s national volleyball teams, has been held each year since 1993.

Kazakhstan currently plays in Group 3 of the FIVB Grand Prix, which is the third tier of the tournament. The winner of Group 3 wins a promotion to the next level. Group 1 contests the gold medals.

The second preliminary round (Pool C3) was held June 10–12 in Cali, Colombia. Kazakhstan again won twice, against Australia (3:0) and Mexico (3:1), but was beaten by the hosts (1:3). That was enough to secure the Kazakhs the second place and qualify for the Group 3 final, which this year was held in Almaty.

In the semifinal, Kazakhstan again met Colombia. In the previous meeting of the teams, Kazakhstan’s team leaders Irina Lukomskaya and Nataliya Akilova did not take part because of injuries. Aliya Baikuldinova was called to strengthen the team. As urgently hoped for by the Kazakh coaching staff, Lukomskaya recovered for the final games. Her reappearance, despite a minor injury in the early minutes of play, strongly enhanced Kazakhstan’s performance, especially compared with their loss in Cali.

With one of their leaders back, Kazakhstan won the two starting sets with the same score of 25:20. But in facing Colombia, they once again had to contend with one of the strongest teams in South America. The guests, led by experienced players like Madeleine Montaño and Kenny Moreno, won the next two sets, 25:21 and 25:18, bringing the competition to a tiebreaker. Supported by home fans, Kazakhstan head coach Vyacheslav Shapran’s team seized the initiative immediately and won 15:9 in the set and 3:2 in the match.

“It was a very tough match for us. We relaxed a little bit and lost concentration after we earned the 2:0 lead, but we are very pleased that in the decisive set we managed to get together and achieve victory. Big thanks to all the fans who supported us,” said Kazakhstan team captain Radmila Beresneva.

In the decisive match for the promotion to Group 2, the hosts challenged Croatia. From the first ball, the taller Croatian players created big problems for Kazakhstan’s defences. Among them was Croatia’s team leader Samantha Fabrice, who plays in the Italian league. By the end of the game, she had earned 27 points.

Shapran’s team fought hard in each set, but the Croatians were stronger in each of the three: 25:19, 29:27, 25:16. Thus, the Balkan team returned to the second division, from which they were relegated last year. Team Kazakhstan will once again play in the third division.

“This is a sad day for us. First, a big festival of volleyball ended. It was a pleasure to see a lot of young people watching our games on the stands, as well as on television. This means that the development of Kazakh volleyball is growing. Second, we lost the final. Of course, we gave way to a stronger team. Thanks a lot to my players for the great play they showed [throughout the tournament],” said Shapran.