By Kamila Zhumabayeva in People on 24 June 2016

ASTANA – Recent publications have revealed more to the general public about the participation of Kazakhs in European resistance movements during World War II, in particular about former Soviet war prisoners who were sent by Germany to work in France, Holland and Belgium but did not accept their fate and continued to fight against the invaders. 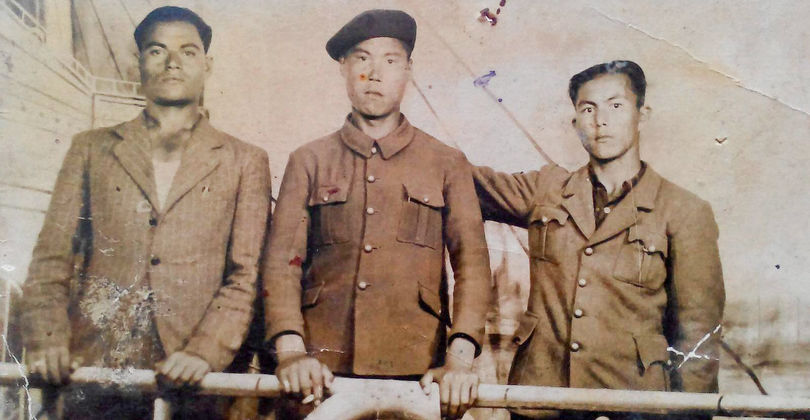 Kazakhs’ involvement in combat actions in Europe is being studied in the “Participation of Kazakhs in the Second World War in Western Europe” project. Professor Gulnara Mendikulova has contributed significantly to the research, Voxpopuli.kz reports.

“I encountered this subject for the first time in November 1994. Back then, during a trip to New York, I managed to meet and interview two former Kazakh Turkestan legionaries: Kuntugan Bazilbek and Mukhtar Karabai. These were the first interviews with former legionaries in the history of Kazakhstan’s science at that moment. This subject remained banned for a long time,” said Mendikulova in her interview with Vox Populi.

The Turkestan Legion were units of Turkic peoples who fought for the German army during the war. Many of them were captured Soviet soldiers turned collaborators.

Research is showing that many Kazakhs involved in the French Resistance movement were former war prisoners who joined the Turkestan Legion and who then escaped from Germans to partisan units.

“Parts of the Turkestan Legion were moved to Europe in early 1944. The legion’s headquarters were located in the small town of Albi in southern France. At the beginning, legionaries were used in fighting local partisans, but this idea failed, as captives began to bond with participants of the French Resistance movement,” the professor explained.

Quite soon, through various channels, legionaries established contacts with maquisards or maquis, rural partisan bands of French Resistance fighters. Former Soviet captives organised escapes and helped fill their ranks. Among those who escaped and joined the resistance were many Kazakhs, according to the Vox Populi report.

Ukrainian Petr Dyachuk and a doctor from Shymkent, Akhmet Bektayev, headed an underground organisation and designed escape schemes for legionaries who wanted to desert from the German garrison, Mendikulova said. “For example, if someone fell seriously ill, Bektayev had the right to send him to a hospital in Albi. A few people were sent to accompany the sick and carry the stretcher. On the way to the hospital, maquis would pretend to attack and take all the captives with them. Together with his associates, Bektayev organised more large-scale escapes. Along with Dyachuk, he managed to smuggle 97 people to partisans during his underground organisation’s activity.”

Former war prisoners pulled off a mass escape from the Albi camp in July 1944. Shortly after, a separate battalion of Soviet captives and then the first Soviet partisan regiment was formed.

In 1944, there were about 50 Soviet partisan units all over France. Former legionaries and war prisoners from the Kazakh Soviet Socialist Republic had fought as part of Stalingrad and Mongol units. Their fighters successfully attacked small Nazi garrisons, destroying compounds with valuable cargo on railway tracks and rescuing captives from camps of southern France. At the end of 1944, they participated in the liberation of Albi, Carmaux, Toulouse, Montauban, Carcassonne and other towns, the report stated.

Among commanders of units distinguished by their heroism were the Kazakhs Zunum Zhamankulov and Kadem Zhumaniyazov. Zhumaniyazov commanded an intelligence unit. He mastered German and French. His unit prepared concentration camp prisoners for release. Sometimes disguised as a German, Zhumaniyazov would get into war camps on his own.

Freed Soviet captives remained in France until the fall of 1945, when they started to return home. In total, 26,000 Kazakhs were repatriated from European countries, Vox Populi notes.

Mendikulova often gets asked to find out the fate of relatives who went missing during the war. They send their loved ones’ memories, valuable documents and old photographs. The research work on Kazakhs’ participation in World War II continues. Mendikulova wants to continue studying European archives and then summarise all the data she has gathered into one collection of documents and records.