By Malika Orazgaliyeva in Business, Nation on 18 June 2016

ASTANA – The June 17 joint session of Parliament’s upper and lower chambers reviewed and approved the government report on the successful execution of the 2015 national budget. 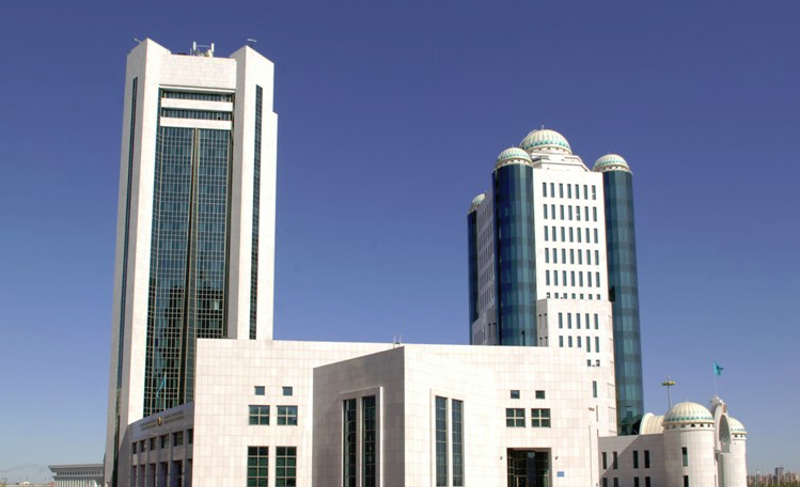 The main features of administering the budget were its anti-crisis direction and stabilising role, said Minister of Finance Bakhyt Sultanov in presenting the report. Thus, the first year of administering the Nurly Zhol programme was focused on supporting the economy’s demand and financial stability.

“Over the past year, all social spending was increased and all obligations have been met in full. Businesses were presented cheap loans from the National Fund, whereas privatisation and legalisation were intensified,” Sultanov said.

“In the framework of Nurly Zhol, 80,000 jobs were created, 456 km of roads were built and almost 11,000 apartments were commissioned. Three hundred and forty-two small and medium-sized projects received loans and more than 4.5 million vehicles were sold,” he said.

Sultanov noted the good results were achieved thanks to the work on ensuring budget stability and its timely adjustment in February and October together with adoption of the National Bank’s measures on the transition to a free-floating tenge exchange rate last year.

“This ensured full implementation of the revenue side of the budget. Moreover, compared to the adjusted plan we executed budget revenues to the tune of 105.7 percent. Thus, free cash balances were formed at the beginning of the current year in the amount of 264 billion tenge,” Sultanov continued.

“The compensating effect of the budget softened the current swings in the economy and laid the foundation for long term growth,” he said.

Speaking to the deputies, Prime Minister Karim Massimov noted that on the instruction of President Nursultan Nazarbayev the government is working on redistributing funds within existing programmes.

“Considering the current economic situation, we will review some articles of the Nurly Zhol programme and some additional resources within the government. In the short term, we are focused on more efficient use of existing resources,” he said.

“We believe that the allocation of 10 one-hundredths [of hectare] of land [per person] with infrastructure will largely make positive adjustments. Therefore, part of the resources will be directed to the development of individual housing construction,” said Massimov.

The previous day, the Prime Minister attended, the third congress of the National Chamber of Entrepreneurs Atameken  He spoke about the President’s decision to redistribute resources within the existing programmes in order to provide additional support for small and medium-sized enterprises and employment.

Massimov asked the participants to join the work of ensuring the money allocated is incorporated into the economy, therefore allowing entrepreneurship and employment to move in the best direction.

He also urged business people to pay attention to the issues of employment, increased agricultural productivity, labour mobility, ensuring the country with essential domestic commodities and attracting investment in the primary sector.