By Zhanna Shayakhmetova in Business on 2 June 2016 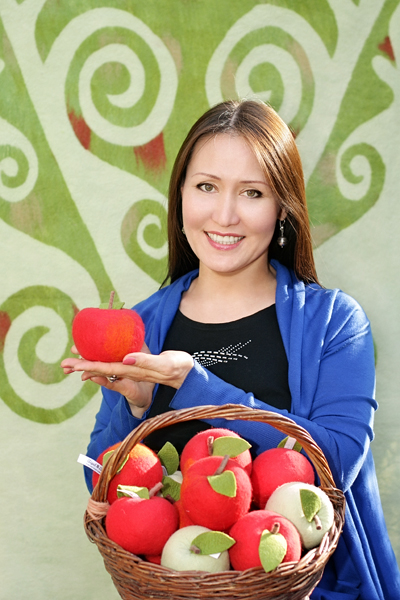 ASTANA – The Aigul Line company’s Kazakh-style goods are a great example of a successful Made in Kazakhstan campaign. The items produced by the company include interior and design objects, clothing, footwear and accessories made of felt. They also offer classes for felting skills.

Aigul Zhanserikova, a biologist by occupation and founder of the Aigul Line brand, shared with The Astana Times how her ordinary hobby became a unique business.

“The company’s slogan ‘Presenting the best Kazakh traditions’ has a mission to revive traditional Kazakh crafts and disseminate best practices with the introduction of modern technology and design. Our friendly team shares a love of the beautiful traditional material, felt, with our customers and partners,” she said.

The company has repeatedly represented Kazakhstan at international and national trade fairs and exhibitions of applied arts, including L’Artigiano in Fiera Milano 2013, the World Travel Market London 2013, the Tourism Fair Fitur Madrid 2013, China’s New Silk Road 2014 and the International Tourism Fair Berlin 2014. The company’s shops are located in Astana, Almaty and The Hague.

How it all started

The Almaty-born Zhanserikova received a biology degree and worked on environmental and sustainable development projects. 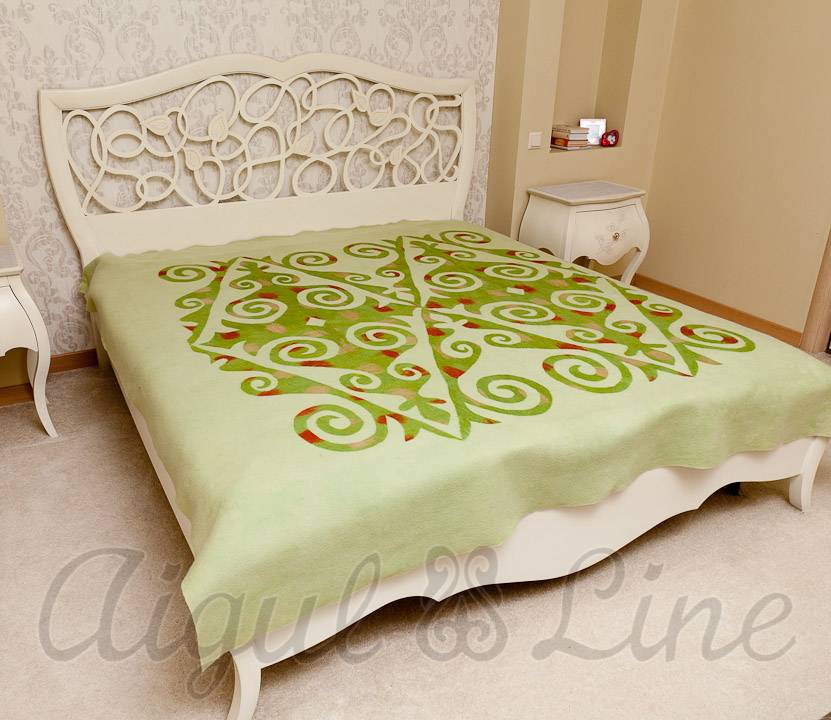 As a representative of the Central Asian Mountain Partnership (CAMP) Programme financed by the Swiss Agency for Development and Cooperation, Zhanserikova initiated a project on the revival of felting in Kazakhstan. As part of the project, Austrian and German craftsmen conducted masterclasses to implement the project on felting revival.

“I was inspired by the skilled European women, who produced with their own hands brooches, hats and bags made of felt and sold at special markets during Christmas fairs. I was surprised that we had forgotten about the crafts that [remained] really interesting in other parts of the world. Foreign masters appreciate the positive properties of felt – its natural, environmentally friendly qualities and beneficial health properties. Felt became a subject of creativity for many European women,” she said. “I developed various training modules on felt crafting in collaboration with the United Nation Development Programme and the Civic Alliance. More than 250 women from Almaty, Akmola, Pavlodar and the East Kazakhstan regions participated in sessions over the next few years. However, felting remained for many at the level of a hobby. My project is not only environmentally friendly, but turned out to be socially significant, as many formerly unemployed women started to revive the ancient craft and earn a living,” she said. 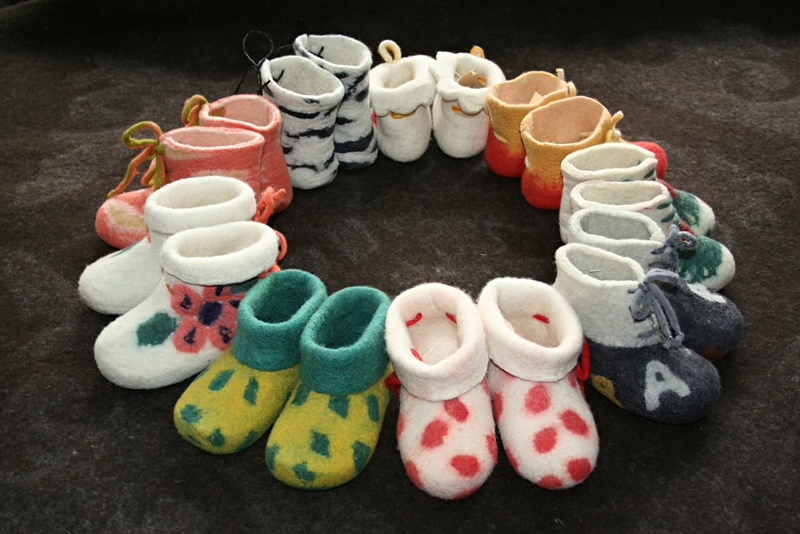 Zhanserikova visited the workshops of many German felt makers and studied the organisation of their activities in 2009. She saw that the traditional Kazakh craft provided them with a stable source of income and decided to introduce their successful experience in Kazakhstan.

“I faced the choice of whether to continue working with international environmental projects, go to the civil service or continue scientific and teaching activities in 2009, upon completion of the CAMP programme. But I decided to demonstrate to all my students that folk crafts can be developed into business,” she said.

After working a few years as a solo entrepreneur, Zhanserikova founded the Aigul Line brand and patented the trademark of the same name in 2011.

The business of craft 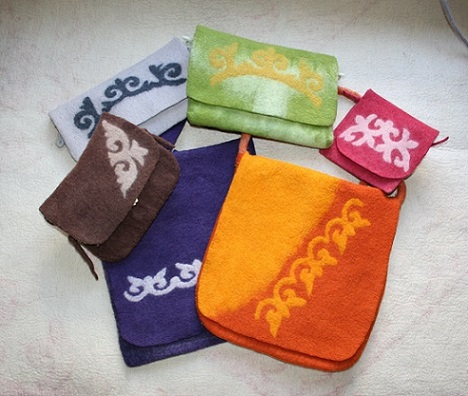 “We are representatives of a small business. But our little company has been a stable business for five years. To me, the quality of our products is important. I always adhere to the principle of ‘less is more,’” she noted.

The company’s staff consists of 15 employees who are master artisans.

“I often take part in international exhibitions, where there are a number of artists from many countries,” Zhanserikova said about her team. “But I am always proud that all our products stand out among all the others and are recognised for their all-natural quality. We always update and renew our range of new products and provide exclusive orders. Felt came into fashion, thus we are contributing to the development of ethnic style. We are planning further expansion, as there are a lot of ideas and projects.”

“Sooner or later, the designers and artists return to their cultural roots and look for ethnic motifs. My goal was to revive this craft in Kazakhstan. I suppose it has already been achieved, as I have a lot of followers. Currently, felt is gaining popularity worldwide. This is more proof that this material is invaluable,” she said.