By Zhanna Shayakhmetova in Business on 30 June 2016

ASTANA – The challenges and implementation of the industrial Internet were the main topics of discussion June 28 during a conference at the Nazarbayev Centre. The conference, titled “At the crossroads – the role of digitalisation in the energy sector and its importance for the economic transformation of Kazakhstan”, allowed participants to learn about current trends in the development of digital technologies in the energy sector and consider the ways and possibilities of using renewable energy sources in the country. “Industry 4.0 opens new horizons in such diverse fields as collection and processing of big data generated by industrial machinery, automation and robotics, digitally-driven manufacturing techniques and supply chains and distribution channels. The fourth revolution is especially relevant in the context of Kazakhstan’s development efforts and the country-specific challenges that are coming with it. It is a purpose of politics to create an environment in which industry gets developed most beneficially under the circumstances of Industry 4.0 and, as far as possible, to avoid social damages at the same time,” he said.

“The Kazakh government has already started to address these needs through the implementation of the Information Kazakhstan 2020 programme. Its main goal is to make information and communication infrastructure available to all citizens. A suitable platform is to facilitate exchange between the relevant stake holders and address the complex challenges as well as immense opportunities to its coming with the fourth industrial revolution in the context of Kazakhstan’s energy sector,” he said. 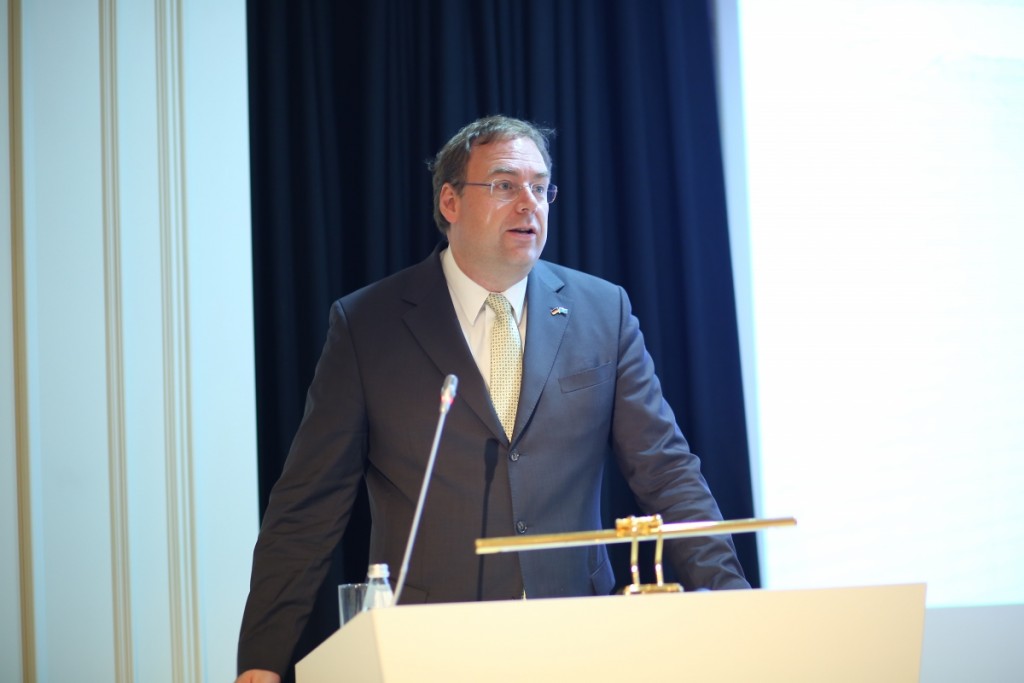 General Electric (GE) Governmental Relations Director Wolfgang Dierker presented the company’s strategy for the industrial Internet, noting heavy metal and machines are increasingly equipped with sensors to become smart devices in various sectors across the economy. Starting with street lights, he noted 10 billion light boxes will eventually be intelligent, providing additional capabilities to make city traffic “smart.” One hundred and fifty million cars and 10 billion devices, such as machines, motors and wind turbines, will be digitised by 2020.

“The trend that we believe we need to have as a reaction, we have an answer that is conquering with this piece of digitalisation. The second trend is that everything in terms of digital devices becomes cheaper. It becomes easier to store the data and it becomes easier to assemble a larger amount of data and be able to use this data again. The same goes for processing data… Things are getting cheaper, but the one thing that is not getting cheaper is software coding. This is something that is increasingly a really valuable part of this chain of digitalisation,” he said.

Dierker added GE must be in the software business to be at the crossroads of ever-cheaper equipment and the actual machines that are used to assemble and analyse data.

“In the past 20 years, we had industrial productivity growth of around 4 percent in the western world. We have increasingly made more machines more efficient… Now this is changing. In the past couple of years, we have productivity growth at around 1 percent. And the reason is that we believe more machines are becoming even more efficient and it’s difficult to get the same efficiency again. Productivity gains result from optimising machines. The real productivity gains increasingly do not lie in optimising the machine alone; they lie in digitalisation. They lie in collecting and analysing the data and rendering information on how to better and more effectively run these machines,” he said. 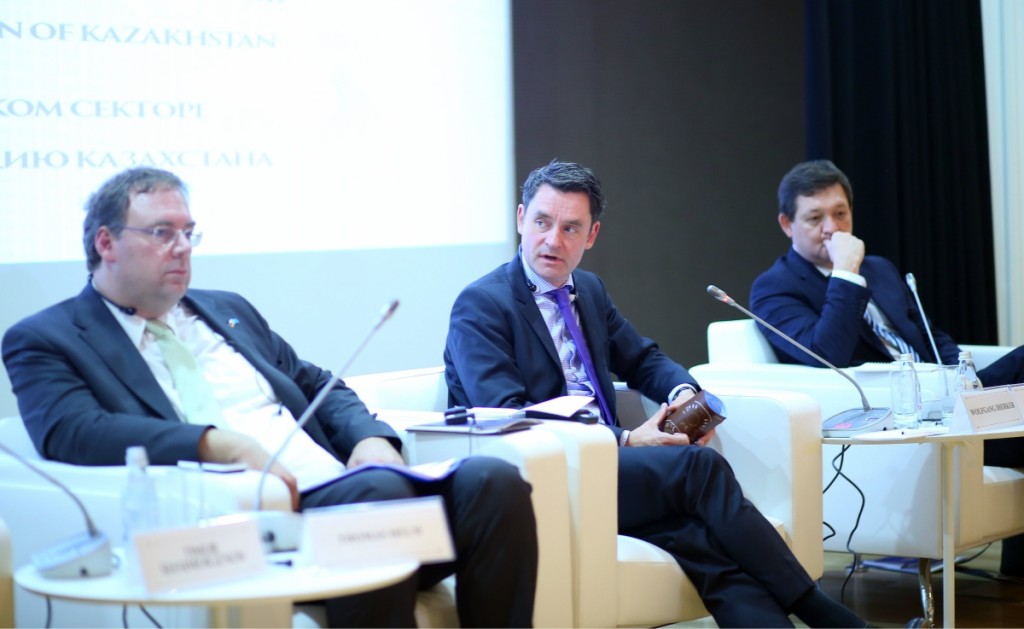 Kettebekov indicated today’s economy is the driver of the industrial Internet, with a world market totalling $1 trillion. The park of innovative technologies has launched several pilot projects, including a competence centre of mining and metallurgical complex.

“Industry 4.0 is based on the analysis. The concept of the industrial Internet leads to a factor that we have to change our views and mentality on how we can use the data. The surface mining and enriching factory are fully computerised and a series of sensors are located there. We have two projects in surface mining with the ERG and Polymetal companies, where big data is collected and the entire process is analysed virtually. The mining and metallurgical complex has a great potential for the Industry 4.0 introduction and any improvements in this sector will lead to a huge effect,” he said.

He also noted why it is necessary to implement Industry 4.0 and attract investment.

“According to the data, the top companies who are seriously engaged in the industrial Internet spend 29 percent of the total cost on this subject and get about 30 percent of the profits from these directions. These are primarily productivity, cost reduction and an increase in cost,” he said.