At the beginning of June 2016, I got acquainted with “The World. The 21st Century,” the manifesto of the President of the Republic of Kazakhstan, Nursultan Nazarbayev. The presented manifesto is unique. It is small in size, but very rich in content and scope of the most important concerns of the peoples of the world. 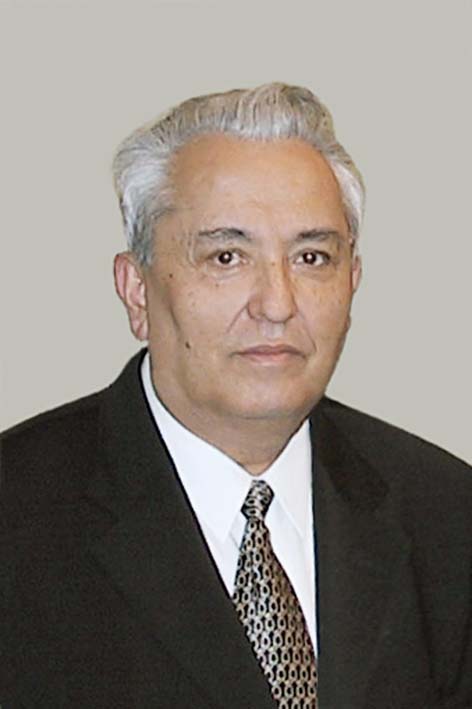 Nazarbayev declared his manifesto on March 31, 2016 in Washington, one of the key centres of contemporary global policy. Describing key concerns of the current global situation in the context of growing tension, the time of proclaiming the manifesto is appropriate. In view of this situation and analysing different factors that cause tension in the world, Nazarbayev appeals to the leaders of the world powers with anxiety to prevent further imbalance in the existing world order and take effective measures to strengthen international security.

Nazarbayev proceeds from the assumption that the new millennium was “rich” in the most significant political, military and humanitarian events which clearly displayed the new reality and global and regional changes that threaten the world order on our planet. According to Nazarbayev, the existing threats to international peace and security in their capabilities and actions are more dangerous than ever. In the 21st century, these problems are globalised and have many dangerous segments. Given this situation, the author of the manifesto proposes adequate steps to ensure peace and international security through global cooperation. Nazarbayev reminds the global community that the Earth’s civilisation has survived over 15,000 wars, i.e. three wars each year. In this case, [the question is] whether today’s generation of global leaders can prevent new devastating wars on a global scale.

In essence, Nazarbayev sees danger to peace and stability in spreading militarism, terrorism, devastation in the minds of the generation and devaluation of morals and values. Against this background, there is a process of strengthening confrontations, narrowing the field of convergence of interests between the nations and decreased interest in international security cooperation. According to the manifesto, these processes are associated with the fact that “the Treaty on Non-Proliferation of Nuclear Weapons is not fulfilling its mission.”

Turning to the terrorism problem, Nazarbayev shows the sinister character of this phenomenon as a major factor undermining international and local security. Having stemmed from a national scale, terrorism has now become an international occurrence. Terrorists are now able to expand the geography of their actions and pursue not only mercantile goals but also political ones. It is due to modern communication equipment and technology. It has the latest weapons of destruction of cities and extermination.

Taking into account existing threats to peace and security, in the manifesto Nazarbayev proposes to avoid escalating conflict between the major powers and reduce the degree of confrontation between them. In this context, the President considers it necessary that in the 21st century mankind makes decisive steps towards self-demilitarisation. Otherwise, in his opinion our planet could “turn into a huge deserted dump of radioactive materials.”

After very convincing statements about the state of the modern world, the manifesto puts forward three important tasks for international security. First, future global war will not and cannot have winners, so everybody will lose. Secondly, according to the manifesto the new war will inevitably use weapons of mass destruction – nuclear, chemical and biological ones. If this happens, death of all mankind seems inevitable. This anxiety in the manifesto is presented as a warning to the present generation of leaders of major powers and humanity as a whole.

Moreover, the manifesto defines the main focus areas to achieve peace and steps to form a world free from nuclear and other weapons of mass destruction. The author reminds the international community of Kazakhstan’s contribution to the nuclear disarmament decision. In this regard, Nazarbayev puts forward a number of initiatives of historical significance. In terms of implementing these initiatives, Nazarbayev points attention to the leaders of the nuclear powers and the United Nations.

This idea corresponds to other initiatives of Kazakhstan put forward in 1992 in the framework of the Conference on Interaction and Confidence Building Measures in Asia (CICA). Incidentally, the CICA has once found huge resonance and broad support from many leaders. In the manifesto, Nazarbayev shows his rejection of the militarisation and block system. In his opinion, the block structure of states is not free of potential security threats. The military blocks include, he said, different states which are not always aware of their responsibility for peace and security. In this regard, the manifesto makes specific conclusions on contrasting military blocks with the global coalition of the nations for peace, stability, trust and security under the auspices of the UN.

In this context, Nazarbayev sees the prospects of future development of the world through disarmament. Considering the different facets of the peace process, the manifesto essentially offers a plan to address the root causes of war and conflict. These and other live issues of the modern world were likewise covered in detail in Nazarbayev’s speech at the 70th UN General Assembly, Global Strategic Initiative 2045. Nazarbayev proposes to realise his recommendations and initiatives by the 100th anniversary of the United Nations. Summing up the recommendations of the manifesto, Nazarbayev emphasises the responsibility of national leaders for the future of the entire mankind. They should listen to reason and in any way prevent the proliferation of tensions, which is usually a harbinger of war.

In connection with the above, I want to emphasise that over the years in power Nazarbayev has indeed become an idea giver. He proposed ideas in various areas of international and regional problems. His initiatives are always deeply reasoned and meet the pressing demands of life; for example, his fully-justified proposals related to the integration processes in the post-Soviet space.

Nazarbayev is by nature a peace-making person. He is not indifferent to the events taking place both globally and especially in the post-Soviet space. When civil war broke out in Tajikistan, he was one of those leaders who directly participated in establishing peace and national accord in Tajikistan.

In conclusion, I want to emphasise that the vigorous activity of Nazarbayev is not confined to problem formulation. He always strives to ensure that his proposals and recommendations are turned into reality.

A politician with the highest level of knowledge, he has a clear vision of the future. As already noted, all of Nazarbayev’s initiatives are seen from the perspective of the current military political situation in view of its multifaceted development. Such a systematic, integrated approach enables the author of the manifesto to see and feel the picture of the modern world with its strengths and shortcomings.

As an experienced statesman of global scale, Nazarbayev always subtly feels the pulse of international events, seeks to further analyse a situation and gain insight into its details. He is one of the most influential public figures who can rightly be regarded as a patriarch of the international policy of the 21st century. People like Nursultan Nazarbayev make history.