By Kamila Zhumabayeva in International on 22 June 2016

ASTANA – Kazakh Minister of Foreign Affairs Erlan Idrissov presented detailed information about the current activities of the ministry and highlighted prospective tasks of Kazakh diplomacy in the international arena during his first formal meeting with the public held June 20 in the capital. 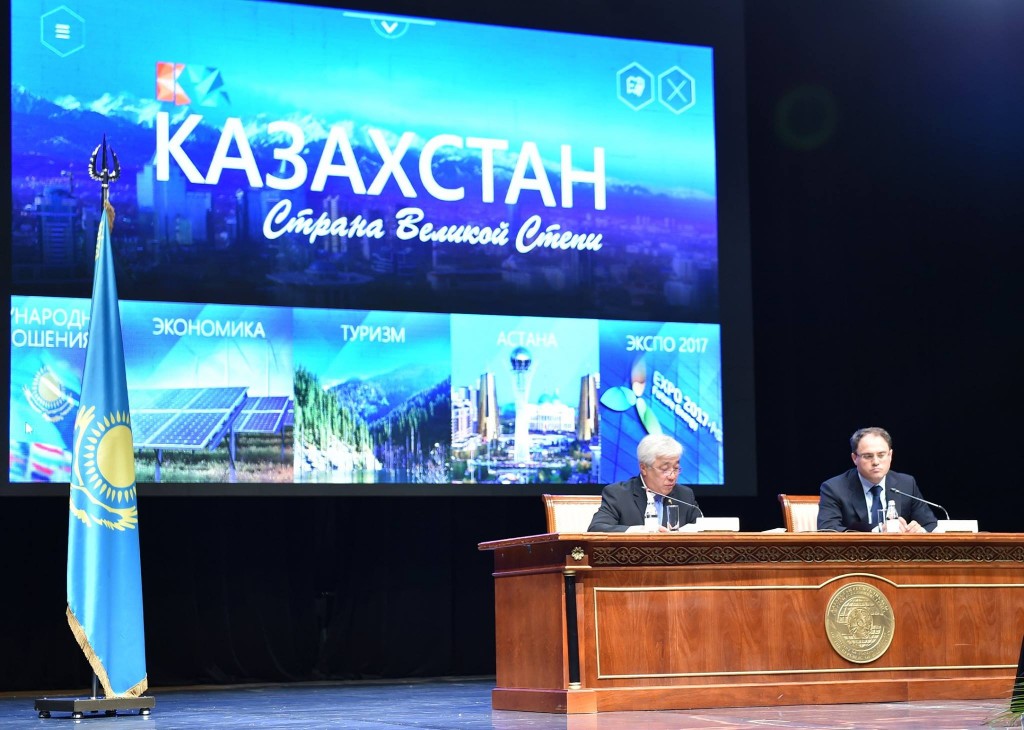 He emphasised that due to the country’s dynamic development and peace-loving and active foreign policy of President Nursultan Nazarbayev, Kazakhstan currently occupies strong positions in the world and enjoys respect among countries.

“Our country has rightfully become an established leader in the field of nuclear disarmament and an active moderator in the dialogue of cultures, religions and civilizations,” said Idrissov.

Kazakhstan maintains diplomatic relations with 180 nations and has set the task to enter the list of 30 most developed countries. 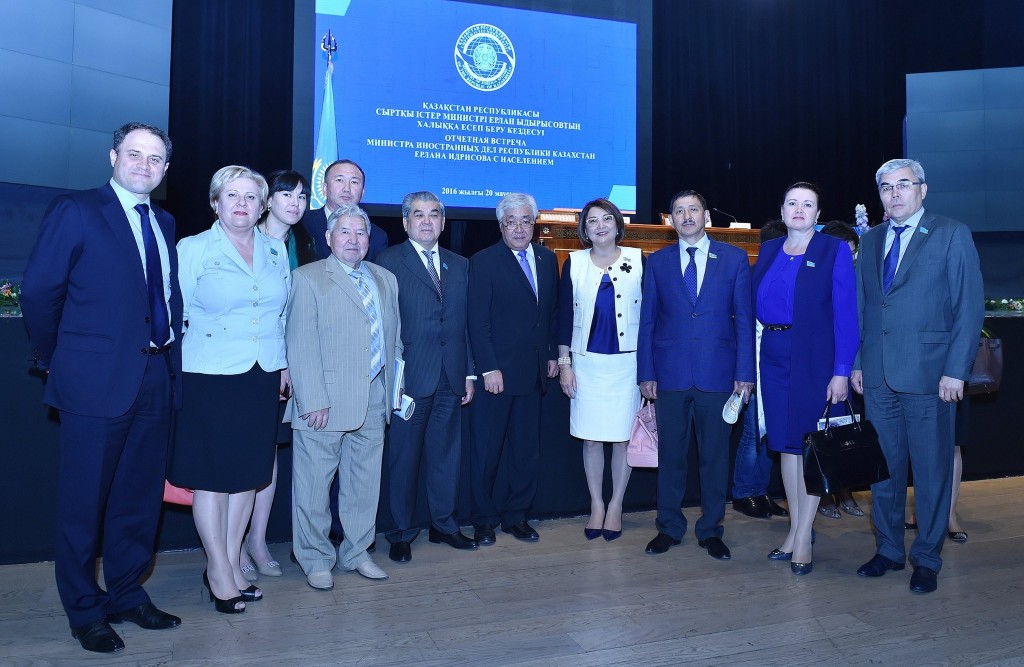 “We build friendly, trustworthy relations and beneficial economic ties with large and small states in the east and west, north and south. We closely cooperate with Russia and China, the European Union (EU) is our biggest trading partner, while the U.S. is the second biggest foreign investor after the EU. We are working on developing friendly, beneficial relations with our brotherly countries and closest neighbours in Central Asia. We are developing cooperation with key countries of the Arab world, Asia, Africa and Latin America,” said the minister.

Developing a relationship with African countries is one of the newer, but at the same time important directions in Kazakhstan’s foreign policy.

“Despite the geographic remoteness, we intend to develop beneficial relations with the region’s counties. As of today, Kazakhstan has embassies in the South African Republic, Ethiopia and Egypt. Diplomatic relations with most of the continent’s states were established. Today, the states of the African continent are involved more deeply in international economic and political processes,” said Idrissov. 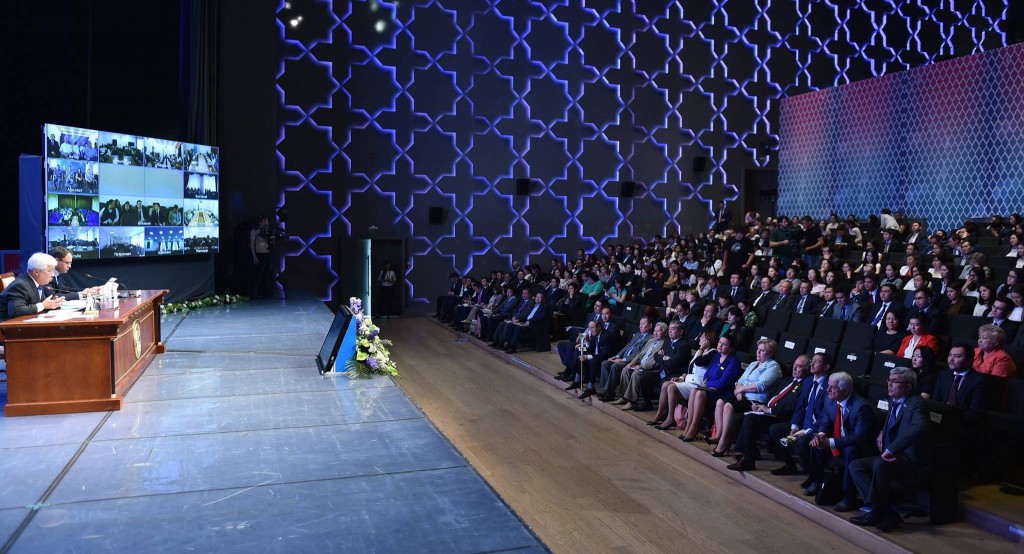 He added creating favourable external conditions for political, economic and social transformations inside the country and protecting national interests in an international arena were and remain the main priority of the ministry’s work.

Idrissov named the expanded Foreign Ministry meeting chaired by Nazarbayev Feb. 3 as a key event. The session reviewed the interim results of Kazakhstan’s foreign ministry activity through 25 years of independence and laid new groundwork for further tasks on protecting and promoting the country’s national interest on a worldwide scale.

The head of state tasked the Foreign Ministry with strengthening the work to attract foreign investment and technology within implementing industrial and innovative projects, the Nurly Zhol programme, the Kazakhstan 2050 Strategy and promoting exports to foreign markets.

The minister noted potential foreign investors from several countries will soon be able to receive the necessary consultations without leaving their nations.

“Together with the Ministry of Investment and Development, we will designate special investment advisors in Kazakhstan’s embassies in 10 countries – the U.S., China, Japan, Germany, France, the U.K., Italy, South Korea, India and Iran. Each of these consuls will have the authority for working across the whole region,” said Idrissov.

He added the front offices of Kaznex Invest, the national export and investment agency, will be opened in the world’s five leading financial centres for on-site investors’ quality support.

“These are [to be set up] in New York, Frankfurt, Dubai, Istanbul and Beijing. Thus despite the current global and regional financial and economic instability, we are building up efforts on attracting foreign investment aimed primarily at establishing new jobs and transferring technologies,” he said.

Particular emphasis was given to developing partnerships with Central Asian countries.

Idrissov stressed the challenging trends of world political development, economics of the last years and realities of our day confirm the strategic importance of Kazakhstan’s multi-vectored foreign policy.

A Kazakhstan the Country of the Great Step mobile app was created by the ministry as part of the 100 Concrete Steps Plan of the Nation and was presented by Idrissov at the event held at the Kazakh Media Centre. It aims to present information about Kazakhstan in vivid and convenient form to a wide national and foreign audience. The app, is available for download from the AppStore, Play Market and on the ministry’s website, www.mfa.gov.kz.