By Malika Orazgaliyeva in International on 9 June 2016

ASTANA – The Council of Heads of Governments of the Commonwealth of Independent States (CIS) discussed cooperationin the spheres of economy, industry, energy, innovations and health care, during a meeting in Bishkek, Kyrgyzstan June 7. Prime Minister of Kazakhstan Karim Massimov attended the event. 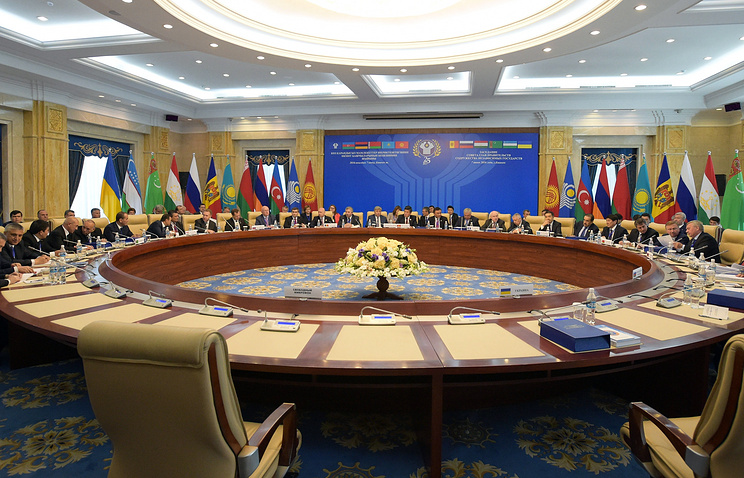 In particular, at a closed-door meeting, the heads of delegations debated the amendments to a single budget of the CIS structures for 2016, informed Chairperson of the Executive Committee and CIS Executive Secretary Sergei Lebedev. Also, they heard a report of the executive committee on implementation of the protocol decision of the Council of CIS Heads of States concerning proposals of Kazakhstan of Oct. 16, 2015.

“During the meeting, a constructive conversation and exchange of views on improvement of the CIS activities were held. The participants adopted a protocol decision appointing the CIS Council of Permanent Plenipotentiary Representatives, Economic Council and the Executive Committee to consider all the comments, opinions and views expressed during the closed-door meeting,” Lebedev said, according to primeminister.kz.

In general, more than 20 draft documents designed to strengthen cooperation among CIS countries were reviewed.

Opening the meeting, Prime Minister of Kyrgyzstan Sooronbai Jeenbekov said that Kyrgyzstan places great importance on the country’s chairmanship in the commonwealth, especially during the 25 anniversary of the CIS, bnews.kz reported.

“It is necessary to strengthen trade and economic cooperation between the CIS and the Eurasian Economic Union (EAEU). In our view, it is possible to consider the introduction of a full-term free trade regime between the two integration associations, which will contribute to strengthening the competitiveness of our countries, especially in times of economic crisis,” Jeenbekov said.

Jeenbekov noted that more than a third of documents included in the agenda of the meeting were designed to increase humanitarian cooperation.

“We approved conceptual documents on countering oncological diseases, prevention and treatment of diabetes. One of the maintopics of discussion was the issue of optimisation and adaptation the CIS to modern realities,” Jeenbekov added, informed kyrtag.kg.

According to Jeenbekov, the meeting confirmed the need to maintain the CIS as a regional intergovernmental organisation. The parties reached a common understanding on simplification of the agenda of the following meetings of the Council of Heads of States and Council of Heads of Governments.

The next meeting of the Council of Heads of Governments will take place in Minsk on Oct.28, Lebedev said.

Following the event, Massimov and Jeenbekov held a bilateral meeting in the Ala Archa state residence.