ASTANA – The Embassy of India in Astana organised special events to celebratethe second International Day of Yoga in Astana and Almaty on June 19. Karaganda is expecting the event on June 26. 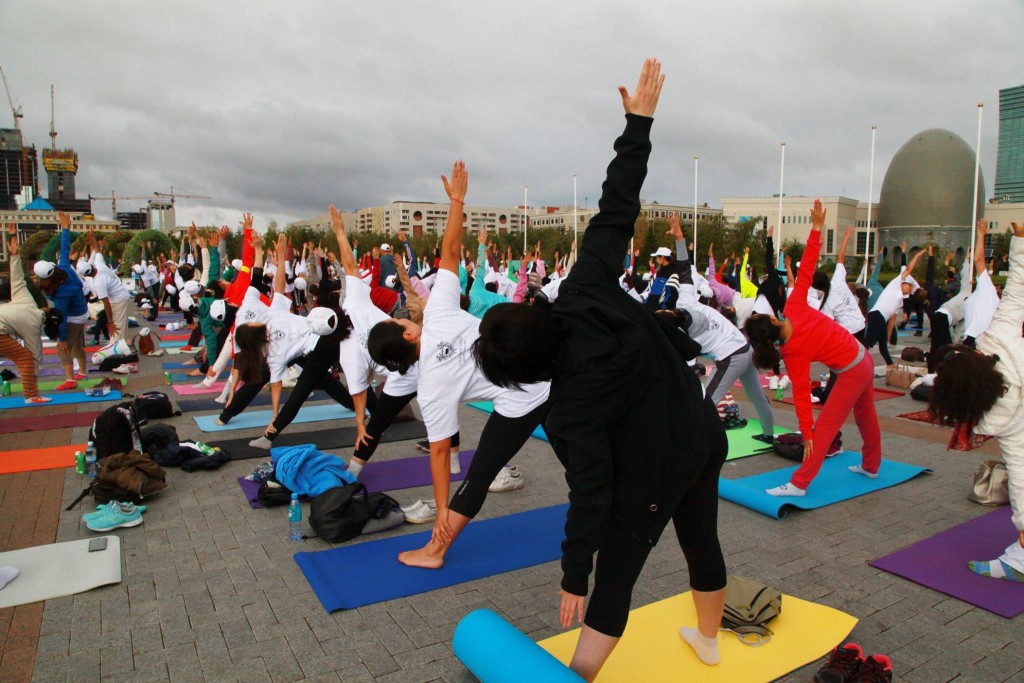 In the capital the celebration was in front of the Baiterek monument with the participation of 425 people. It started with a welcome address by Ambassador of India in Kazakhstan Harsh Kumar Jain, who also read out Prime Minister Narendra Modi’s message on the second International Day of Yoga.

The Kazakh government was represented by Serik Zharasbayev, deputy chairman of the Committee of Sports, Ministry of Culture and Sports. Ambassador of South Africa Shirish Soni and Ambassador of Norway Ole Johan Bjørnøy also spoke on the occasion. 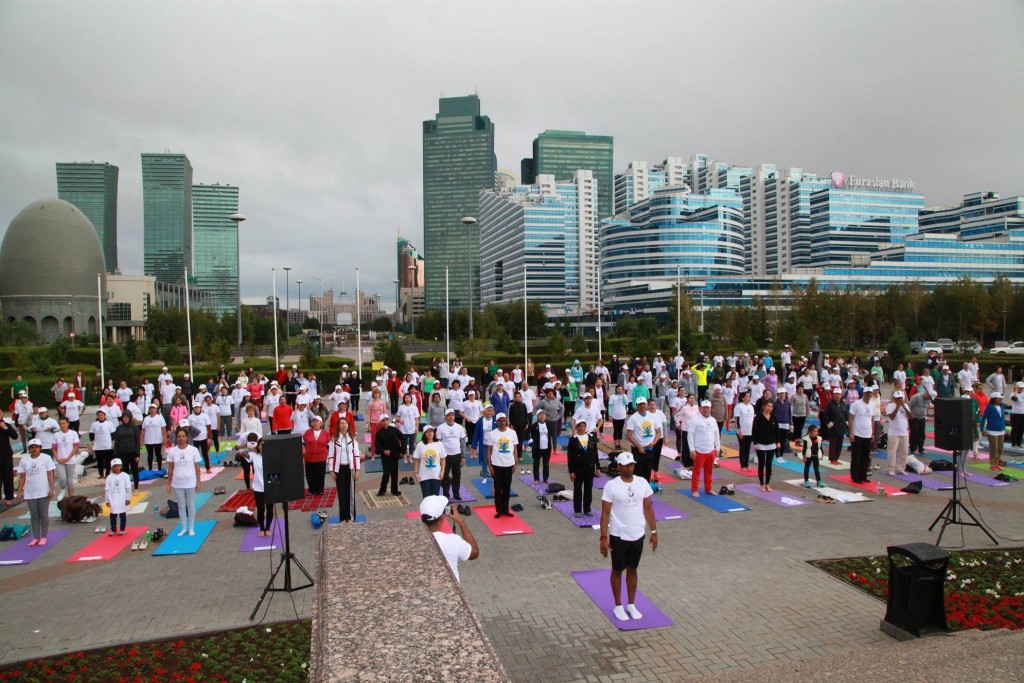 In Almaty, the celebration was held at the main auditorium of Al-Farabi Kazakh National University. Special yoga sessions and Indian cultural performances continued throughout the day at the venue until the evening.

In Karaganda, the celebration will be held in Central Park at 9 am.

June 21 was declared International Yoga Day by the United Nations General Assembly and was celebrated for the first time last year.