An international team of historians and archaeologists has started large-scale excavations of five ancient monuments in East Kazakhstan, reported the InfoCentre of the region. 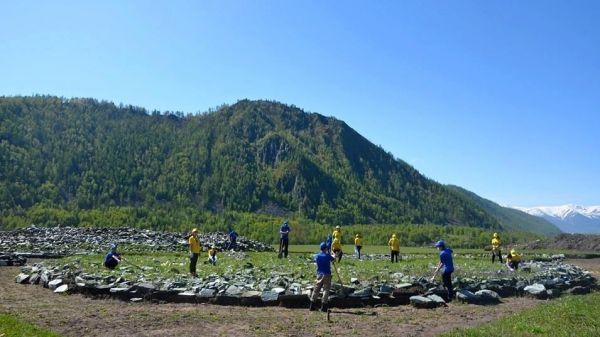 The archaeological expeditions are being conducted in the Berel mounds in the Katon-Karagai district, the Shiliktinsk Valley in the Zaisan district, Ablaikit fortress-monastery in the Ulan district, Kyrykungir monuments in the Abai district and Eleke Sazy in the Tarbagatai district.

The team consists of 20 experts from 10 countries, including professors and scientists from Japan, Great Britain, Hungary, Turkey and China, as well as geo-archaeologists from Italy, Belgium and Russia. At the moment the scientists are conducting air-photography and geo-scanning of the research area.

The research is going to last three years and will be divided into several stages. The gathered results will be published and presented at the Valley of the Kings forum. The regional administration has allocated 100 million tenge (US$296,000) this year to support the scientific project.

“It is important that we actively work on the implementation of the development plan on archaeological activities in light of the 25th anniversary of Kazakhstan’s independence. We have invited archaeologists from around the world, as our mounds deserve much attention of the world known scientists,” said Akim (Governor) of the region Daniyal Akhmetov.

According to professor of historical sciences, Zeinulla Samashev, the quality of research has shifted to a higher level, and the involvement of foreign experts is beneficial for both sides.

“Our challenge is not only to find artefacts for reconstruction, but the further use of archaeological findings for patriotic education and development of science and technology, as well as tourism. I also hope this step will bring us closer to the establishment of a major scientific centre in Kazakhstan,” said Samashev.

The recent research conducted in the Ablaikit fortress has gathered information about the spread of Tibetan Buddhism in Kazakhstan. On the Berel mounds, the working group of architects and restorers plan to build an open-air museum.