By Malika Orazgaliyeva in People on 7 June 2016

ASTANA – Kazakh opera singer Maria Mudryak, who lives in Italy, took part in the city’s festivities devoted to the Year of Italian Culture in Kazakhstan. She performed her only solo concert in May on the stage of Astana Opera House. 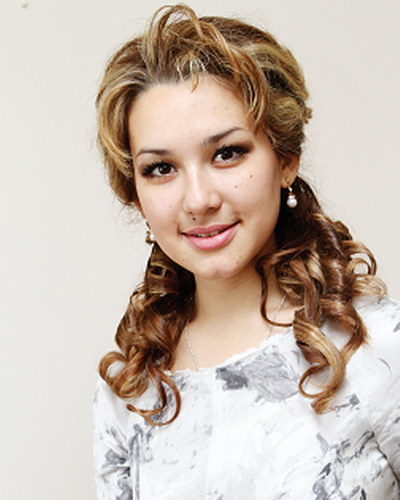 Mudryak has many world tours planned to European countries and her schedule is busy until 2018. As a result, she can only perform in her native country two or three times a year, but proudly notes that her motherland is always written next to her name on posters. In 2008, the Kazakh Ministry of Culture and Sports awarded Mudryak a diploma for her contribution to raising the awareness about the country abroad.

“Every time I perform on the stage of Astana Opera House, I am proud of our country and feel the desire to show our people beautiful music of the great composers,” she said, according to Liter.kz.

At 22, Mudryak has two diplomas from prestigious Italian institutions of higher education, yet taking the first steps in Milan was not easy for her mother and her. At age 10 Mudryak moved to Italy to study opera, singing at the Higher National Academy. Four years later as an exception, she entered Giuseppe Verdi Conservatory in Milan, graduating with honours at 18. In her words, Kazakh President Nursultan Nazarbayev paid for her education in both in the academy and conservatory through the Bolashak education programme. The family rented apartments with the scholarship money, whereas concert dresses were presented to her as presents, she said.

“There was a time when we could afford only spaghetti. However, precisely because of those difficulties, I realised how important it is to appreciate what you have,” added Mudryak.

In addition to Russian, Mudryak has perfected Italian and English and also speaks French and German. The singer is constantly learning and improving her skills to perform various parts.

“I am still only 22 and do not think of having a family. Moreover, I even never kissed. All my thoughts are about love of opera,” she admitted.

In 2013, Mudryak was a finalist in the Benvenuto Franci Opera Competition, won second prize in the Magda Olivero International Voice Competition and was named “Best Female Voice.” A year later, she was a winner of the 65th Aslico competition, then performed at EXPO Milano 2015.

“Only megastars like Placido Domingo or Anna Netrebko can receive a lot of money for their performances. As for me, I am just a rising star of opera singing and my fees are much lower. Almost all of it I spent on travel, accommodations, lessons with pianists and so on. It is very important to train with highly-qualified specialists, which is quite expensive and must be paid at the expense of the singer,” she said.

Mudryak noted Maria Callas, one of the most influential opera singers of the 20th century, is her idol in the world of music.

“Today my repertoire consists of 12 roles. I really love each of my characters and try to understand them as best as possible. One of the most loved is the role of Violetta in Giuseppe Verdi’s ‘La Traviata,’” she said.

Mudryak plans to hold a number of concerts in Italian theatres. In July, audiences will see her perform Violetta and in September and October, Susanna in “Le Nozze di Figaro.”

The public compares Mudryak with Callas, because like the late artist, she is a dramatic and lyric coloratura soprano. Some even think Callas’ soul lives on in Mudryak. The Kazakh singer also employs the bel canto technique, one of the hardest in virtuoso singing, according to European experts.