By Artur Abubakirov in Nation on 5 June 2016

ASTANA, June 5 – Six people, including two Kazakh soldiers, one shop assistant and three attackers, were killed and 11 were wounded in today’s multiple shootings in the city of Aktobe in the west of Kazakhstan, authorities announced. Authorities were continuing to search for the shooters at press time and have instituted an anti-terrorist operation (ATO) mode in the city, Almas Sadubayev, director of the Department of State Language and Information of the Ministry of Internal Affairs of Kazakhstan said. 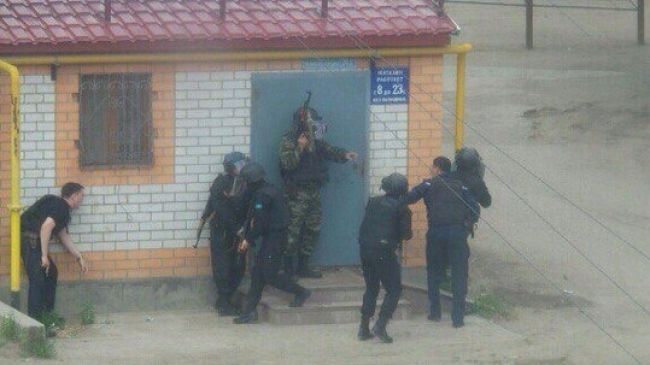 “Today, at 2:45 p.m. local time, 3:45 p.m. Astana time, the Department of Internal Affairs of the Aktobe region received an alarm message about an attack on the Pallada weapons shop in Aktobe by unknown persons. At 3:45 p.m. local time, it got information about another attack on another gun shop and the military unit of the National Guard,” Sadubayev reported.

According to Sadubayev, a Pallada shop assistant was killed and one customer was injured during the attack. One Kazakh Army officer and a contract service soldier were killed and nine other military men were injured while countering an attack at the Kazakh National Guard unit. “Upon actions taken, one of the attackers was arrested and three were killed and one was injured. Several criminals were blocked and several attackers managed to escape. Necessary actions are being taken to find and arrest them,” Sadubayev said.

“An anti-terrorist operation regime was declared in the city of Aktobe while all entertainment facilities and public transport suspended their activities,” he added. 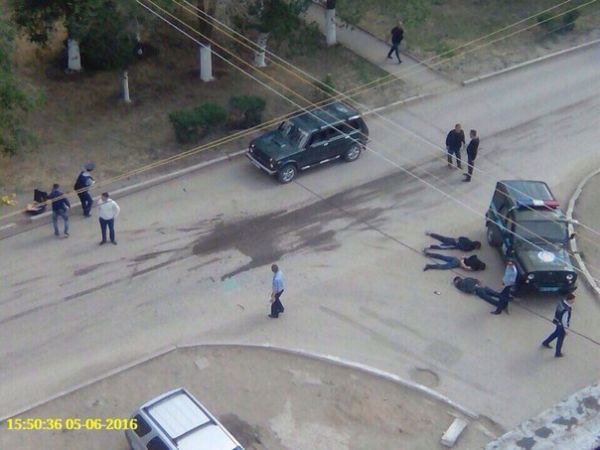 Citizens were advised to stay inside and remain on alert.

As was previously reported by local residents via social media, unknown persons robbed arms shops in the area of Sputnik in the city’s fifth district on Zhankozha Batyr Street. According to unofficial information, men 24-30 years old attacked a military unit and the Ilek district police building. The city’s MEGA and Sity-center shopping malls and other public facilities were evacuated and closed.

Erlan Karin, director of Kazakhstan’s Institute of Strategic Studies and an authority on regional security matters, said the attack may have been organised by a local radical sleeper cell whose members could have been inspired by ISIS internet videos. In an interview with Vlast.kz on June 5, he said such messages promoting religious extremism have been intensifying and that ISIS recently issued several video messages in relation to Kazakhstan, including as recently as one week ago. The attacks, according to Karin, could have been carried out by a sleeper cell without direct connection to a foreign terrorist organisation.

He also added that the attacks are reminiscent of the attacks in the southern city of Taraz in 2011 where a gun shop was first attacked before attackers turned their weapons against the police, and those in Atyrau in 2012 when radicals attacked a police station.