South African Ambassador Shirish Soni and I brought a topic to the Astana and Almaty students which was only a week old – the Panama Papers. It may have been an esoteric subject for the rest of the world, but for the informed and brilliant students of the Silk Road nothing is unfamiliar or uncomfortable. They are the true masters of everything new. We travelled with them through political intrigues and the corridors of financial power. 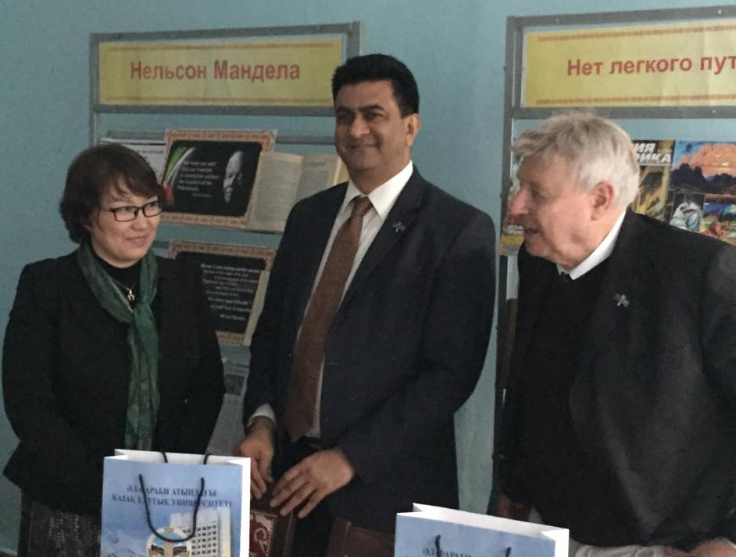 Then it was the students’ turn to take us through an introduction to the dynamic young men and women of Kazakhstan. We were enchanted.

I tried to do an ice-cold comparison with my students in Texas and Paris. If, in my attempted objective evaluation, I came down in favour of the Kazakhstan students, I found myself obliged to seek to analyse the factors which pushed me in their favour. These were primarily their positions in relation to the past, the present and the future.

What struck Ambassador Soni and me at once was the students’ knowledge and awareness of the past. With laughter and charm we kicked off our history of organised crime with Al Capone, who advised that “once in the racket, you’re always in it.” Next, the students had a wry smile for Slick Willie Sutton who answered the FBI when they asked him why he had robbed more than 100 banks: “Because that’s where the money is.” When he left jail, Sutton became an expert consultant on bank security.

Then we reviewed the world of today with the students. The Panama Papers have revealed frightening levels of corruption worldwide. Corruption is estimated to be at least a $40 billion-a-year business. Every day, funds destined for schools, healthcare and infrastructure in the world’s most fragile economies are siphoned off and stashed away in the world’s financial centres and tax havens. Corruption, like a disease, is eating away at the foundation of people’s faith in government. It undermines the stability and security of nations. So it is a development challenge in more ways than one: it directly affects development assistance, but it also undermines the preconditions for growth and equity. Most impressively, Kazakhstan students show great clarity and hold strong views on the morality of what is right and what is wrong.

Collectively, we guided discussions to the future. What to do about the existing patterns of political and fiscal corruption? So powerful and clear were the views expressed by the students that we can all hold hope for an improved economy where we can look forward to the students of Astana and Almaty playing an effective and constructive role in developing a brave new world for all to share.

The author is the professor and a prominent expert on international tax planning.