By Azamat Syzdykbayev in Nation on 7 May 2016

ASTANA – The Kazakhstan Centre for Modernisation and Development of Housing and Communal Services moved this year to a new building equipped with energy-saving wind and solar energy systems. The building will serve as a test for the systems with an eye towards introducing them into new construction nationwide. 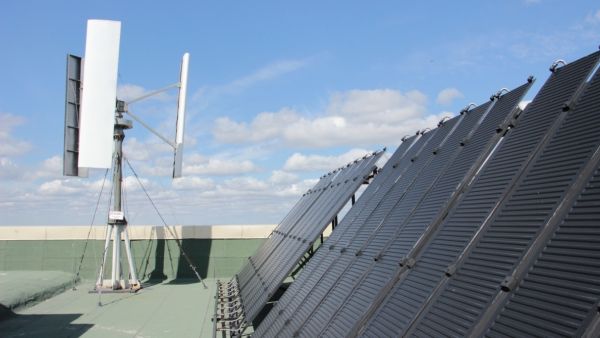 The solar panels added to the building collect energy from the sun and generate electricity. The wind turbine is not working yet, but will be put into operation soon.

According to Deputy Chairman of the Centre Serik Amanbayev, the building hasn’t been put into operation completely, but is partially functioning now. The building is equipped with a completely independent energy supply system based on solar panels and wind turbines, which produce electricity and heating.

“This is kind of an experiment and the main purpose is to identify the effectiveness of such systems. If our expectations to reduce costs for domestic services will be realised, the same systems will be distributed across the country in the future,” said Chairman of the Centre  Sergey Chaizhunusov. 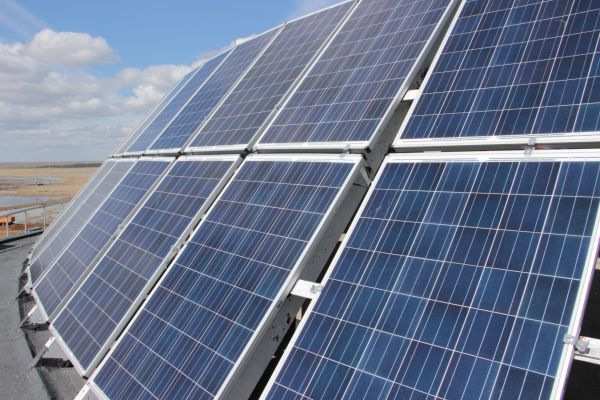 It was reported that the building will be put into full operation before the end of the current year and by the beginning of EXPO 2017 will become a working model of energy-efficient buildings constructed in Kazakhstan.

The chairman also said that the process of implementing energy-saving systems should be included in the design stage before the construction work begins, that is why it is impossible to equip already constructed buildings with such a system. 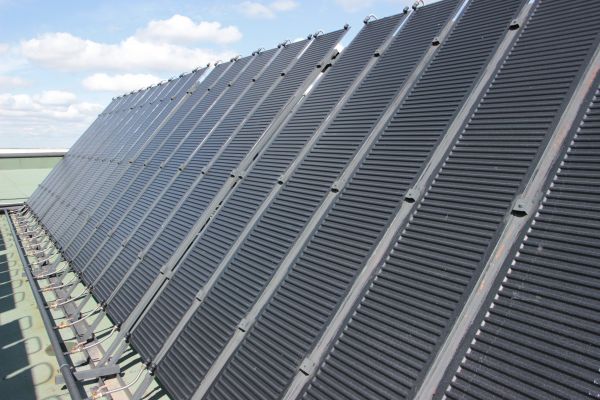 Gas, water, steam and energy metres are going to be installed in all buildings. An additional 12 billion tenge (US$36.4 million) has been allocated for the purpose.

In addition it was decided that, as part of the compulsory work during an overhaul, special automated heat points should be introduced in buildings. This will help to automatically adjust the temperature in the whole house depending on weather conditions outside.

“The system will operate throughout the year, so that people won’t need to open windows when it’s too hot, or provide additional thermal insulation when it’s too cold, as the temperature will be regulated by heat points. I hope these measures will pay off during the foreseeable period of time,” Chaizhunusov concluded.