By Zhanna Shayakhmetova in International on 5 May 2016 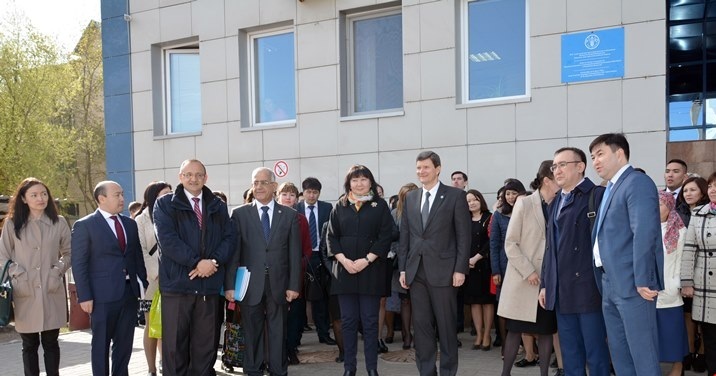 ASTANA – In collaboration with the Kazakh Ministry of Agriculture, the UN Food and Agriculture Organisation (FAO) partnership and liaison office to support agriculture and food security in Central Asia opened in the city on April 28.

FAO’s Assistant Director-General and Europe and Central Asia Regional Representative Vladimir Rakhmanin and Kazakh Deputy Minister of Agriculture Gulmira Issayeva participated in the ceremony. An agreement between the government and FAO to establish the office in Kazakhstan was signed May 23, 2015, according to a Ministry of Agriculture press release.

Opening the office in the country is an indicator of the nation’s readiness to support the international coordination efforts to ensure food security. The main advantage for Kazakhstan is an opportunity to work closely and efficiently with FAO and its member countries, reported Bnews.kz. 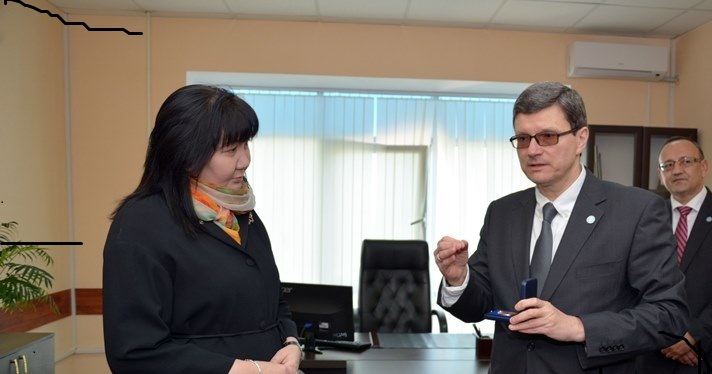 “We consider Kazakhstan as an agricultural power, not only of regional but also of global significance. The achievements in the sphere of agriculture are significant and we are ready to assist Kazakhstan to develop further using FAO’s world-class knowledge. We intend to work in close partnership with the Kazakh government and now we have set the priorities. The Kazakh Ministry of Agriculture has raised important issues including organic farming, construction of an agricultural education system and food security,” said Rakhmanin at the event.

The office will reach beyond Kazakhstan’s borders, as it is the first of its kind in Central Asia. FAO Offices in Kyrgyzstan and Tajikistan have other functions.

“The agricultural potential in Kazakhstan is high and I believe Kazakhstan can play one of the determining and coordinating roles in Central Asia,” said Rakhmanin.

He presented Issayeva with a commemorative medal dedicated to FAO’s 70th anniversary and recognising Kazakhstan’s contribution in the development of the organisation.

The use of FAO-provided information resources and technical and advisory support are significant, as the country’s agriculture faces major challenges to enhance the industry. The office is also expected to cooperate with the Islamic Organisation for Food Security.