Kazakh professional boxer Beibut Shumenov recently earned his 17th victory and the WBA regular champion belt in the first heavyweight division in Las Vegas with a technical knockout in the 10th round over American fighter Junior Anthony Wright. 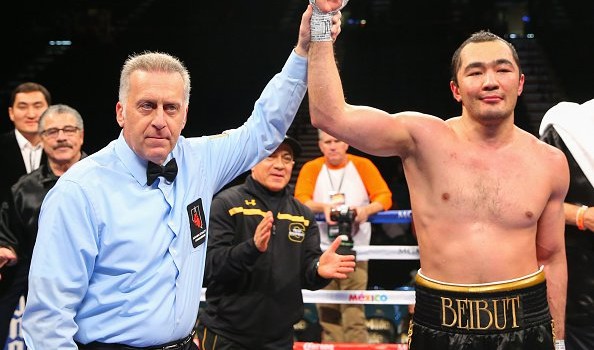 “Obviously, of course, I am happy for Beibut,” said famous Kazakh boxer Kanat Islam of Shumenov’s recent title bout. “Immediately after the fight, I talked to him and congratulated our batyr (hero). I want to congratulate the country on another victory of our fighters. I wish him to continue to glorifying Kazakhstan in professional boxing.”

“Beibut’s road in professional boxing was very arduous. He did not have a personal trainer, manager or promoter. He dealt with all the issues himself. There were other difficulties too. Shumenov has passed many tests and was able to overcome them. To be honest, I treat Shumenov with considerable respect. I view him as an example for myself. Not everyone has the strength to achieve this, performing abroad. Beibut is afraid of nobody. He is a brave man. Just the other day, I talked with him, and he told me then that he was ready to box with any opponent. Right now, he is confident in his abilities – it’s worth it. In it we see the power of the Kazakh spirit,” noted Islam.

Shumenov will next fight Russian Denis Lebedev in Moscow.