By Aiman Turebekova in International on 21 May 2016 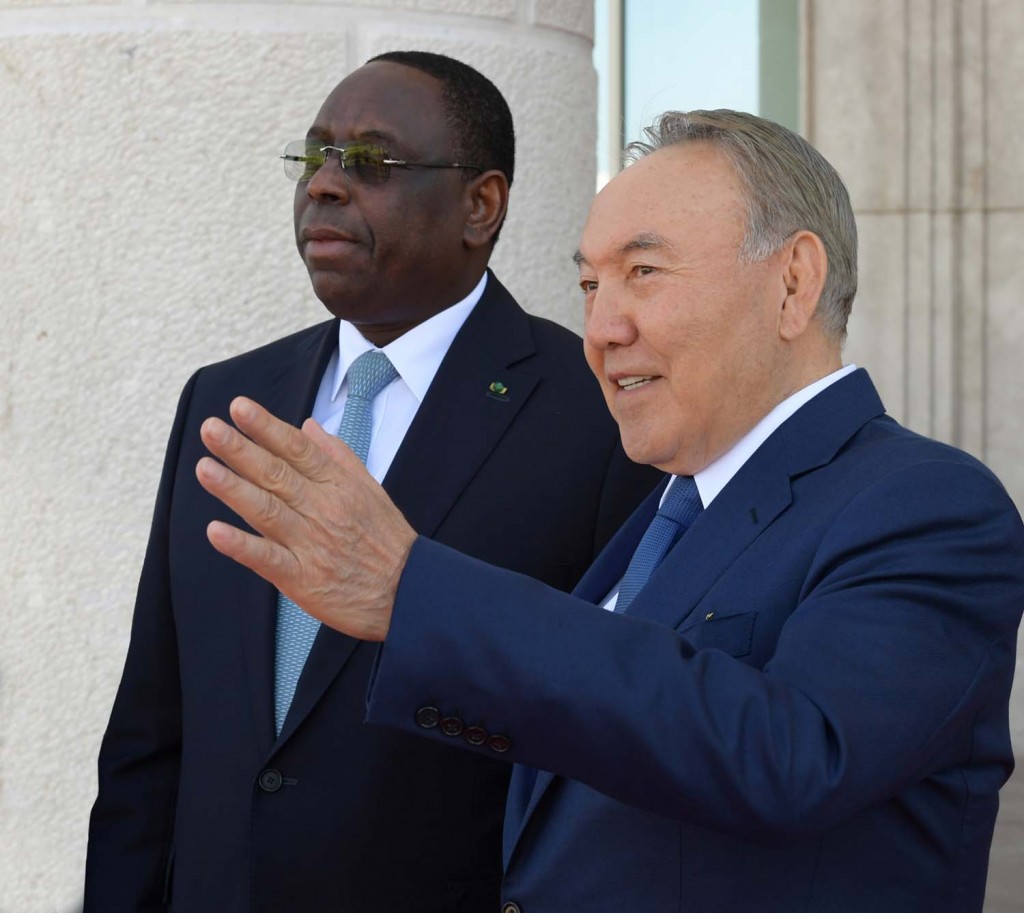 ASTANA – Senegalese President Macky Sall confirmed his country will vote for Kazakhstan in the nation’s bid for a non-permanent seat on the UN Security Council for 2017-18. The vote will be held in June as part of the 70th session of the UN General Assembly.

Sall came to Kazakhstan May 20 and President Nursultan Nazarbayev said his first visit to the country laid a foundation for future cooperation.

“In the context of rapprochement with the African continent, this visit has profound significance not only for our country but for the entire region of Central Asia. I am sure that Kazakhstan and Senegal can conduct mutually-beneficial cooperation on a wide range of issues. The similarity of positions of our countries allows us to engage in multilateral institutions,” he added. 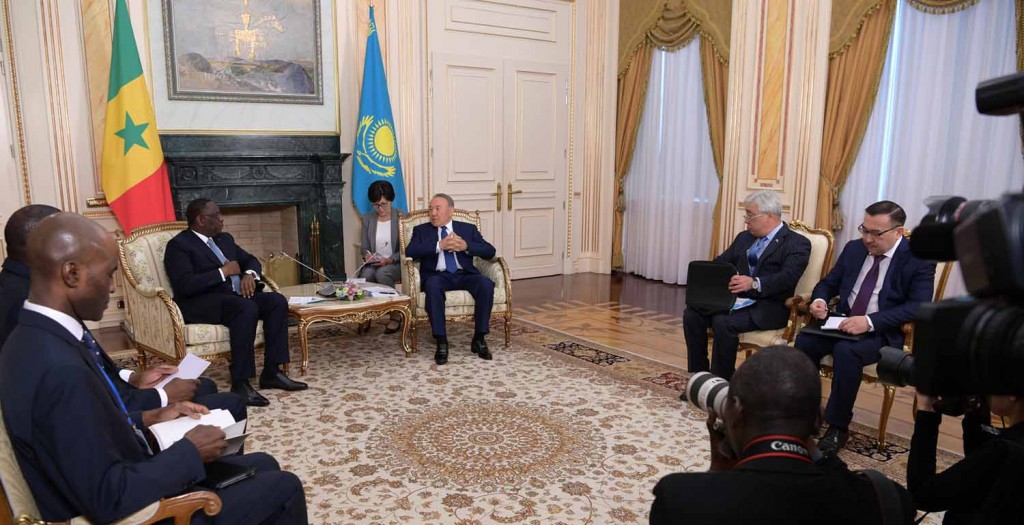 The President indicated Senegal’s leader supports Kazakhstan’s idea for establishing a single global network under the auspices of the UN in combating international terrorism and extremism.

“Being members of a Muslim community, we have agreed to cooperate in the framework of the Organisation of Islamic Cooperation (OIC). In particular, this applies to Kazakhstan’s initiatives on holding Islamic Infrastructure Integration, the OIC summit on science and technology, in 2017 in Astana. The Senegalese side supports our proposal for creation of the Islamic Organisation for Food Security, which is headquartered in Astana,” he said.

The sides also touched on the theme of preserving the unity of the Muslim countries and emphasised the issue of reconciliation in the Islamic world. The Kazakh leader invited the Senegalese delegation to participate in the Sixth Congress of Leaders of World and Traditional Religions in 2018.

In the course of the negotiations, Nazarbayev noted special attention was paid to issues of trade and economic cooperation.

“Nowadays, this aspect of our interaction is not well developed due to geographical remoteness as well as [the lack of] well-functioning transport logistics. However, the energy, agriculture and banking sectors are among our potential areas of cooperation. I hope that Senegal will take part in EXPO 2017,” he added.

The parties also agreed to expand cooperation in the fields of culture, education and sports. Kazakh football clubs perform successfully with Senegalese athletes.

Nazarbayev noted the African continent, with more than a billion people, has considerable natural resources.

“This continent will develop dynamically. I think that it has a great future in the 21st century. Kazakhstan desires to increase its presence and expand its cooperation with African countries,” he added.

The President congratulated his Senegalese counterpart and the nation’s people on the upcoming Day of Africa and wished all the countries of the continent prosperity and well-being.

Nazarbayev ended by thanking Sall for the informative, confident and fruitful dialogue and expressed assurance the agreements reached will contribute to the deepening of bilateral cooperation in all areas.

Sall said the Senegalese side appreciates Kazakhstan’s efforts in terms of modernisation.

“Astana embodies the policy of Kazakhstan. I want to emphasise the role of your country in the region and beyond as part of the promotion of peace and the initiatives put forward by you. We also fully support your initiative for the establishment of interfaith dialogue and countering international terrorism and extremism,” he added.

Senegal intends to use Kazakhstan’s experience in developing the mining, high tech and agriculture industries. Sall also congratulated the country for winning the right to host EXPO 2017 and confirmed his nation’s participation. He invited Nazarbayev to visit Senegal to further strengthen cooperation.

The next meeting of the presidents is expected to take place in September during the G-20 Summit in China.