ASTANA – Kazakh Minister of Energy Kanat Bozumbayev said the Ministry plans to use special auctions to purchase renewable energy from energy-producing companies. The auctions will make the selection process for projects and investors transparent and clear, increasing the effectiveness of technologies and minimising influence on tariffs. 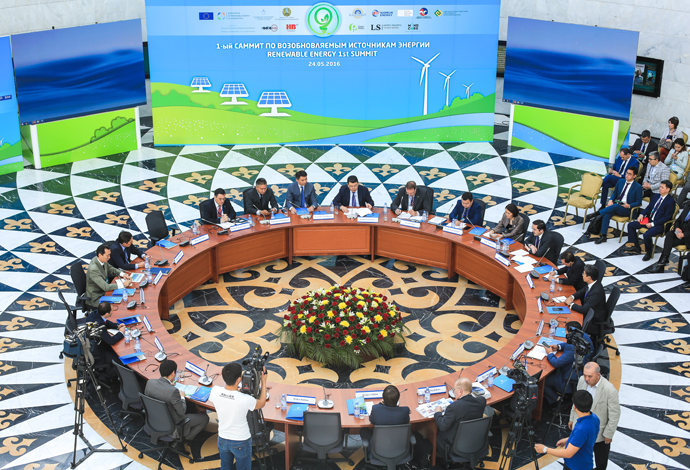 “First of all, the government will make a renewable energy sources map which will indicate suitable locations, types of sources and capacity in terms of climatic conditions and in terms of power system stability and network bandwidth. The map will be in the public domain. This is what we will have done by the end of the year. Then, we will gradually launch auctions for the purchase of electricity in those regions. The winning companies will sell it at market price,” he said.

“Meanwhile, Kazakhstan intends to strengthen cooperation with the European Union (EU) in the development of renewable energy. Last year, our country signed an enhanced partnership agreement with the EU . One of the chapters of the document is dedicated to renewable energy sources. The countries will cooperate in joint work to improve the legislative framework in this field, exchange statistical data and implement joint projects,” said Bozumbayev, according to Kazinform.kz.

The Minister emphasised state support of renewable energy in the country is based on long-term policy and realised by means of developing and improving the standard and legal base. The decision to introduce the auctions was made contingent upon the analysis of best world practices, cooperation with European states, international organisations and institutions and participation in seminars, summits and workshops to improve the legislative base.

Bozumbayev stated three percent of electric energy will be green in overall energy balance. The new mechanism of energy purchase will enable the Ministry to accurately define participants’ responsibility in the renewable energy market both at generation and by consumption transfer.

“There is already an open opportunity for Kazakhstan to participate in the [EU’s] Horizon 2020 programme. Its idea is that people who work in the institutions, researchers and scientists gather to implement specific projects. They participate on the basis of the tender. If the project is really competitive, the EU will finance it. In addition, within EXPO 2017 in Kazakhstan there are plans to hold an international contest of start-ups in the field of renewable energy. According to the country’s Ministry of Energy, it is expected to attract major oil companies in the world which will contribute to the development of the industry,” said Traian Hristea, head of the EU delegation to Kazakhstan.

Approximately 48 projects on renewable energy production have been launched in the state to date, with plans to implement more than 100 projects by 2020.