By Malika Orazgaliyeva in International on 10 May 2016

ASTANA – Kazakh President Nursultan Nazarbayev discussed bilateral cooperation as well as international and regional issues with Russian President Vladimir Putin during a May 8-9 trip to Russia. Nazarbayev also participated in the grand Victory Day Parade in Moscow’s Red Square May 9. 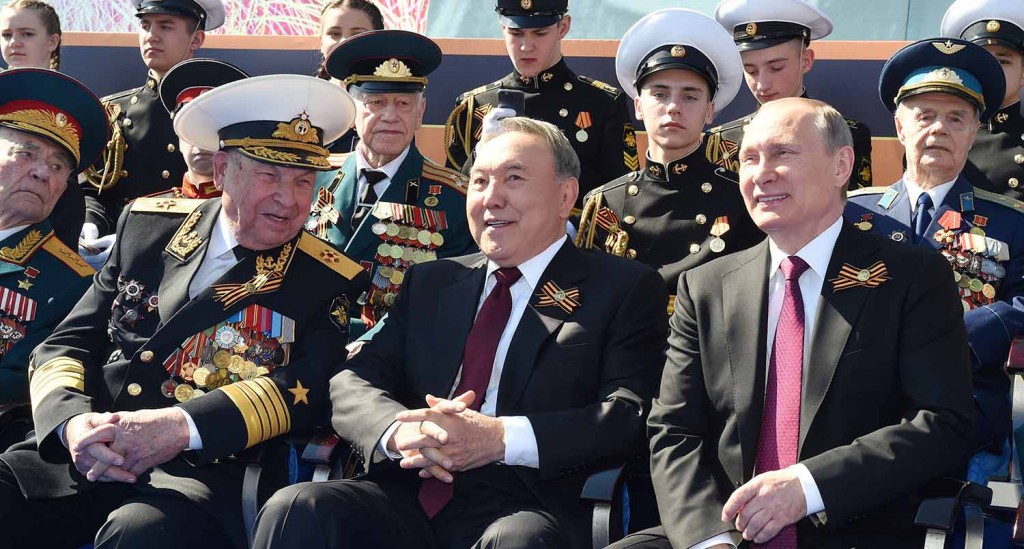 Nazarbayev congratulated Putin on the 71th anniversary of the victory in the Great Patriotic War and Russia’s first rocket launch from its new Vostochny spaceport in the Far East.

“I have arrived here to congratulate you on Russia’s huge technological success, the launch from the Vostochny spaceport,” Nazarbayev said, adding that the spaceport was “state-of-the-art.”

“You have done it, you have made history for Russia and it will be remembered by many generations. As an ally, as a closest partner, I am impressed,” he added, as reported by Tass.ru.

Nazarbayev also noted during his trip that the Supreme Council of the Eurasian Economic Union (EAEU), including the Russian and Kazakh leaders, will meet by the end of May in Astana. This meeting will be followed by a meeting of leaders of the Shanghai Cooperation Organisation (SCO) in Tashkent in June.

“There are many meetings on the agenda of this year. Currently, the EAEU is developing in its normal mode. We will overcome the difficulties of the crisis,” Nazarbayev said.

In turn, Putin expressed confidence that Russian-Kazakh relations will continue to develop. Putin thanked Nazarbayev for visiting Moscow and said Nazarbayev’s participation in the Victory Day Parade will strengthen the trust between the two countries.

“Undoubtedly, it is a manifestation of our special relations, our allied relations. It is very pleasing for us and we would like to thank you for that,” Putin said, according to Tass.ru.