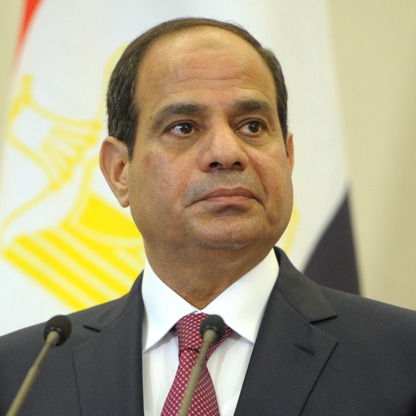 In an exclusive interview with The Astana Times following his visit to Astana in February 2016, discussed trade, history and politics.

What have been the main outcomes of your recent visit to Kazakhstan?

First, allow me to express my appreciation for arranging my first official visit to Kazakhstan in February. During the visit I noted the high level of relations between two countries, on behalf of the Egyptian people congratulated Kazakhstan on your 25th anniversary of independence and invited President Nursultan Nazarbayev to pay a visit to Egypt on the occasion of the 25th anniversary of the establishment of diplomatic relations between the two states. …

My visit to friendly Kazakhstan provided a good opportunity to discuss the means of strengthening cooperation between our countries, as well as to search for new prospects of joint cooperation. The parties agreed to prepare for the fifth session of the joint intergovernmental Egyptian-Kazakh committee, which will take place in September in Cairo for the discussion of extending cooperation in many areas, including producing medicines and grain storage. In addition, an agreement has been reached on renewing direct air service on the Almaty-Sharm el-Sheikh-Almaty route. Flights have already resumed and now the work on opening a direct air service between Astana and Sharm el-Sheikh is being undertaken.

In the course of negotiations … great attention was given to the topic of combating terrorism, especially to ideological and religious aspects. Based on these discussions Egypt is planning to take an active part in the international conference “Religions against Terrorism,” which will take place in Kazakhstan this year. In this context, I wish to express the firm support of Egypt for [Nazarbayev’s initiative on] creating an anti-terrorist coalition under the auspices of the UN and the organisation of the recent “Religions for Peace” forum at the UN headquarters, aimed at explaining the essence of Islam as a religion of peace.

Trade turnover between our countries just exceeds $50 million, which does not come close to its potential. How can we increase trade? How can we combine plans for the new Suez Canal and market and the possibilities of the EAEU? Is Kazakh grain reaching the Egyptian market?

Our countries have already taken serious steps in this direction. Allow me to thank the Kazakh leadership again … for supporting the signing of the free trade agreement between Egypt and the Eurasian Economic Union [EAEU]. We hope to strengthen economic cooperation soon after it is signed. In addition, we are ready to discuss prospects of cooperation between our countries in the field of trade and transit, as well as … the activity of the joint business council, aimed at strengthening ties between Egyptian and Kazakh businessmen and finding opportunities to attract investment and trade between our countries.

I would also like to emphasise that we have prospects in not only mutual trade, but also in joint investments [with special interest] in a project to develop the Suez Canal zone, in particular in energy, pharmacy, storage and sale of grain, tourism, infrastructure, textile production, furniture, and building materials. It all can be reached thanks to Egypt’s location, that our country has a lot of free trade agreements, as well as the preference status with Africa, Europe, and the Gulf States. These factors can turn Egypt into a centre of sale of Kazakh wheat to African and Middle Eastern countries.

It is worth emphasising that Egypt welcomes the proposal by Kazakhstan to develop joint cooperation in food security in light of the recent accession of Egypt to the OIC Islamic Organisation for Food Security. In this context, Egypt took part in the seventh conference of OIC ministers on food security and agricultural development in Astana in April.

There are plans to transfer the capital and create a new administrative centre in Egypt. Is Kazakhstan’s experience interesting for you? What are your impressions of Astana?

Of course, Kazakh experience in this field is interesting for us. Your wide experience is worth studying and we are interested in using the experience of Kazakhstan in the course of building a new administrative capital. In this way, I highly evaluate the planning that I see in Astana. The splendour of modern architecture, the planning of roads and the developed infrastructure are of particular interest to me. After my visit to Kazakhstan, I assigned an Egyptian delegation to visit Astana … to get familiarised in detail with this experience. … I would like to give its due to the leadership of Kazakhstan and all the Kazakh people for the great achievement they attained in building the new capital, Astana. I believe that in several years, Astana, with its architectural extravaganza, will be able to compete with the biggest cities in the world.

Next year Astana is hosting EXPO 2017. What visitors should we expect from Egypt?

First, I would like to congratulate the leadership of Kazakhstan and all the Kazakh people on organising this important international event. Egypt is interested in active participation in EXPO 2017. … EXPO 2017 is a good platform for the demonstration of Egypt’s achievements in clean energy. Egypt managed to provide 30 percent of energy from wind and it is planned to increase it to 70 percent by 2020. At present, the local component of solar thermal power plants is 50 percent, which include turrets, mirrors and receivers, as well as cables, equipment, and mechanical and electric works.

The exhibition will provide a good opportunity to coordinate actions and cooperation between developed countries and developing countries in the area of clean energy in light of the implementation by developed countries of their commitments under the conference on climate change in Paris.

You are known as an uncompromising fighter against terrorism. What is the way to combat this evil successfully?

Terrorism is a dangerous international problem that has neither religion nor a motherland. Terrorism does not have geographical boundaries – Europe, Africa, the Middle East and the world as a whole suffer from the manifestation of terrorism. Therefore, it is important to adopt a comprehensive international programme for the war on terrorism. It should not be limited to military resistance; it is necessary to actively involve intellectual and religious circles, to improve the economic and social situation, given the fact that socially and economically underdeveloped communities often become a fertile ground for the spread of terrorism and for terrorists to replenish their ranks with new supporters.

We must also fight terrorist organisations, and not undertake this work selectively, considering the rest less dangerous and focusing on only one terrorist group. Regarding the war on terrorism, I highly evaluate [Nazarbayev’s initiative] … to organise the Congress of Leaders of World and Traditional Religions, intended to counteract terrorism.

The Egyptian civilisation is one of the most ancient ones on the planet. The ancient pyramids of pharaohs are stunning with their grandness. Are all the secrets of pharaohs revealed today?

The Egyptian civilisation is one of the most ancient ones on the planet, even one can say – the most ancient one. During the human history it has made a massive contribution to enrichment of science and progress, literature, and art, medicine, and astronomy, agriculture, and many other spheres of life. Ancient Egyptian civilisation is still revealing its secrets, enriching mankind by his perpetual heritage. So far archaeological missions are finding ancient monuments that adorn the world’s largest museums. I do not think all the secrets of a great Egyptian civilisation are completely revealed today, because it is still fascinating us by secrets about life of the ancient Egyptians who achieved certain progress in various areas of life.

We know that you are fond of history. Sultan Al-Zahir Beybars, a prominent ruler of Egypt and Syria in the 13th century, was born on the Kazakh steppe. What significance is attached to this historical fact in Egypt?

This historical fact contributes to strengthening bilateral relations and reflects our historical ties. Especially, I would like to note the historic significance and the role of Al-Zahir Beybars in the Mansour battle, during which Louis IX of France was captured. The military planning of Beybars played a vast role in the victory over Crusaders in a battle near Mansour. From this perspective, I highly value Kazakhstan’s efforts to restore the mosque of Az-Zahir Beybars in Egypt, an important Islamic monument pointing towards an important stage of history of our country.

Mamluks and other natives of Kazakhstan have contributed to Egypt’s history. In Kazakhstan, these historical figures are not well known. Could you tell us something about them?

The Mamluk Sultanate was founded in Egypt and existed until 1517. During these centuries, many sultan mamluks ruled Egypt, among the aforementioned, Sultan Az-Zahir Beybars. Sultan Saifuddin Kutuz was one of governors who beat the Mongols at the battle near Ayn-Dzhalut in 1260. Sultans Al-Mansur Kalaun and Kanzul-Al-Gori are also worth mentioning. I would like to mention Sultan al-Malik al-Ashraf Salah al-Din Khalil ibn Kalauna, who finally expelled the Crusaders from the region.

Is Egypt planning to facilitate the visa regime for Kazakh tourists?

Egypt always warmly welcomes Kazakh tourists, considering the historical and cultural ties between the two nations. At present, Egypt takes maximum measures to provide comfort and security for tourists. Kazakh citizens can receive visas on arrival at Egyptian airports without a preliminary call. Egypt is an attractive tourist destination for tourists from Kazakhstan, as Egypt is distinguished by a mild climate and privileged geographical disposition. In addition, Egypt is famous for its diversity of tourist attractions – archaeological ones, cultural ones, religious and entertaining ones. …

What military qualities are necessary for a politician? What qualities in general, in your view, must a modern politician possess?

The most important characteristics of military life are discipline, seriousness, severity, and accuracy in achieving tasks. I think not only a politician, but any person needs all these qualities to achieve their goals. As for the qualities a modern politician needs to master, my answer will be slightly different from the usual answer to this question. Usually, the answer to such questions is that politicians must possess political wisdom and the skill to manoeuvre in the political field to reach their goals. But I think in modern reality and in the light of all today’s challenges and threats, in particular terrorism, a modern politician must be characterised by truthfulness, honesty, frankness, a desire for truth, and a commitment to clear policy based on sincerity.