By Zhanna Shayakhmetova in Sports on 5 May 2016 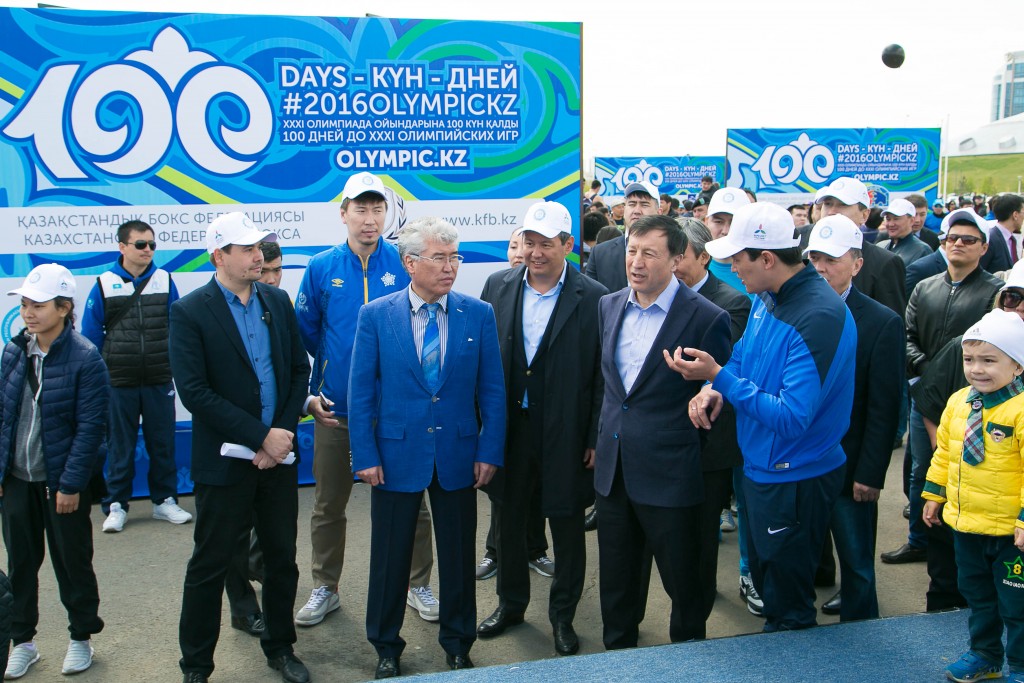 ASTANA – The Kazakh National Olympic Committee (NOC) launched a special campaign April 30 to mark the 100 days until the Rio 2016 Olympic Games. An event organised with the support of the Ministry of Culture and Sports and the Akimat (city administration) was aimed at promoting the Olympic Movement and supporting the athletes. 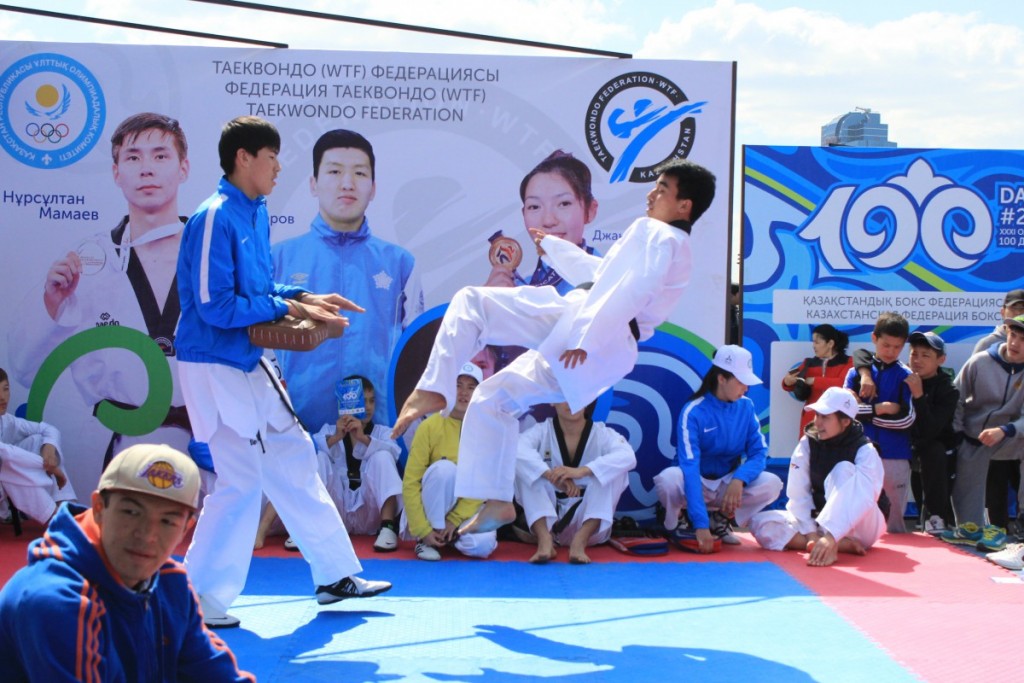 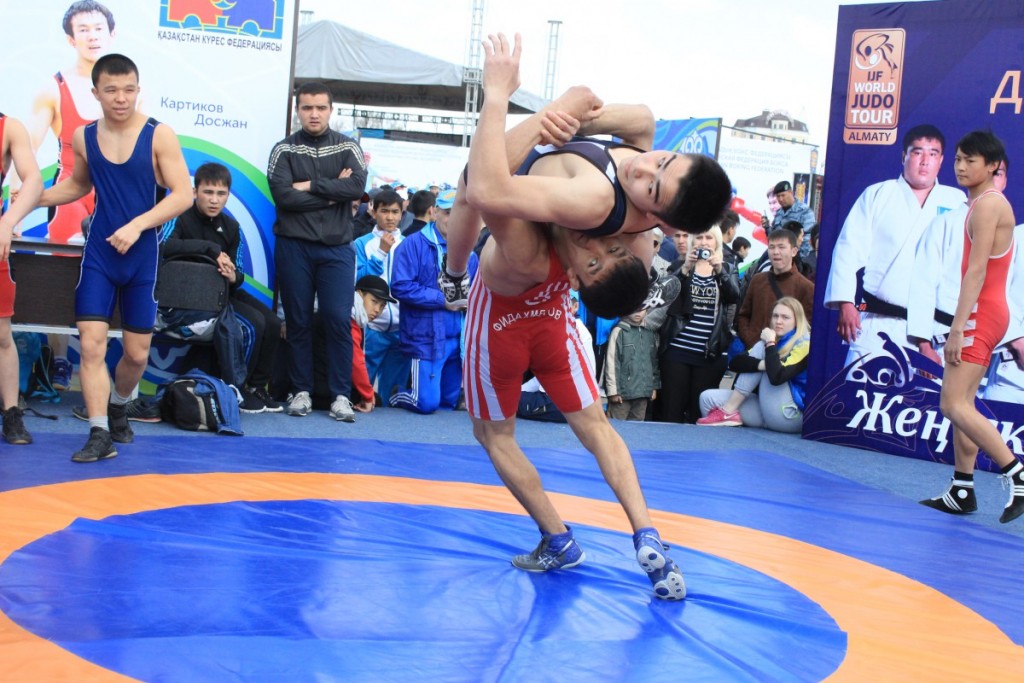 “We hope our athletes and our pride will bring gold medals this year. I am glad that there are a lot of children [here] today. This is a good example for them to be engaged in sports in the future and become full citizens of our country. The National Olympic Committee would like to thank our Ministry and the Akimat of Astana for their support and attention to the development of mass sports,” said Abulgazin at the opening ceremony.

Kazakh athletes have already won 82 Olympic licenses. The protection of clean athletes, expansion of international cooperation, modernisation of the organisation by implementing the best practices of sports management and strengthening the role of athletes and national federations remain NOC’s priority tasks.

In mid-April, NOC President Timur Kulibayev met with International Olympic Committee (IOC) President Thomas Bach in Lausanne. The organisation heads discussed developing the global Olympic Movement and increasing the role of the Central Asian region in promoting its values, global cooperation with international organisations such as the UN and United Nations Educational, Scientific and Cultural Organization (UNESCO), implementing the recommendations of the Olympic Agenda 2020 and the role of sports in the preservation of peace.

“Today, sports are one of the most effective instruments for promoting the social and cultural development of society. We fully recognise its growing contribution to the preservation of peace and development of society through the promotion of the principles of tolerance and respect, gender equality and social integration of youth,” said Kulibayev.

Bach supported NOC’s plans to strengthen the role of the national federations, stressing they are the driving force in sports development.

“The National Olympic Committee of Kazakhstan did a great job to adopt the charter and bring all regulatory documents in full compliance with the Olympic Charter in close cooperation with the IOC within a six-month period. It is a great achievement and the first step that lays the foundation for effective work of the sports industry,” he said.

One of NOC’s priorities is the fight for fair and clean sports. Because one of the Regional Anti-Doping Organisation is located within the country, the measures to improve the internal system of doping control are becoming even more important and Kazakhstan is playing an important role in developing the anti-doping movement in Central Asia.

New equipment was installed in the anti-doping laboratory in Almaty. It complies with the World Anti-Doping Agency’s requirements and is highly sensitive to the doping agents, ensuring the high reliability of research results.