By Azamat Suzdykbayev in Business on 3 May 2016

A new plant in Atyrau is going to produce salt and chemical solutions. The salt is mined on Inder Lake, which covers more than 110 square kilometres and is the biggest in the region. 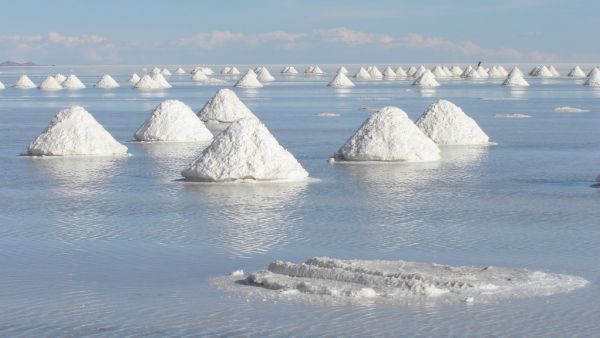 The lake is heavily saturated with salt, as its waters contain four billion of the so called white gold and the stocks are increasing each year. In general, experts consider the Inder region one of the richest in terms of minerals which can be used during the next hundred years.

There is already one salt processing plant constructed onshore, which produces 1,000 tonnes of food salt and 20,000 tonnes of technical salt every year.

“We have successfully exported the produced salt to Belarus, Russia and other neighbouring countries during the past years. Usually, we work in accordance with order receipts,” said plant employees Serik Otynshiev.

Due to established and successful salt production, another plant has been opened recently. It became the anchor project included in the regional map of the current industrialisation. The emphasis will be placed on the production of sodium hypochlorite, which helps purify drinking water. It is expected that the plant will start producing household products in the future.

The head of the company Abyrbek Toktybayev expressed his confidence that the products will be in considerable demand.

“The salt water left after the processing is pumped out of the lake to the factory and is subjected to high temperatures after which we can generate sodium hypochlorite. It is then used as a means for disinfection. The production capacity is 30,000 tonnes of sodium hypochlorite. Experts believe the products will be in demand for oil pipeline complexes, as well as for military and medical institutions,” said Toktybayev.

Today, 40 people work at the plant. Once it reaches full production capacity, the number of jobs will also increase.