By Zhanna Shayakhmetova in Sports on 15 May 2016 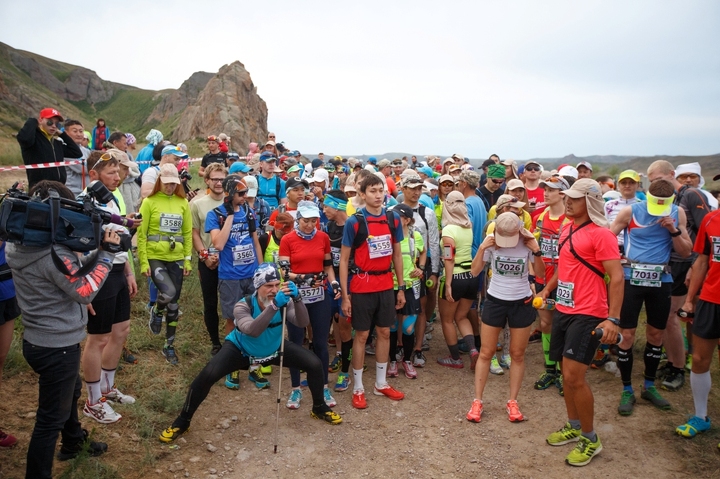 About 500 spectators and supporters as well as hundreds of volunteers, the organising committee, shamans and music groups attended the event. Dangyra 2016, a festival of ethnic percussion instruments, was also included as part of the festivities.

The Great Steppe Marathon was dedicated to the 25th anniversary of Kazakhstan’s independence. The race was organised with the support of the Department of Tourism and Almaty region Akimat (city administration) in partnership with the Kazakh Geographic Society (KazGeo) and Asia Waters.

The participants were literally plunged into the special atmosphere of nomadism with the starry sky, tents, ethno-drum music, bonfires, shamans and ancestor worship. The marathon is a difficult distance and every detail, including training, equipment, food and water, was important. “Long-term physical activity causes the body’s loss of water and salt balance. It is important for every runner to use water with the full composition of salts and minerals,” said experienced marathoner and project organiser Timur Artyukhin.

Each participant who crossed the finish line was awarded a precious wood medal. The winners in the different age categories received prizes and gifts from well-known sportswear and food companies. 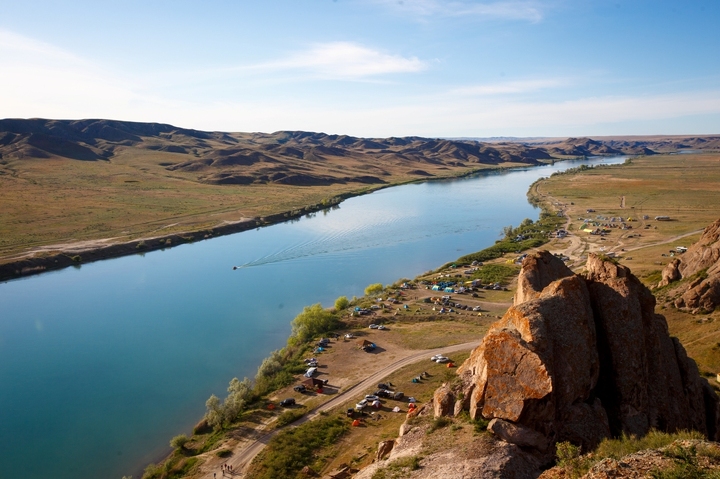 Athletes of all ages and professions, even mothers and fathers with small children, took part in the campaign.

“To me, 35 kilometres is an average distance; it was not extreme. I felt good after the finish,” said 69-year-old Amegulsin Miroshnichenko. “Since my childhood, I have been engaged in athletics and multisport competition. I never complained of feeling unwell. I took part in an ultra-marathon for the first time at 65 years and finished fourth. I also went to the Christmas half-marathon in Omsk. Last year, I participated in the Trans Ural multi-day mountain ultra-marathon. If you are not lazy, you will achieve great things.”

The first Great Steppe Tengri Ultra Marathon, held last year with the participation of 376 athletes from ten countries, was entered into the official series of the Asia-Pacific region’s AsiaTrailMaster ultramarathon. The marathon’s mission is to create new trends among Kazakh people who lead a healthy lifestyle and form a culture of athletes who choose trails instead of asphalt, clear sky instead of urban smog and space instead of gray walls.