Made in Kazakhstan Product Store Opens in Astana

By Azamat Syzdykbayev in Astana on 3 May 2016 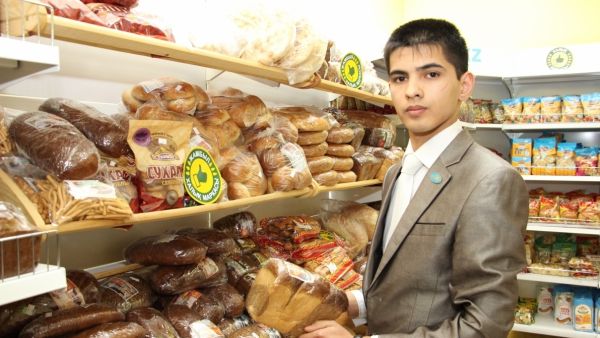 According to Vice Minister of Agriculture Gulmira Issayeva, the Ministry of Agriculture has undertaken several initiatives to strengthen the position of Kazakh products on domestic markets and the new store is one of them.

“The Khalyk Markasy programme allows domestic producers to directly supply their products to the store. Despite the fact that 95 percent of goods are made in Kazakhstan, we have to import several types of products, such as apples, sugar, cheese, butter and fish.  A programme to establish intensive orchards has been recently launched.  We also subsidise producers and support the production of sugar beets in order to improve the situation,” Issayeva said.

In stores with the Khalyk Markasy logo, customers will be able to buy local products at factory prices.

“At the moment the store is already 35 percent stocked. The margin on domestic products is only 3 percent, but manufacturing companies get a 3 percent discount, so buyers will receive domestic products at factory price. There are no intermediaries and the owners rely on high turnover for this very reason,” explained head of the programme Rimma Tazhibayeva. 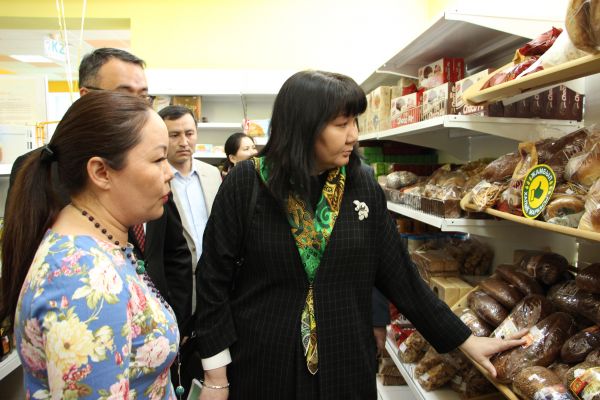 According to her, Kalyk Markasy shops are to be opened throughout Kazakhstan, in particular in the North Kazakhstan and Karaganda regions. In Almaty, such supermarkets will be opened until July 6. The programme also aims eventually to promote Kazakh products on international markets.

“Today we have opened a store where 50 percent of the whole production was produced in Zhambyl region. We have organised an experiment to find out how many consumers want to buy Kazakh products. The results showed that the demand for locally produced goods is pretty high. Our customers are mainly focused on dairy, meat and grain products, so we decided to focus on them,” said Tazhibayeva.

Issayeva also called on Kazakh citizens to actively seek out domestic products, as they are of high quality, environmentally friendly and safe for consumption. She also noted that 70 billion tenge (US$214 million) in subsidies has been allocated for livestock and crop production. 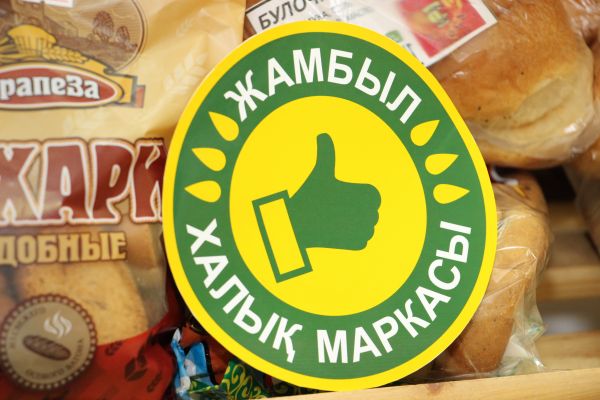 “We have automated the issuance of subsidies and reduced the number of documents that must be submitted by applicants.  Today, farmers just need to come to the city administration, fill in the application form and sign it. After that the application will be considered and then approved or denied,” added Issayeva.