By Zhanna Shayakhmetova in Culture on 17 May 2016 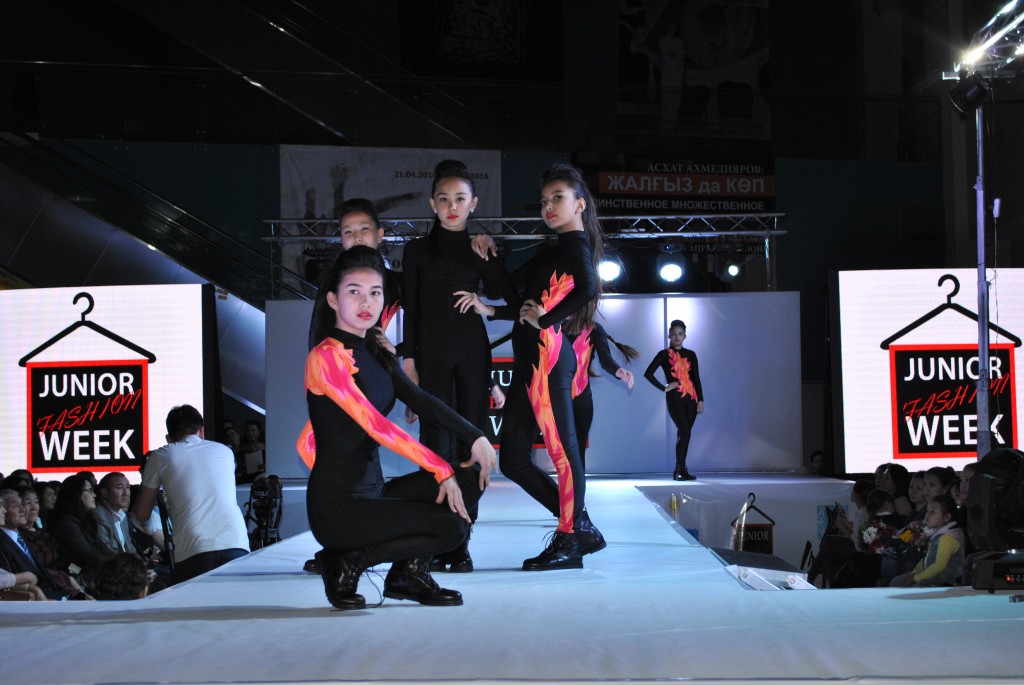 ASTANA – Seventy-five talented youngsters and teens walked the runway May 15 for the first Junior Fashion Week. The models, ages 1-17 from the capital, Almaty and Uralsk, presented the newest collections by Kazakh designers.

The event featured the fashions of Amelie, Dani and Iranni. Italian designer and stylist Alessandro Enriquez, editor in chief of Vogue Bambini Kids and Elle Kids, also introduced his ready-to-wear clothing for the local audience. He was the official designer of the show and Italian photographer Vincenzo Grillo the chief photographer. Moscow’s Black Star Wear was titled as the main brand. 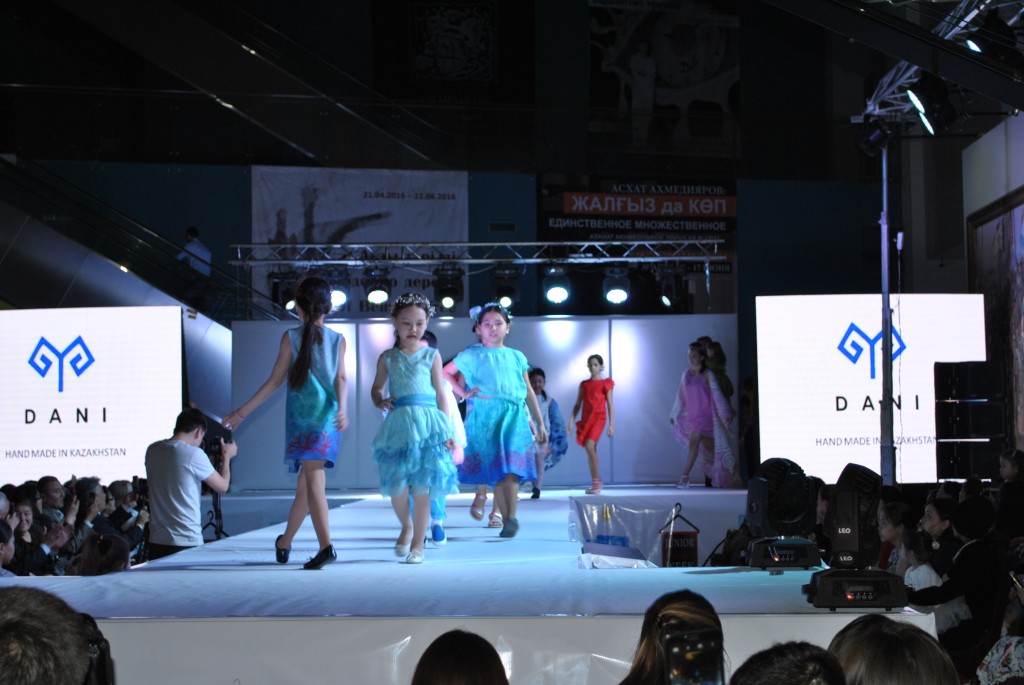 Junior Fashion Week highlighted the trends in the children’s fashion industry. Hundreds of children tried out as models, actors and speakers as they joined the agency and attended an audition for models and talents. Leading experts from Minsk, Moscow, St. Petersburg, Seoul and Sweden were then invited to teach the children and contribute to the upbringing of aesthetically-harmonious personalities, future ladies and gentlemen. Junior Fashion Week will be held in Milan on June 1, 2017.

“Four months ago it was just a great idea. Now, I welcome the audience for coming to the show. I also would like to thank all the parents for their beautiful, talented, hard-working and patient children. It was really amazing to work with them, to teach them. We have been doing this project for four years and this is only the beginning,” said KZfashion Director Zhanna Zhanatkyzy at the opening ceremony.

“We had colossal work this season. We added video and photo presentations and more choreography. Our team, and especially our young models, did their best to make this event unforgettable and unique.  I grew up together with our children. If the children developed a model of professionalism, I gained experience as a director. I hope the sphere of kids fashion in Kazakhstan will develop further,” she added.

Children do not just pose for the camera and the modelling school pays great attention to acting and oratory classes. The pupils were featured in more than four documentaries this year.

“It was necessary to find the children to shoot a documentary film and that was a big problem, as working with children is really difficult. But the models of KZfashion are so charismatic and artistic. They performed their parts excellently and played the outstanding people of our country including Shacken Aimanov, Aliya Moldagulova and Kurmangazy,” said presenter and director Maya Bekbayeva.