The first half of 2015 was marked by a great success in international diplomacy: the conclusion of the Joint Comprehensive Plan of Action on the Iranian nuclear programme. The second half of 2015 and 2016 demonstrate its implementation. This landmark diplomatic agreement has its major authors: Iran, the International Atomic Energy Agency (IAEA) and the P5+1, as well as minor authors with less significant and obvious roles. However, one should remember that though minor participants were not the main drivers of the agreement, without them the process would have been delayed. Kazakhstan was among these participants, and we are going to consider its role. 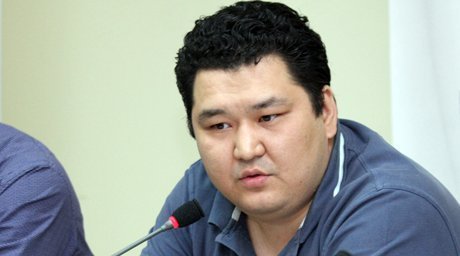 Why Does Iran Need a Nuclear Programme?

Iran’s nuclear programme was launched by Shah Reza Pahlavi back in the 1950s, and it was continued by the Islamic Republic, following the overthrow of the Shah.

There were several reasons for Iran to look to nuclear power as a solution to its energy and other needs. Firstly, without coal and hydro resources as crucial energy sources, Iran had to use oil and gas for its power plants. As of 2006, 75 percent of electricity in Iran was produced from natural gas, 18 percent from oil and 7 percent from hydropower plants. Iran generated almost all of its electricity from gas and oil.

Second, Iran needed power for its fast-growing population. From about 19 million in 1956, Iran’s population increased to 75 million in 2011. Such growth was accompanied by both industrialisation and urbanisation – the number of industries and the number of cities increased. This led to the continuous growth of energy consumption.

Third, Iran needed to make optimal use of its oil and natural gas, which are both valuable commodities for oil refineries and the chemical industry and an important export product.

Fourth, Iran lacked close foreign electricity sources that could regularly supply cheap electricity. Most of Iran’s neighbours have either power shortages or very bad relations with the country.

Finally, nuclear power plants are considered to be the source of power generation most adapted to military use, making them also a security issue – or asset. These plants can accumulate fuel reserves for several years, which thermal power plants cannot do; plus, fuel volumes are so small they don’t require special transport and are easily protected.

In Iran, the need for nuclear energy was clear: it would solve many problems for the country and make it the leader of the region. But in implementing their programme, two problems arose.

First, Iran chose to create the full nuclear cycle, not just build a nuclear power plant and procure nuclear fuel for it. That is why concerns were raised that not only could fuel be produced, but also highly-enriched uranium for nuclear bombs. This choice was based on the fact that American and German corporations unilaterally terminated contracts with Iran after the Islamic revolution and did not fulfill their obligations.

Second, Iran’s theocratic government has not been well-perceived by its neighbours – a year after the revolution, Iran and Iraq went to war, a war which would last eight years. Iran also played a role in controversial activities in Lebanon, Syria and other countries. Iran had become a leader in the Middle East and the Islamic World many years before. Its resources and achievements are great, but with nuclear weapons, it would be unstoppable. This prospect scared many countries.

The development of the Iranian nuclear programme led to a situation in which it became not only an Iranian or regional issue, but a major problem of global politics. Thus, of course, it attracted attention.

In 2003, the IAEA, several Western countries and the UN Security Council launched negotiations on the Iranian nuclear programme.

How and Why Were Negotiations on the Iranian Nuclear Programme Conducted?

Thus began a long process of sanctions and negotiations. In 2005, the U.S. adopted sanctions against Iran; in 2006, the UN Security Council followed; in 2010, the European Union. In 2006, the P5+1 negotiation group was established, encompassing the U.S., Russia, the U.K., France, China and Germany. The group began to negotiate with Iran on behalf of the world community.

Under sanctions and participating in hit and miss negotiations, Iran continued to develop its nuclear programme. In late 2013, it launched the Fordow enrichment plant, which could produce uranium at a more than 20 percent concentration, making it applicable for creating a nuclear weapon. This momentous event stopped the sanctions and proved that the parties must come to an agreement.

In 2013 came a breakthrough in negotiations, and the P5+1 and Iran came to a compromise. Almaty hosted two rounds of negotiations, Istanbul hosted one round, and 2013 ended with the signing of the Joint Plan, which stipulated the lifting of sanctions in exchange for capping the concentration of the uranium Iran could produce at 5 percent and freezing the construction of new uranium enrichment centres by Iran.

The plan ensures the gradual and full lifting of sanctions of the UN Security Council and international and national sanctions related to the Iranian nuclear programme, including steps to provide access to such areas as trade, technologies, finance and energy.

During the negotiations between the P5+1 and Iran, Kazakhstan improved its relations with Iran step by step, slowly becoming a major supplier of grain to the country. Total turnover peaked at $2.5 billion in 2007, which is similar to the trade between Russia and Iran. Moreover, between 2009–2011, Kazakhstan built its part of the Kazakhstan-Turkmenistan-Iran railroad, which was officially opened in December 2014. This railroad, the second way for Iran to bypass the sea blockade (the other was via the Caspian Sea) made the new route very valuable. Thus, by the end of the negotiations on the nuclear programme, Kazakhstan had become a trusted partner of Iran.

Now, let’s talk about the Joint Comprehensive Plan of Action on the Iranian nuclear programme itself – why it is interesting for Kazakhstan.

The main aspect of the JCPOA for Kazakhstan is in paragraphs 5 and 7, section A ‘Enrichment, Enrichment R&D, Stockpiles’.

They imply that uranium, except natural and nuclear fuel pellets, must not be stockpiled in Iran in more or less substantial quantities. On the other hand, the Iranian nuclear programme does not stop nuclear facilities, which require uranium, from being maintained in its territory. Obviously, the P5+1 guarantees that Iran will be able to buy both natural uranium and hexafluoride on the market. Here, the role of Kazakhstan becomes clear.

A small remark: trade in uranium is a much-regulated and politically-motivated market – one does not simply buy a physical quantity of uranium. Any deal here is only the outcome of political, not economic agreements. As for the list of uranium exporters, it is short and includes Kazakhstan, Canada, Australia, Niger, Namibia, Russia, and Uzbekistan.

Excluding those countries which initiated sanctions against Iran and treated it quite negatively, like France and the United Kingdom, in principle, Iran can buy uranium only from three countries – Kazakhstan, Russia and Uzbekistan. At the same time, Uzbekistan does not produce much and maintains neutrality in many international issues; thus, among guaranteed suppliers there are only Kazakhstan and Russia, but Russia one time did not supply the promised and partially-paid-for S-300 missile system. In general, despite such a big choice Iran has no other options but Russia and Kazakhstan. On December 27, 2015, Kazatomprom sold the first 60 tonnes of natural uranium to Iran on commercial conditions as the specified Joint Comprehensive Plan of Action (JCPOA) compensation for removing low enriched uranium (LEU) from the country. Apparently, this trade will continue and will help Iran to further buy natural uranium and enrich it, then export it to the world market – a very beneficial business which will help to maintain science and technologies.

On the other hand, Iran also needs nuclear fuel which can only be produced from LEU; notably, in big amounts – one core load of VVER–1,000 is about 75 tonnes. That means uranium hexafluoride is needed, but it cannot be brought to the country. Now, the International Atomic Energy Agency (IAEA) LEU Bank takes the lead.

Before adopting the JCPOA on the Iranian nuclear programme, Kazakhstan made, perhaps, one of its most interesting diplomatic deals.

On April 27, 2015, the Kazakh government approved the agreement with the IAEA to establish the IAEA LEU Bank in the country. It was preceded by a large amount of work.

Given that the list of countries providing commercial services on enrichment is very short (France, Germany, the Netherlands, Russia, the United Kingdom and the United States), as the list of countries producing nuclear fuel, this market has always been monopolised and has always been under the threat of deficit. What if the market doesn’t sell LEU or nuclear fuel – developing countries cannot independently produce them for their nuclear power plants (NPPs) and they will have to pay any price set for them or may undermine their energy plans. At the same time, the United Nations (UN) Security Council and the nuclear club don’t want developing countries to build their own enrichment facilities – it is fraught with risks of nuclear proliferation. That is why in 2006, the world community started to think and propose options of an LEU Bank. The situation was developed in the following way:

Technically, the LEU Bank is just part of the uranium hexafluoride stockpile of the Ulba Metallurgical Plant, which has its own security and 60 full cylinders (up to 90 tonnes) of uranium hexafluoride (UF6) with nominal enrichment of U-235 up to and including 4.95 percent.

Economically, it is an assurance of a nuclear fuel supply at market prices and without limitations for all developing countries.

Legally, it is a Kazakh legal entity which must ensure control over LEU for IAEA as well as protect and transport it to the Kazakh boundaries.

Politically, it is part of the big system designed to prevent the spread of nuclear weapons in the world, similar to its other parts in Russia and the United Kingdom.

Thus, Kazakhstan also became a host country for an IAEA unit, like the laboratories in Austria and Monaco, the research centre in Italy and the regional offices in Canada, Japan, Switzerland and the U.S.

How Did Settlement of the Iranian Issues Influence Kazakhstan: Pros and Cons

Looking back, we need to clearly identify the advantages and disadvantages for Kazakhstan as to the outcome of the Iranian nuclear programme deal.

Of course, such a large scale process has its cons:

The Kazakh contribution to the settlement of the Iranian nuclear issue was not so big against the general background, but for the country itself it was a major foreign policy achievement over the entire history of its independence. The country has been successfully using the existing resources (uranium, geographic location) and building a persistently and consistently-general multidimensional strategy for about eight years. Kazakhstan managed to achieve what it wants and we hope that it will repeat such success.

The author is an independent political analyst.