ASTANA – President Nursultan Nazarbayev congratulated all the people of Kazakhstan on Defender of the Fatherland Day and the 71th anniversary of the Great Patriotic War victory. The latter was marked with commemorative events held throughout the nation. 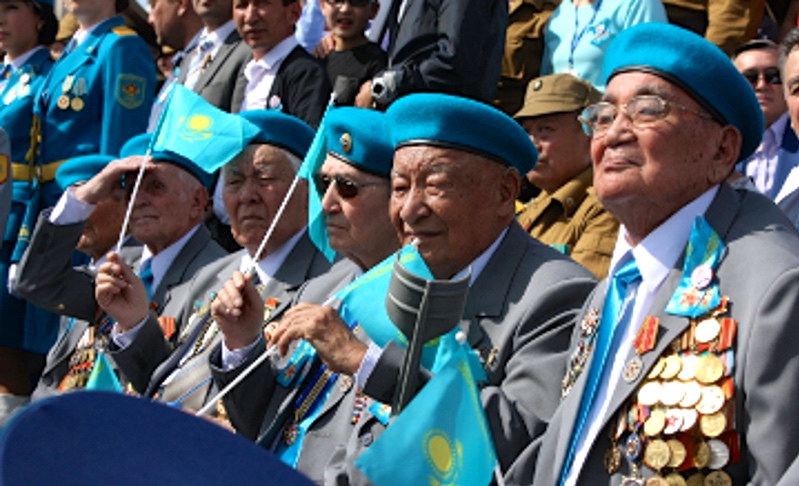 “For centuries, the motherland defenders have always been an embodiment of honour and prowess, courage and bravery and patriotism and selfless service to their people. Kazakh people cherish the memory about feats of all generations’ heroes who gave their lives for freedom and independence,” he said at a May 6 concert dedicated to Defender of the Fatherland Day.

“Battle awards of grandfathers and fathers are priceless relics for Kazakh families. It is symbolic that Defender of the Fatherland Day and the Great Patriotic War Victory Day follow one another on our festive calendar. This emphasises continuity of glorious military traditions of all generations of our people,” the Kazakh President said.

Nazarbayev expressed special gratitude to war veterans and the workers in the rear.

“The Great Victory is a symbol of our heroic history and the friendships of nations, who shoulder to shoulder overcame and defeated Hitler’s fascism. Taking care of your welfare is only a fraction of the tribute by the present generation for your self-sacrifice during the difficult years of war. Your feat of arms will never be forgotten on Kazakh land. Thank you and a low bow to all veterans for heroism and for the Great Victory, the results of which we, your children, are reaping today,” said the head of state. 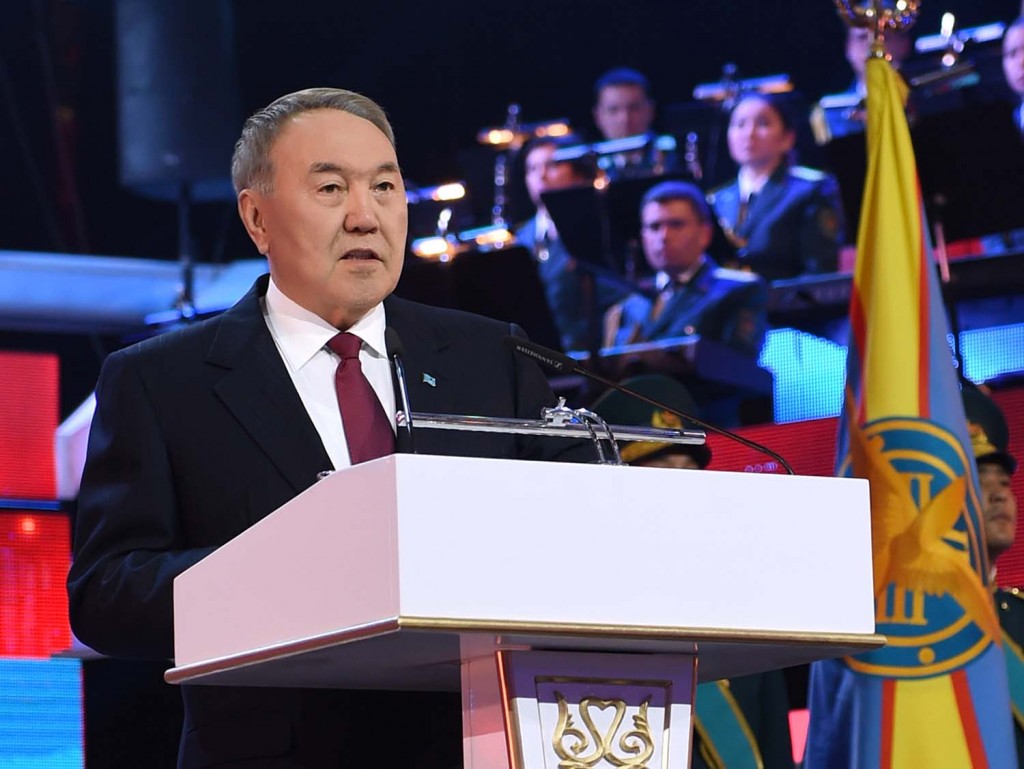 During the Great Patriotic War  in 1941-45, about 1,200,000 Kazakhs fought on the fronts. One hundred thousand compatriots were awarded orders and medals for military merit and 500 people became Heroes of the Soviet Union. About 630,000 people died in battle from wounds and illnesses, went missing or never returned from captivity.

Commemorative events were held throughout the country. The Great Victory Day celebration in the capital started with concerts and national festivities at Student Park, the square in front of Akimat (city administration) and Baiterek Monument. Viewers listened to songs from the war years and saw theatrical performances.

The President noted Defender of the Fatherland Day is a glorious anniversary of the birth of the country’s Armed Forces.

“This year, we will mark this memorable day in preparation for the 25th anniversary of our independence. Creating the national army, air forces and naval fleet is one of the most important pages of sovereign Kazakhstan’s biography. A long way has passed from forming the first military units to the current, modern national defence and security system,” he said. 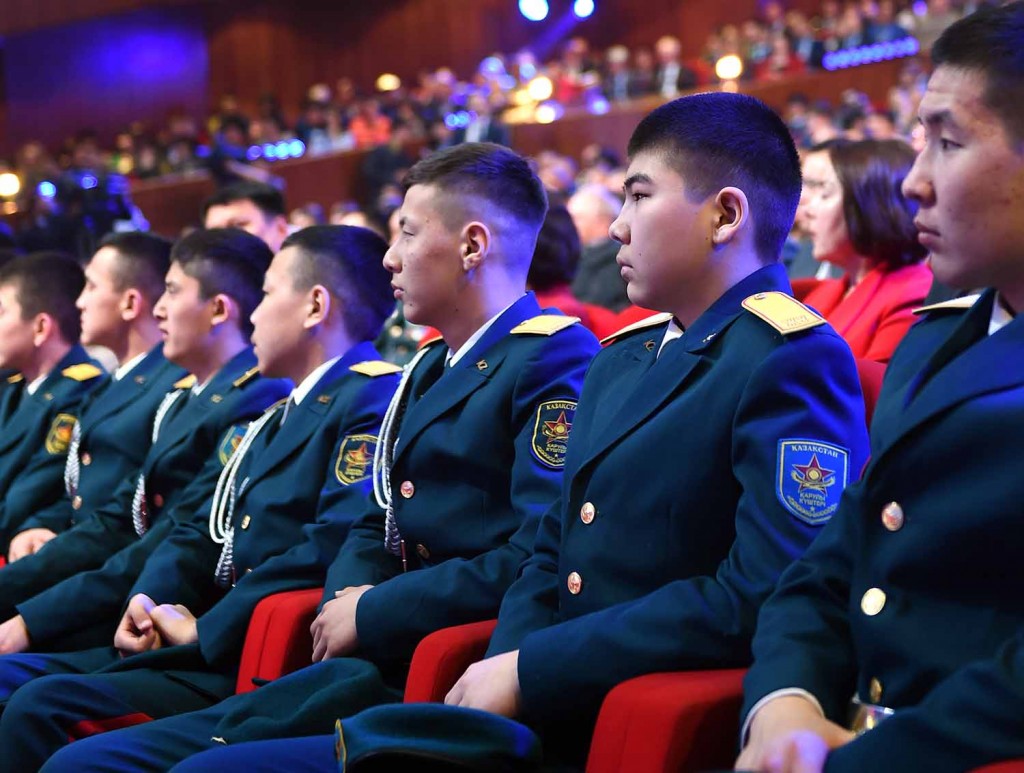 “Defence expenditures are financed as a matter of priority, even despite difficulties,” Nazarbayev continued. “New types of military hardware are introduced, in full compliance with a re-armament programme. In the coming years, no less than 70 percent of all types of weapons and equipment will be renewed, while certain categories will see up to 100 percent of revamping.”

As part of the modernisation of the military complex, science-intensive production and transfer of technologies will be prioritised, he added.

The President also noted Kazakhstan develops military technical cooperation with foreign countries, while Armed Forces train through joint exercises with counterparts from Collective Security Treaty Organisation and the Shanghai Cooperation Organisation, as well as under NATO’s Partnership for Peace programme.

The head of state noted defending the motherland is the most honourable and respected profession. He expressed his conviction that the country’s Armed Forces will always be an indestructible stronghold of independence, peace and accord in the nation’s society. 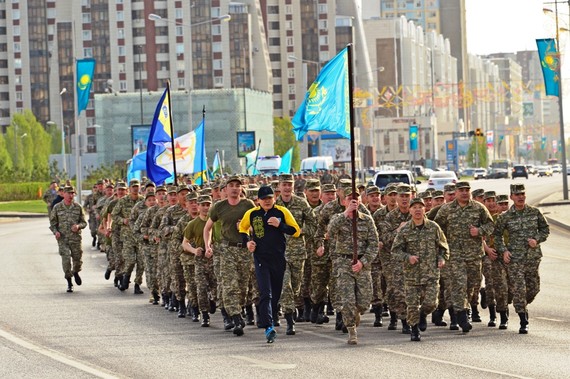 “I thank service people and civilians who work in the defence complex and all the people of Kazakhstan for a high patriotic responsibility and personal involvement in ensuring the defence of the motherland,” said Nazarbayev.

He went on to call for more global cooperation to ensure peace.

“Global peace will strongly and reliably protect peoples and nations. That is why I have put forward for the international community the Manifest, ‘The World. The 21st Century.’ It is a call to join forces against the global war and take measures to free the mankind from the threat of self-annihilation. It is especially relevant on the eve of the 25th anniversary of the closure of the Semipalatinsk nuclear test site which we will commemorate in a few months.”

“Achieving a fair global system free from nuclear weapons, military threats and challenges to security of the peoples based on the principles of trust and cooperation of all nations is the foundation of our foreign policy. Working towards that goal step by step, we will be making the protection of our motherland stronger and more reliable,” Nazarbayev said.