Kazakh Traditional Clothing: Past and Present

ASTANA – Kazakh national clothing can be easily separated by its dazzling bright colours, conservative style and particular Tengrian ornaments. In fact, most of the clothing was decorated with ornaments. 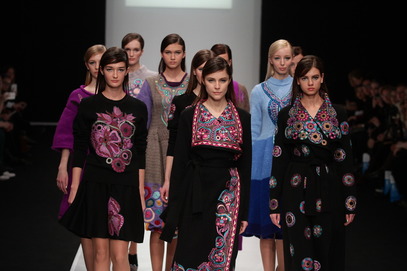 The academy has been part of the Kazakh fashion industry since 1947. Assanova not only designs clothing combining different colours, she also switches between her duties and her membership in the Kazakh Union of Designers. 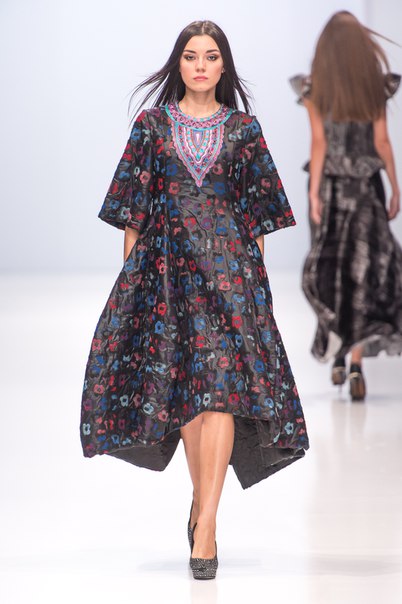 Ornaments were the main decorations in Kazakh clothing because art, painting, drawing and sculpture weren’t as developed in the territories before the mid-20th century. The most popular ornaments were those with various bird beaks and different animal horns, hooves and feet.

Assanova enjoys the creativity and opportunity to be carried away by the process she likes the most in life.

“In my works, I try to combine different influences and break stereotypes. I like to combine things that don’t necessarily go together,” she said. “If I use botanical ornaments, I like to add shades of geometrical touches. I mix them up and do the same with the colours.”

Kazakh clothes reflected social status and age. Garments were originally made from fur, thin felt and woollen cloth that people produced themselves, changing to cotton in the late 19th century. Materials such as silk, brocade and velvet indicated wealth and well-being.

People also made coats, hats, vests, trousers and elegant winter outerwear from furs and skins. Livestock, goat, yearling, cow and sheep hides were smeared with ayran (diluted, cold yogurt) mixed with bran, flour or sometimes brewed bran. In winter, ayran was replaced with kurt, Kazakh dried salted cheese diluted with water. The skin was rolled into the flesh and after three or four days, washed and laid in salted water. The procedures made outwear extra white.

Pet wool and hair were used as warm linings for dresses, gowns and headwear. Many types of clothing were also sewn from felt. 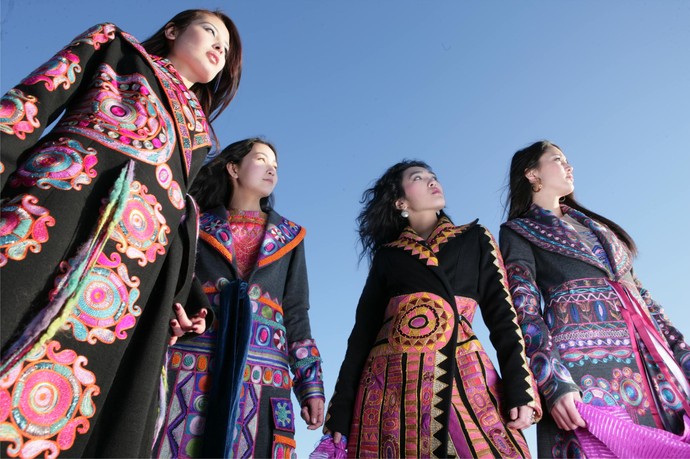 “For instance, these days a typical Kazakh bride is clothed in a white dress, which is quite unconventional for Kazakhs. Our brides wore red dresses at weddings. Today, it is a colour of wealth. This trend came from the influence of the Soviet Union. Today, many ethnic Kazakhs want to revive this tradition and pick reddish colours for their wedding gowns,” said Assanova.

As designer and artist, she needs constant inspiration.

“I go to historical and contemporary art museums and travel to get inspired to create my works,” she added. “I am in some kind of ‘portal’ when I perceive things and see them. It’s a process on a whole different level. I may not understand science, but when I see something with my own eyes, I know what to do with my creations.”