ASTANA – Opening the plenary session of the ninth Astana Economic Forum (AEF) May 26, Kazakh President Nursultan Nazarbayev called for “inclusive globalisation,” in which the development of all countries and the welfare of all people are taken into account. To achieve this goal, the Kazakh President proposed establishing a Human Capital Development Fund under the UN auspices, funded by taxing offshore accounts from around the world, as well as developing a road map to develop green economy based on the recent Paris Agreement on climate change. 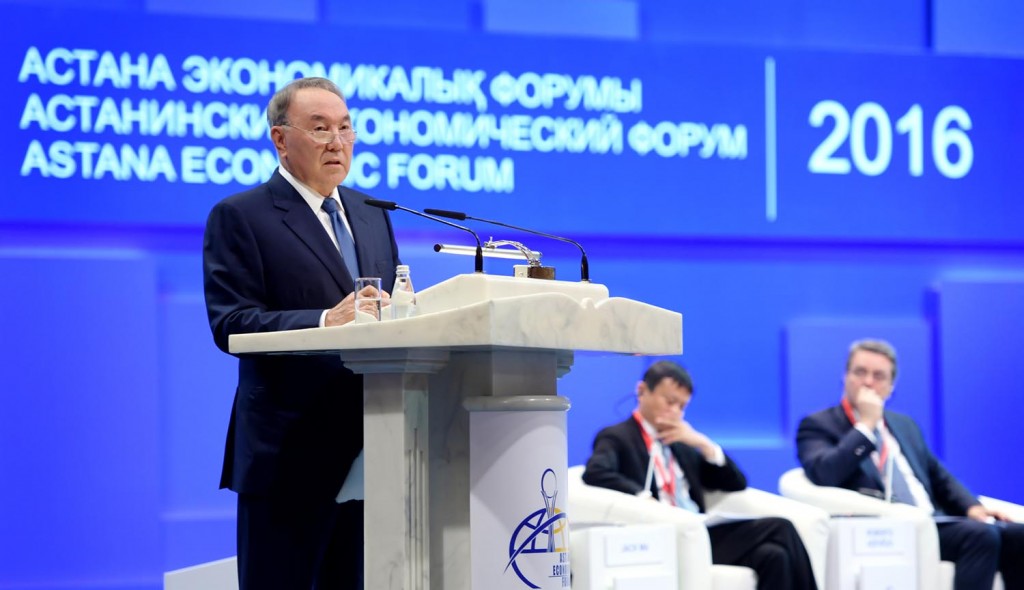 “Only that type of [inclusive] global growth will be sustainable and we must strive towards it. This is the way of long, difficult and painful transformation that will require joint efforts at the global level and coordination of the actions at the level of national economies,” he said. “It is important to ensure coherence and coordination of the practical implementation of the generated decisions. Thus, it is necessary to take into account the views of all countries. There is a need in the UN structure or establishment of the special committee under its auspices to ensure such coordination. I propose to use the interactive virtual platform G-Global operating in Kazakhstan, which unites more than 30,000 experts from 140 countries.”

This year, the AEF’s agenda was “New Economic Reality: Diversification, Innovation and Knowledge Economy.” Participants discussed the trends and challenges of the global economy, as well as long-term economic growth in the new economic reality and increasing of the role of competition in the integration processes.

In this regard, Nazarbayev presented a number of global initiatives. In particular, the head of state noted the importance of human capital development in developing countries.

“No state can develop without a literate, educated, healthy and enterprising people. We know from our experience how hard it is to build effective education and health systems. It requires patience, knowledge and a huge investment. I believe that Kazakhstan made a big step in these areas. However, there are many countries that have failed. To solve this problem, I suggest forming the Human Capital Development Fund under the UN. The fund will aim to improve the quality of education and health in the poorest countries,” stated Nazarbayev. 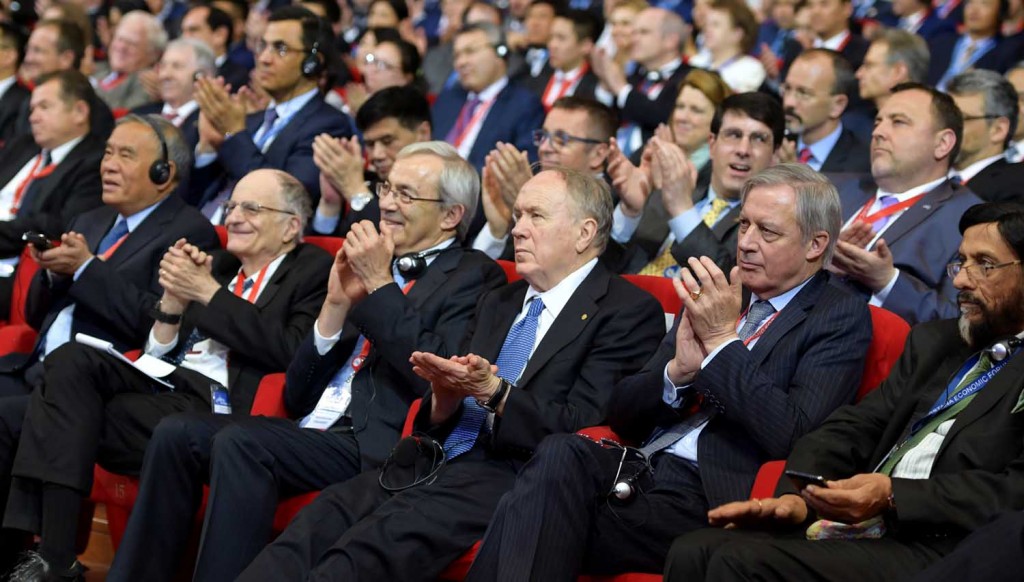 He also stressed the need to create conditions for the recovery of economic growth, which implies a reinvestment of funds in the development of education, health and infrastructure instead of transferring into speculative financial instruments.

“Today, according to experts, around 30-40 trillion dollars are being kept in offshore accounts. The introduction of even a one percent global tax on these assets would allow bringing education and health in developing countries to a qualitatively new level. The funds from this tax could be directed to the above-mentioned fund for the development of human capital. I believe that the International Monetary Fund and the World Bank should propose effective measures for the ‘deoffshorisation’ of the global economy,” said the Kazakh President.

“A global initiative to combat climate change is very important, but we must not forget about other problems. I suggest developing a road map for the development of the green economy and sustainable use of natural resources based on the Paris Agreement. It must include not only the reduction of harmful emissions into the atmosphere, but also measures to preserve land, fresh water and bio environment. The obligations should be taken not only by the countries but also by global corporations,” he said.

These included Director-General of the World Trade Organisation Roberto Azevêdo, President of the European Bank for Reconstruction and Development Sir Suma Chakrabarti, founder of AliBaba Group and business magnate Jack Ma, an American economist and director of the Earth Institute at Columbia University Jeffrey Sachs, who was also recognised as one of the three most influential economists of the world by The Economist. During the session, a video address by Managing Director of the International Monetary Fund Christine Lagarde was also shown. Economics journalist and Associate Editor for the Independent Hamish McRae moderated the session.

According to Sachs, there are two important trends for Kazakhstan, technological development and cooperation with China. He talked about the importance of the Chinese economy and its rapid growth. Talking about the issues of global politics, he said he hopes many conflicts between countries will be resolved. According to him, it is important for NATO to tell the world they do not want to move closer to the Russian or Ukrainian borders.

During his speech, Jack Ma talked about the importance of globalisation and openness of the world. According to Ma, there are three important things that cannot be changed by any new economy: openness, courage and wisdom. He added that after the 1980s, 1.8 billion people were born, who present the whole generation of the internet. Confirming words about courage, the founder of the largest internet company said that he almost did not know how to use a computer before his career started.

During the discussion of the global economy, the speakers talked about positive examples of Kazakhstan. IMF Managing Director Christine Lagarde positively assessed Kazakhstan’s decision to move to a free-floating exchange rate. And Sir Suma Chakrabarti noted a positive development of the country, by saying that Kazakhstan is clearly moving in the right direction, assessing the ambitious goals in the field of economy.