ASTANA – A second meeting of the special Land Reform Commission took place in Astana on May 21 in a continued effort to calm public sentiment over recent land code changes that have sparked sporadic rallies. 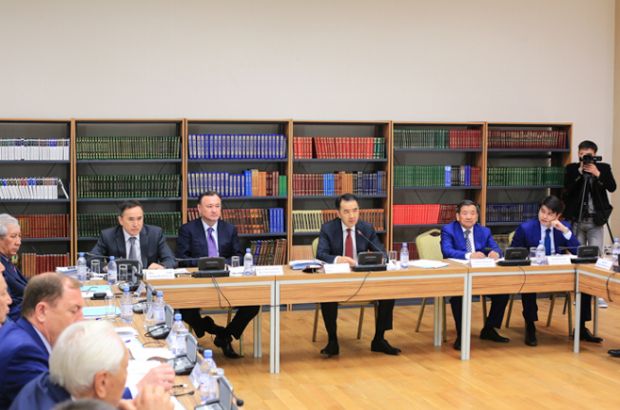 The changes, which involve agricultural lands, were put on hold by Kazakh President Nursultan Nazarbayev on May 5 until next year and until they can be better explained to the public or until further amendments can be introduced better satisfying the national interests. However, some citizens concerned about the changes and apparently unaware of the ongoing work of a representative commission sought to organise rallies around the country on May 21. Those rallies involved the detentions of some citizens and journalists.

“Today a group of individuals tried to organise and hold unauthorised rallies. As a result, they were briefly detained by local police and freed immediately,” Chairman of the Administrative Police Committee of the Internal Affairs Ministry of the Republic of Kazakhstan Igor Lepekha said at a press briefing on May 21, adding that the detention of journalists who had gathered to cover a rally at the Baiterek Monument in Astana was probably the result of an unfortunate misunderstanding. He added that the journalists were freed within one hour.

“This is also why the new information and communications ministry has been set up,” Abayev said. “I learned about the detention of your colleagues, contacted the interior ministry, and all circumstances are being analysed now. We will work to find out why they were detained,” he said. “Yes, we will support journalists generally in their work and in performing their professional duties,” Abayev told journalists in commenting on the incident on Saturday.

Asked whether the ministry would work with law enforcement to make sure that no such incidents happen in the future, Abayev said, “Certainly, let me assure you.”

While more than 70 commission members from business, NGOs, academia, media, government and parliament were debating the land issue and building a national consensus on it, some planned rallies in different regions of the country.

Kazakh Deputy General Prosecutor Andrei Kravchenko said that most of the citizens detained were involved in unauthorised rallies. On May 21, he said around 40 people were charged with administrative offences for attempts to organise the rallies.

The second meeting of the commission, set up earlier in May, focused on the whole range of issues related to the sale and lease of land. The commission plans to have several meetings in Astana, held every Saturday. Commission members are then to discuss the changes with public councils and public organisations around the country before a final decision will be submitted for the consideration of the Kazakh Parliament.

The government says the controversial land code changes were not intended to allow foreign ownership of the Kazakh land, but only to extend the current limit of renting agricultural land from 10 years to 25 years to help encourage investment and innovation.