ASTANA – The Foreign Investors Council devoted to the Astana International Financial Centre (AIFC) took place in Astana on May 27. President Nursultan Nazarbayev of Kazakhstan along with European Bank for Reconstruction and Development President Sir Suma Chakrabarti, who co-chair the council, and numerous CEOs from some of the world’s largest companies discussed the future of the AIFC as a financial centre in the heart of Eurasia. 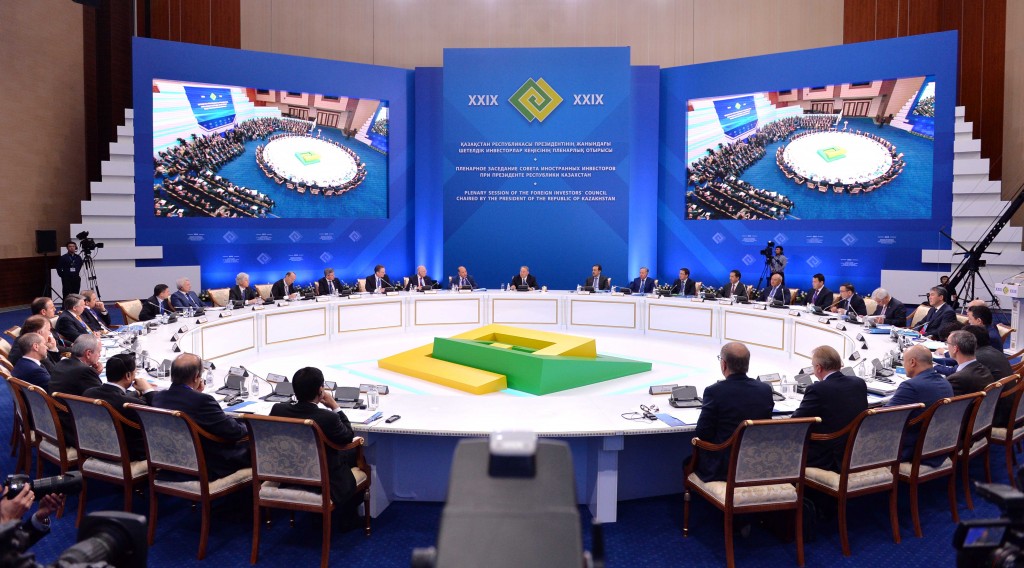 “Thinking about the future we definitely want to see the Astana International Financial Centre attract investments, assets and innovations. It is called to become a financial gate for the entire Eurasia,” the Kazakh President said, highlighting that Astana would develop as a business, cultural and scientific centre and have all up-to-date transport and logistics system.

President Nazarbayev noted the composition of the council, which includes top executives from diverse companies such as Chevron, ExxonMobil, Total, Anadolu Group, Sembol, METRO Cash&Carry, PolPharma, Cameco and Sberbank of Russia among others, has been expanded in recent years, which proves the interest of international business communities in Kazakhstan and the constant inflow of foreign investments in the state. He also emphasised that the EBRD has been a good partner for Kazakhstan for 20 years. 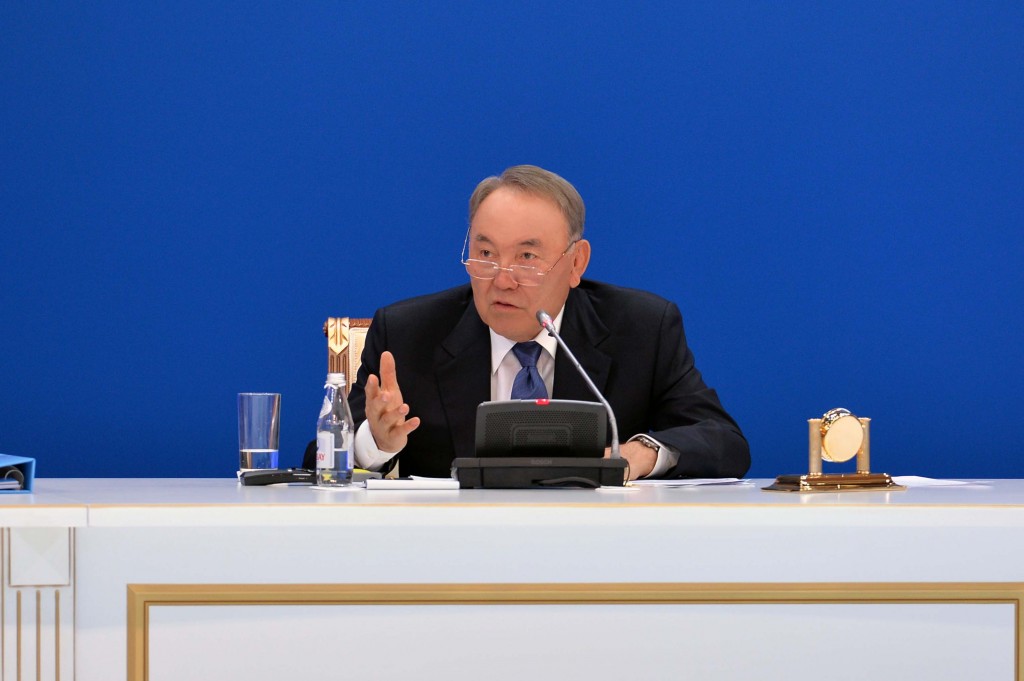 EBRD President Chakrabarti stated that the EBRD considers the Foreign Investors Council an effective mechanism to attract foreign investors and promote reforms in Kazakhstan and noted the high level of interaction in agriculture and food production. He emphasised the importance of creating the AIFC for EBRD’s activities and expressed interest in the privatisation process in the state.

“Kazakhstan is our fourth largest market out of 36 we are working on. These investments, of course, are provided under the reforms launched by President Nazarbayev,” Chakrabarti said.

According to him, the EBRD will assist the AIFC in establishing regulation frameworks, strategies and other elements, as per the bilateral memorandum.

“This memorandum will help us establish adequate regulation frameworks in such sectors as capital market, currency market and corporate management. Our experts have already held seminars with the AIFС on development of stock exchange and capital markets. Half of our financing procedures in Kazakhstan are carried out in national currency,” highlighted the EBRD president.

Chakrabarti assured that a team of EBRD experts would move to the EXPO 2017 facilities, where the AIFC is to be set up, as soon as possible.

“We know such centres as Tokyo, London and New York. We do not have to think about comparing us to these centres, yet. First of all, we have to conquer our region that lacks such centres and then show our potential to other regions. We create unprecedented conditions with nothing close anywhere in the post-Soviet space for attracting international participants to the financial sector,” the Kazakh President said, expressing his hope that Astana will rightly become the hub in the chain of world financial centres.

“The key task for Kazakhstan over the nearest future is forming the new model of economic development, which will allow to join the top 30 developed countries of the world. We have to take the right measures now, and this is exactly what we are doing, and will be doing in future,” he added.

“I invite you, members of the Foreign Investors Council, to take an active part in the creation and work of the centre and promote it abroad. Being friends of Kazakhstan and heads of the world’s largest companies, you can spread the word in your countries about this important initiative on the territory of the Eurasian continent,” President Nazarbayev said.

“Kazakhstan is ready to consider and support all your proposals on partnership within the framework of the centre. I am sure that our cooperation will facilitate the sustainable, social and economic development of Kazakhstan and the entire region,” he added. 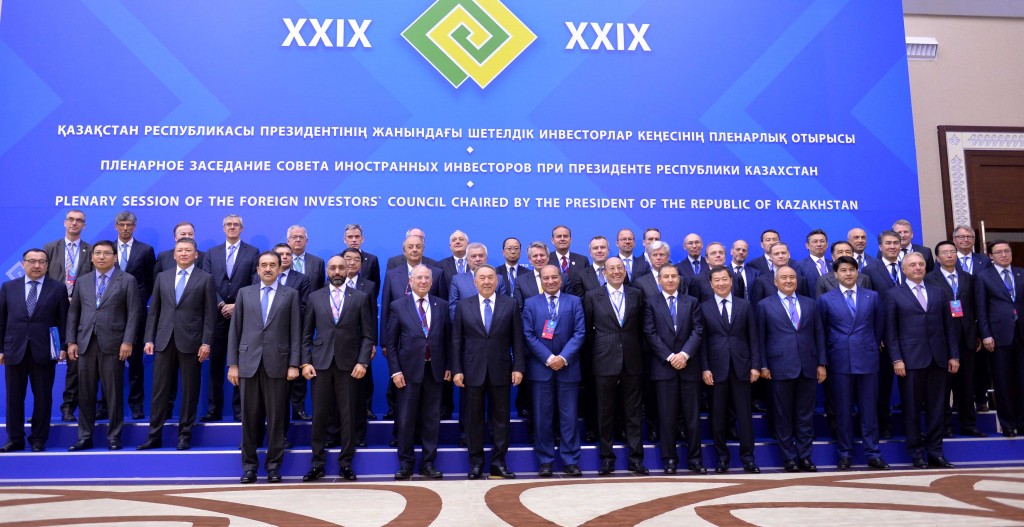 Baker & Mckenzie Global Executive Committee member Erik Scheer is a strong supporter of the project. He said, “One of the key elements for the AIFC will be the new court and new arbitration centre for financial and investment disputes. They are critical to the success of the financial centre, because if we doubt the independence and transparency of the judicial system to [decide] our disputes fairly by qualified and impartial judges with decisions coming in force both inside and outside of Kazakhstan, investors may be reluctant to participate in the Astana Financial Centre. And the centre may fail to live up to its potential.”

According to experts, the total cumulative effect from the creation of the centre, its regional expansion could reach about $40 billion over the next 10 years.

The new financial centre will be at the site of the EXPO 2017 international exhibition, which means all facilities built as part of the expo will be used to generate income under the new project. Participants of the centre and its staff will be exempt from paying taxes. They will also benefit from a simplified visa and labour regime. The independent court will guarantee the protection of investors’ rights.

President Nazarbayev proposed to have the theme of the next council called “New Energy” and hold it right on the territory of the exhibition within the framework of the opening of the expo.

The Foreign Investors Council was established in 1998 to ensure dialogue between the Kazakh government and foreign investors and discuss issues investors face. The council has 38 members from among foreign companies and top Kazakh officials.