ASTANA – Construction began May 20 on a new 100 MW solar plant 40 kilometres from Astana in the village of Kabanbai Batyr. Production is expected to begin next year. 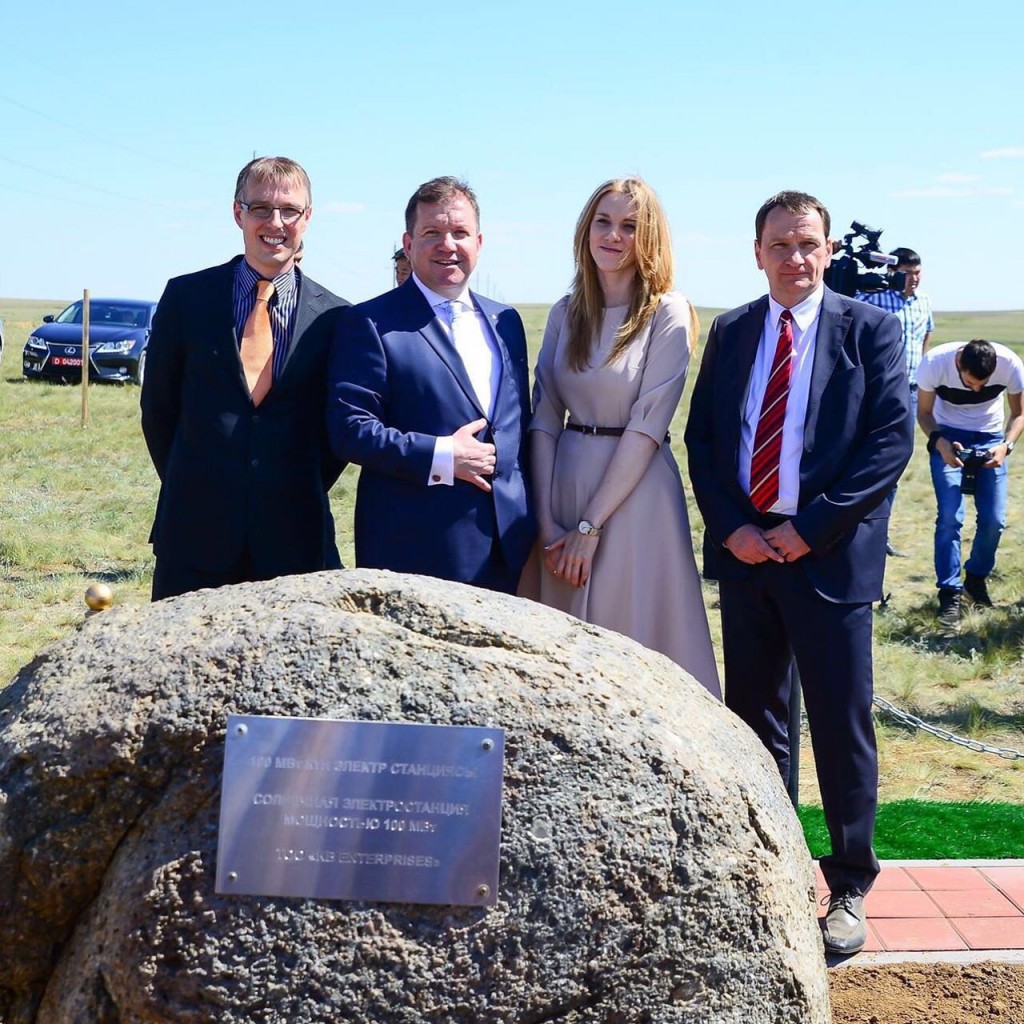 A biogas plant is planned to be built next to it and will operate on organic waste. Both projects are considered examples of the principles of “Future Energy,” which is the theme of EXPO 2017 to be held in Astana.

Kazakh-Dutch-German company KB Enterprises in close cooperation with Siemens has been developing the project in Kazakhstan since 2013, company officials said. And now a time capsule has been officially laid for the 150 million euros construction of the biggest solar power plant in Central Asia.

“So it will be beneficial for the industry and beneficial for the city of Astana, because Astana is expanding. Normally, we try not to make less than 100 MW,” said Taylan Karamanli, Chief Executive Officer of KB Enterprises to local media.

The company pledges to spread the news about the international exhibition and attract tourists and foreign investors.

“EXPO 2017 takes place in Astana and starts in June 2017,” the official press release noted. “The theme is Future Energy. This Solar Plant is located only 40 kilometres from EXPO 2017. KB Enterprises will bring visitors to this solar park to show that Kazakhstan is a great place to invest and that solar power plants work effectively even in relatively cold regions.”

An environment for foreign investors and high-tech companies, such as Siemens being exclusive partners to KB Enterprises, to invest and bring state of the art technology to Kazakhstan starting with the Tselinograd region,” officials of KB enterprise noted.

KB Enterprises is a developer and investor in solar plants all over Kazakhstan. The majority shareholder (51 percent stake) is Global Solar Investments from the Netherlands. KB Enterprises focuses on a long-term presence in Kazakhstan and wants to contribute to renewable energy goals, which have been set by the country.