The world community appreciates Kazakhstan’s achievements in the international arena and its image of a responsible and reliable partner as well as initiator of global dialogue platforms. The interethnic and inter-religious harmony and mutual understanding and equality of all people are the formula of stability and sustainable development of Kazakhstan’s society. 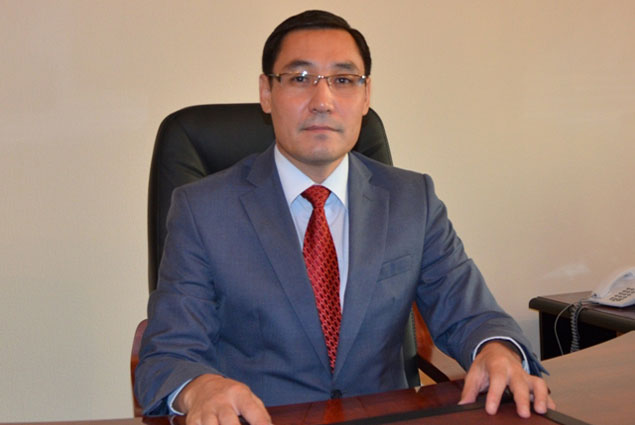 Kazakhstan is directing its ambitions for the support of these values ​​also to the international arena.

In recent years, the world has undergone significant changes due to various factors.

Despite the international community’s efforts, focal points of conflict in different corners of the globe have not been reduced. The threat of international terrorism is growing. As a result, there are deaths of thousands of innocent people, and tens of thousands of people have lost their homes and property. Countries of Western Europe, where refugees from war-torn countries have flooded, directly feel consequences of these events.

The international community has to respond to the challenges of these days by creating a new global security paradigm based on the principles of openness, mutual respect and understanding.

Unification of the efforts of all states and peoples in terms of ensuring peace and harmony should become a universal leitmotif of coordinated actions in this direction.

Within the framework of the Fourth Nuclear Security Summit, President of Kazakhstan Nursultan Nazarbayev presented a conceptual document – the Manifest “The World. The 21st Century,” aimed at collaborative and responsible actions by nations to eradicate wars and conflicts of today’s society.

It should be noted that our country is making its contribution towards development of mutual understanding at the global level. The Congress of Leaders of World and Traditional Religions, initiated by the Kazakh President in 2003, proves this.

Over the years, the Congress of Leaders of World and Traditional Religions has become a unique dialogue platform to discuss issues of strengthening peace and understanding between people of different religions and cultures.

The creative potential of this congress has not only become the basis for strengthening dialogue and reconciliation, but also remains a fundamental platform for sustainable development of countries and societies based on the most important priorities of humanity, such as peace, harmony, mutual respect, harmony and solidarity. One of the main conditions for achieving this strategic objective is the active role of politicians and experts, representatives of the mass media as well as all people in general.

It is pleasant that a foundation of this work has laid down in Kazakhstan, in the capital of our native land, Astana.

Dynamics of the congress shows a consistent, growing authority of the forum, strengthening its impact on a consolidated process of finding answers to complex questions posed by the modern age. Therefore, the relevance of a constructive dialogue is maintained within the Astana forum with participation of religious leaders, political and public figures, and experts.

In the framework of the Congress of Leaders of World and Traditional Religions, construction of a new model of interaction between cultures and religions as well as harmonisation of inter-religious and inter-ethnic relations are discussed that require lots of efforts not only from politicians but also from leaders of world and traditional religions. The basis of this congress is the construct of principles of equality, mutual respect and recognition of each other’s interests, cooperation and mutual understanding.

Today, everybody, who cares about the present and the future of mankind, believes in the objectivity and accuracy of the international initiatives of the President of Kazakhstan aimed at establishing of a broad dialogue to preserve peace in the world.

Kazakh wisdom says that “One person leaves traces on the ground, a hundred treads a path, and a thousand lays a road.” I am confident that the Congress of Leaders of World and Traditional Religions, as a global dialogue platform for leaders of world and traditional religions, authoritative political figures and leaders of major international organisations, is an effective tool for promotion of inter-religious and inter-cultural dialogues and for finding solution of urgent problems of our time.

The author is Vice Minister of Culture and Sports of Kazakhstan.