ASTANA – The British Embassy is organising and inviting residents to participate in the May 14 Sport Relief Mile to benefit Shugyla Public Fund. The race is described on its website as a “mass participation event open to everyone, regardless of their athletic prowess or mobility. People are encouraged to cover a distance of approximately one mile by whatever means they are able.” 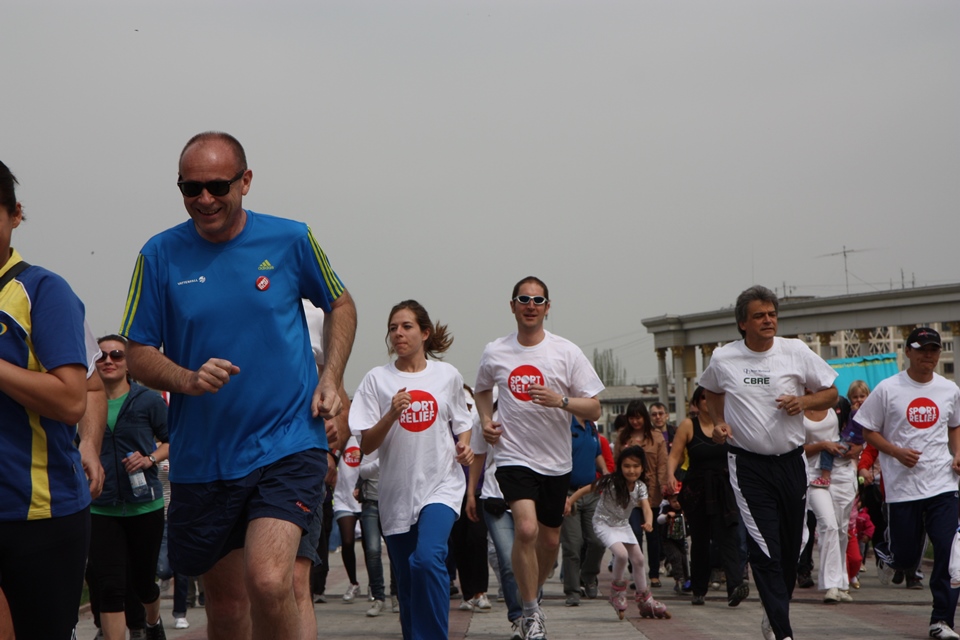 Sport Relief was launched in 2002 by Comic Relief UK, which assists poor and disadvantaged people across the world. British embassies organise Sport Relief Miles in many countries.

This year’s run, the fourth in Kazakhstan, is also supported by the city administration and several private enterprises. Previous races attracted around 400 people and helped different charity funds.

Shugyla Public Fund was established in 2007 by entrepreneurs Meirkhan Abdrakhmanov and Alibek Umirzhanov. Its main goals are implementing socially significant projects and organising and holding charitable events. Funds for the projects are being collected in several ways – through the E-pay system, transfers via QIWI terminal, mercy envelopes and SMS. 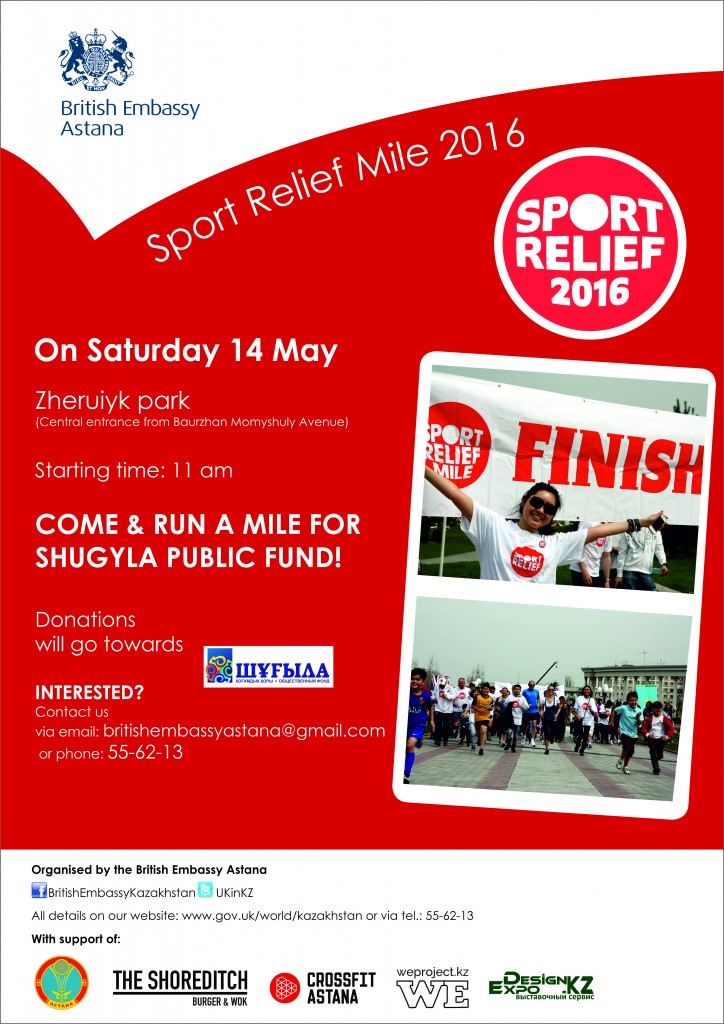 “Our fund helps families with many children, single mothers, orphans and children with cerebral palsy. Each year Shugyla Fund holds several actions such as Bereke, which is targeted at delivery of food products and household appliances; Podari Teplo (Russian for Give Warmth), a project on coal distribution in the winter time, and Pora v shkolu (Russian for Back to School), aimed at the distribution of school supplies to children from poor and large families. There is also a project called Semya Pomogaet Semye (Family Helps Family) and it is about free distribution of clothing in special social stores which are organised on the basis of the fund. The Luchshi Den v Godu (Best Day of the Year) is a programme of additional assistance to orphans and children from problem families. Rehabilitation of Children with Cerebral Palsy (Reabilitaciya detei c diagnozom DCP) was created to support low-income families with children with disabilities. In our opinion, all the projects are important, because a lot of people need help and everyone has different life situations and sometimes they are emergencies,” said Mereke Mukhatai, head of the fund’s capital office.

He added this year the fund is planning to open the assistance office for children with cerebral palsy, as well as launch several public service advertisements on social networks that reflect the problems of those who are often not noticed by people who are healthy or need not worry about their next meal.

“Every day is filled with our running in search of money for existence; our life goes on with smartphones, tablets, computers or TV. And so we do not notice that literally next to us there are people who cannot afford even a piece of bread. Our vast country is rich in culture, peace and hospitality and we believe that together we will be stronger, kinder and more intelligent,” said Mukhatai.

The run will start at 11 a.m. in Zheruiyk Park (central entrance from Baurzhan Momyshuly Avenue). Those who are interested should send their name, company and e-mail address to [email protected]. The contact number is +7 (7172) 556217 and the event has pages on Facebook and Twitter.