By Kamila Zhumabayeva in People on 2 May 2016

ASTANA – BI Group employee Aidyn Kasen recently became the undisputed champion of the fifth Almaty charity marathon. He covered the race in 2 hours, 42 minutes and 58 seconds and the victory was his first at the 42-kilometre distance. Kasen, who has been interested in running for quite a while, previously participated in different races and won half (21 kilometre) marathons. 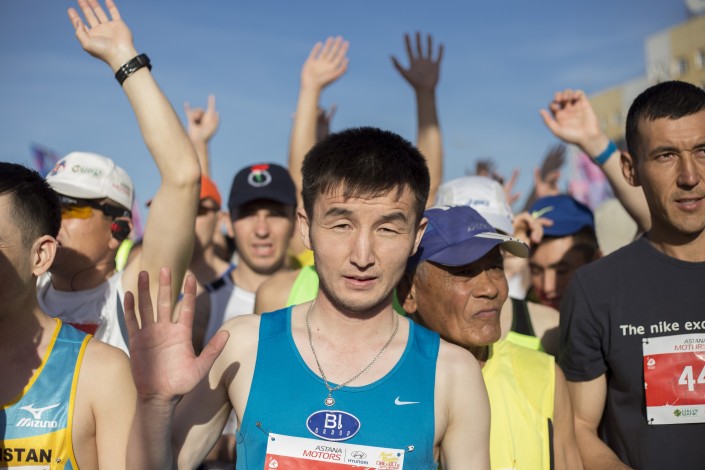 “I was engaged in athletics from sixth-seventh grade, starting from the six-kilometre distance then bigger and bigger. This is my sixth marathon already. My impression from the marathon is only positive! First, I ran with the leaders and at the 30th kilometre they began to lag behind and I eventually managed to come out running first. I am very pleased by the support from my colleagues. Thank you BI Group! We have a great team!” said Kasen, according to Tengrinews.kz.

“For five years, athletes and running enthusiasts have been waiting for the last Sunday of April to run the treasured kilometres in Almaty and experience an incredible energy of sports celebration and willpower,” wrote Tengrinews.kz. 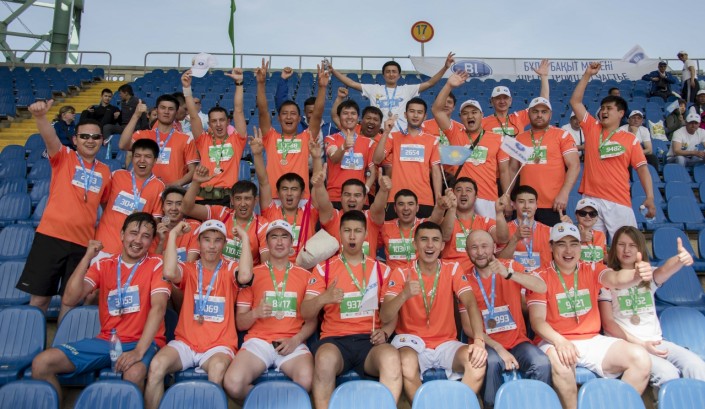 The race, with more than 30 runners, started at the Park of the First President and ended in the stadium city centre. People gathered from all over Kazakhstan and other countries, participants and supporters staged flash mobs and dance warm-ups and drones flew in the sky to capture the moment, according to the report.

“BI Group became one of the largest and creative companies among the marathon participants. Race participants in orange T-shirts and a cheerleading team wearing white were banging drums, dancing an athletic dance, waving flags and shouting the company’s motto while escorting their runners to the start,” said the news agency. 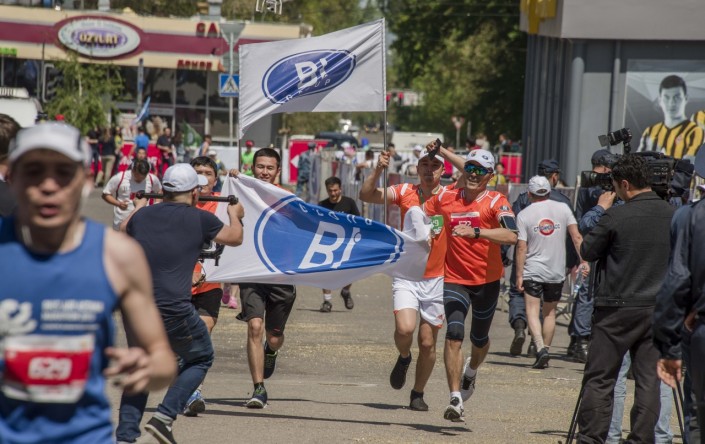 The BI Marathon, a charity amateur race hosted by the construction company, will be held in the capital May 28 to support a healthy lifestyle and treatment for children with cerebral palsy. 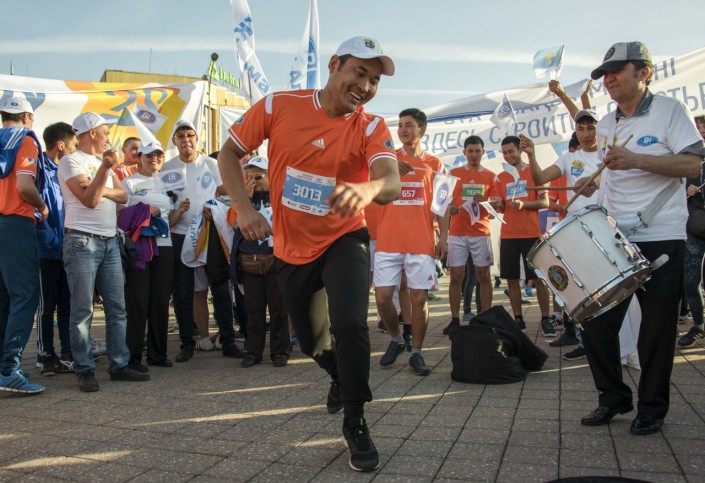 “We began preparing for the marathon in the winter at the beginning of 2016… All funds will be handed over to Zhuldyzai charity fund. Online registration on the marathon’s official website, bi-marathon.kz, will be opened soon. Come to Astana and run to a victory along with us!” said Rakhimbayev, according to Tengrinews.kz.