NEW YORK – On May 10, the last day of his visit to New York, Kazakhstan’s Foreign Minister Erlan Idrissov participated in the High-Level Thematic Debate of the United Nations General Assembly on Global Peace and Security. The event is organised annually under the patronage of the President of the General Assembly. 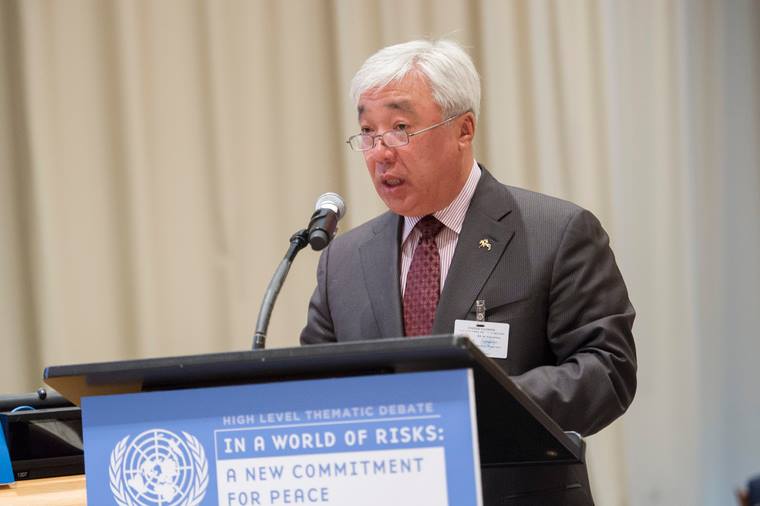 The subject of this year’s theme was “In a World of Risks: A New Commitment for Peace.” Participants of the debates, in the context of an overview of the global situation, discussed security issues, such as peacekeeping, peace building, gender aspects in armed conflicts and in times of peace, as well as the interrelationship of security with sustainable development and environmental protection.

Idrissov told the audience about Kazakhstan’s approaches on the meeting’s issues. The foreign minister highlighted the main provisions of the Manifest “The World. The 21st Century,” along with other anti-war, anti-nuclear-weapons and anti-terrorist initiatives of President Nursultan Nazarbayev.

“The world will benefit from both the end goal and the process of disarmament: moving towards a nuclear-weapons-free world will equip humankind with a cooperative mechanism to sustain and support security at the lowest levels of armaments. Such a process will release excessive expenditure to be transferred to social and economic development in line with Kazakhstan’s initiative to allocate annually 1 percent of national defence budgets to sustainable development,” the minister said.

During the debates, the delegation of Kazakhstan also urged implementation of the anti-terrorist initiatives offered by Nazarbayev last September at the UN, such as the establishment of a unified list of extremist and terrorist organisations, as well as the elaboration of a commonly agreed terminology in the fight against international terrorism. This work is to culminate in the adoption of the UN Comprehensive Instrument to Combat Terrorism as an outcome of establishing a unified global network, or coalition, to counter international terrorism and extremism.

“We call on member states to endorse Kazakhstan’s proposal to establish a global anti-terrorist coalition (network) under the UN, as well as universal mechanisms to bring perpetrators to justice,” the minister urged. 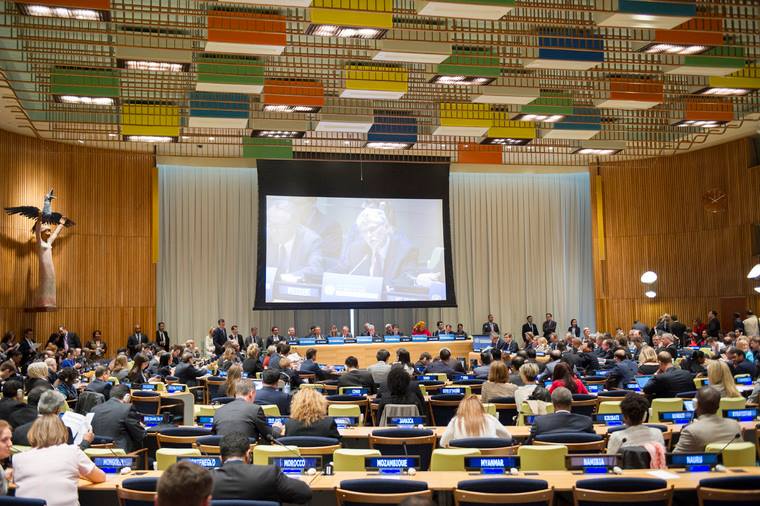 Idrissov also participated in a ministerial-level working lunch on the theme, “The Next Secretary-General in a World of Risks: Expectations vs. Realities,” organised by Mogens Lykketoft.  During this event, the Kazakh Foreign Minister moderated a discussion group focusing on challenges to global peace and security. The group reviewed ways to adapt the global architecture of collective security to modern threats and challenges at a time when the UN needs to remain a publicly accepted and credible structure.

Among the key tasks of Idrissov’s visit to New York was also the promotion of Kazakhstan’s candidacy for a non-permanent seat on the UN Security Council for 2017-18, and familiarising the international community with the priorities of the country if elected to serve on this prestigious body. He held a series of meetings with his counterparts from the around the world in this connection.