By Zhanna Shayakhmetova in Culture on 23 May 2016 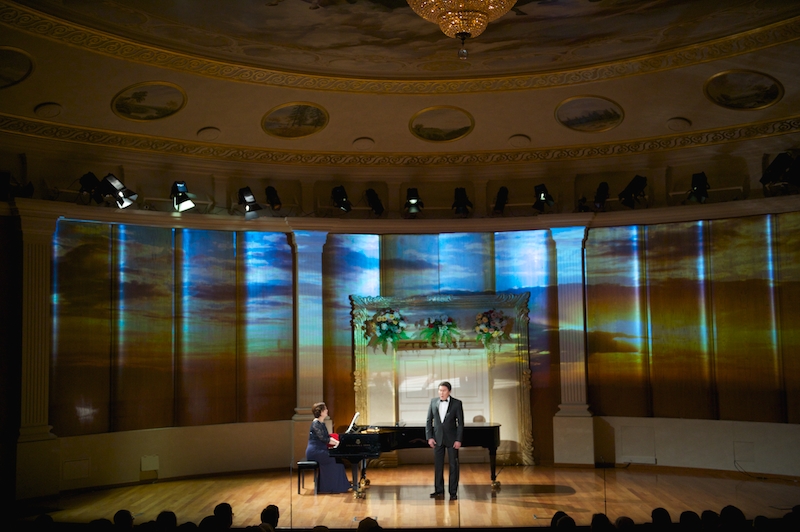 ASTANA – The musical compositions of great Kazakh composer Yerkegali Rakhmadiyev were performed May 13 in the capital at the Chamber Hall of the Astana Opera.

The concert “Tan Samaly” (A Morning Wind) featured the laureates of the First International Rakhmadiyev competition who are acclaimed musicians, according to the theatre’s release.

“I feel an inspiration and I would like to work with more energy when I perform Rakhmadiyev’s works. My teacher, People’s Artist of Kazakhstan Professor Khorlan Kalilambekova, the first performer of Katie’s part from the opera “The Song of the Virgin Land” is a model for me. I sang an aria from this opera and recalled all she taught me about the vocal nuances,” said winner of the First International Rakhmadiyev competition Uasheva.

The concert’s title is related to the lyric-epic song “Tan Samaly” dedicated to the composer’s wife Klara Rakhmadiyeva. An amazing composition was performed by the concert participants at the end of the evening.

Rakhmadiyev’s art heritage is notable Kazakh operas and numerous orchestral, vocal, choral and chamber instruments works. As a true maestro, he not only created the musical works but considered it his indispensable duty to help young musicians.