By Kamila Zhumabayeva in Business on 23 May 2016

ASTANA – The United Nations Development Programme’s (UNDP) 50th anniversary and its contribution to sustainable development in Kazakhstan, problems and prospects of linking the Silk Road Economic Belt and the Eurasian Economic Integration are among the highlights of this year’s Astana Economic Forum. 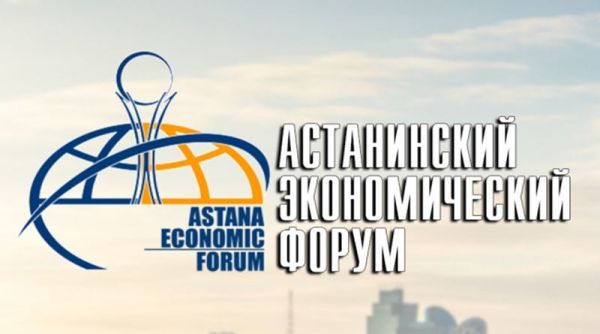 Searching to introduce a new model into certain national economies, including Kazakhstan, is one of the main goals of the annual political and economic event AEF 2016.

An upcoming forum on Kazakhstan’s first privatisation must identify new opportunities for investing in key sectors of Central Asia’s economy, including Kazakhstan. This forum will be May 25. The Great Silk Road countries’ forum will be the same day and intends to unite government and business representatives of Europe, Asia and Middle East.

Among the issues on the agenda will be linking two geopolitical projects in Eurasia – China’s Silk Road Economic Belt, also known as One Belt, One Road, and the Eurasian Economic Union. Possessing a high potential for forming a new economic reality for the region, these initiatives share common direction and contact points and their linkage will allow building a more concerted and efficient strategy of co-development of countries in the region.

The upcoming forum will be held with the direct involvement and partnership of the Boao Forum for Asia, an international forum that brings together government representatives, businesses and academia of Asia and other continents to discuss the economic dynamics of Asia and the world.

A separate session of AEF will be dedicated to the 50th anniversary of the United Nations Development Programme. Speakers will talk about Kazakhstan’s important achievements, lessons learned, as well as their vision of cooperation between Kazakhstan and UNDP during this session on May 25.

The United Nations (UN) Assistant Secretary-General, UNDP Assistant Administrator and Director of the Regional Bureau for Europe and the Commonwealth of Independent States (RBEC), Cihan Sultanoglu will participate in the forum’s press conference.

During the press conference, she will speak about Sustainable Development Goals (SDGs) approved by UN member states in 2015 and how the UN and UNDP can support implementing SDGs in Kazakhstan, including the promotion of the green economy agenda. Sultanoglu will make a reference to UNDP’s 50th anniversary and its contribution to sustainable and inclusive development in Kazakhstan during the past 23 years of its operation in the country.

The forum’s plenary session, a number of thematic sessions and workshops, as well as high-level debates and open discussion involving leaders of world politics, will take place May 26.

The focus will be on Central Asia and Kazakhstan, political reforms and growth drivers, such as the Eurasian Economic Union and the New Silk Road.