Astana Commemorates Kazakhs Who Helped Clean up after Chernobyl

Astana recently held a ceremony honouring the more than 30,000 Kazakhs who helped clean up and mitigate the consequences of the April 26, 1986 Chernobyl nuclear power plant accident. 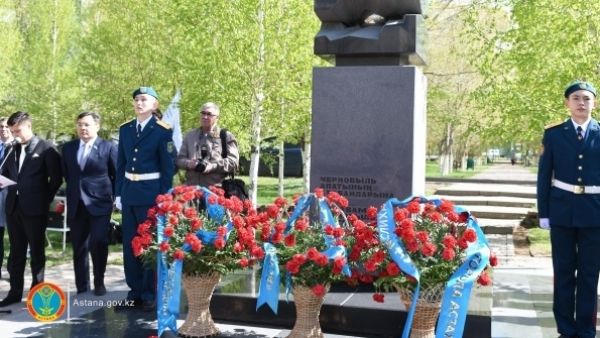 The ceremony started with a minute of silence followed by the laying of wreaths at a monument. The people who helped clean up the accident and their relatives as well as officials, public figures and representatives of the diplomatic corps of Russia and Belarus attended the event.

More than 800,000 people from across the former Soviet Union participated in the cleanup as the explosion contaminated about 150,000 square kilometres of soil around the epicentre and the radioactivity started to radiate out of the accident zone. 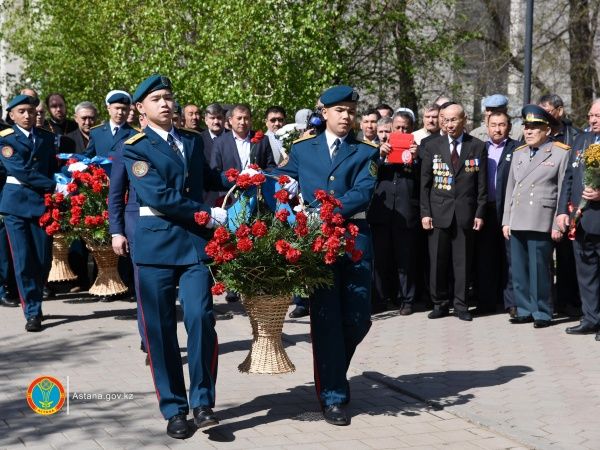 “There is a book about the Chernobyl catastrophe published to dedicate the 15th anniversary of the accident. This year, another book is presented to the public as part of the commemoration of the 30th anniversary. It is called ‘The Witnesses of the Dead City’ and it tells the story about the history of the accident and heroes from Kazakhstan who came after the accident to help the liquidation mission. The young generation should know the brave men of their homeland. The new publication is based on materials which were collected during the past 15 years,” said Deputy Chairman of the Chernobyl Union Marat Zhunisbek. 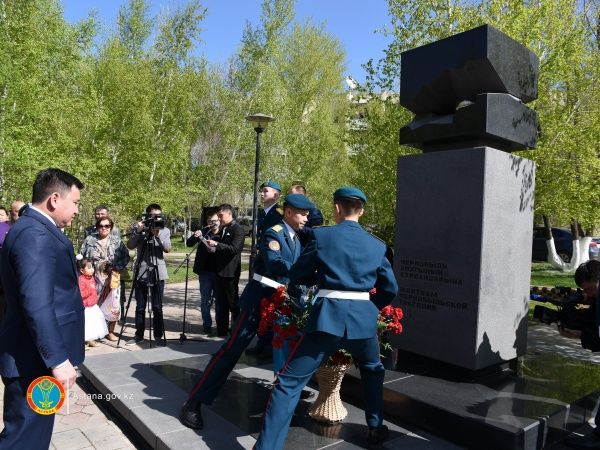 As per the decision of the Astana city maslikhat (city administration) about rules of social assistance to certain categories of citizens of the city of Astana, persons who took part in the clean up the Chernobyl disaster will receive financial assistance for utilities and other services starting in January. In addition, 557 Chernobyl victims living in Kazakhstan are entitled to free dental prosthetics, public transport and health resort treatment.