ASTANA – The ATOM Project Honourary Ambassador, artist and anti-nuclear weapons activist Karipbek Kuyukov will hold his first exhibition in Astana for ten days beginning May 21. The exhibition at the National Academic Library of Kazakhstan will begin May 21 and run for 10 days. It will be dedicated to the creative drive and the overcoming of human difficulties. 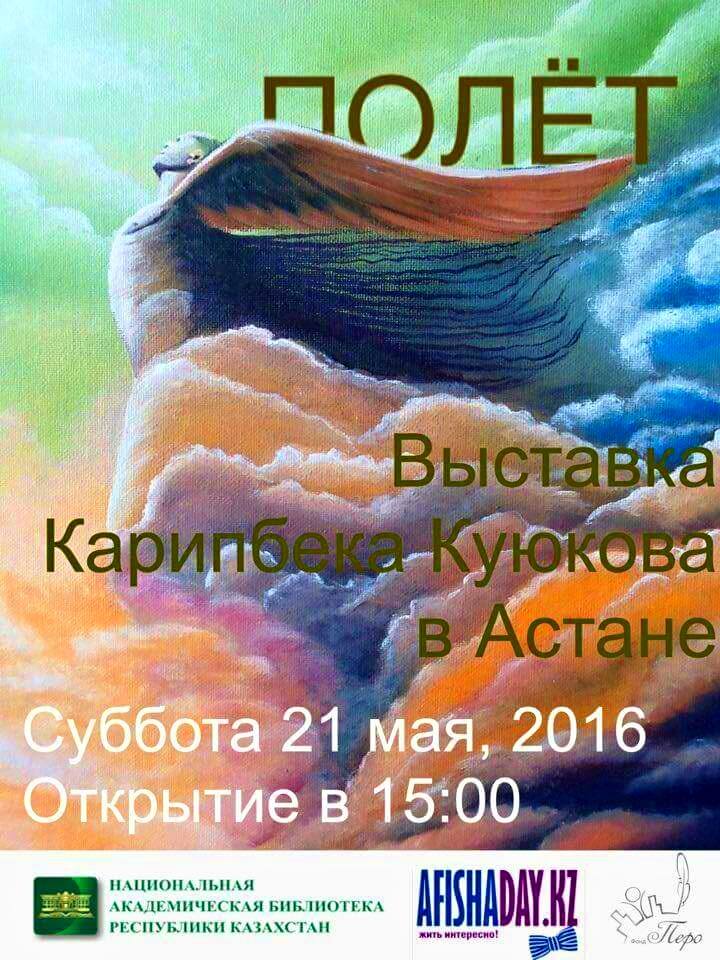 “It is called Polyot (Rise) because with this title we want to convey the point that even a person who was born without arms can fly and this exhibition is about overcoming human difficulties,” says Yelden Sarybai, President of Pero Fund established to promote modern Kazakh poetry, literature and writers. Pero (Feather) Fund is helping in putting together the exhibition.

“We want to inspire residents of Astana with the person of no ordinary qualities that are hard to imagine on oneself and even with such limitations to be able to successfully create a painting, conduct exhibitions and be a sterling member of society,” he noted.

Kuyukov’s physical challenges and being a native Yegindybulak, a village that was under exposure from decades of Soviet nuclear weapon testing at the now closed Semipalatinsk nuclear testing site did not prevent the artist from creating and fighting for a world where the consequences of nuclear tests will remain in the past, the event’s Facebook page says.

According to Sarybai, the paintings to be exhibited will include landscapes, portraits and nuclear topics.

“We want to present Karipbek as a person who is not confined by a single style, there is watercolour, oil on canvas, cardboard, a great deal of technique and different plots,” Sarybai explained.

Kuyukov’s last exhibition in Kazakhstan was 20 years ago and he has held many overseas in recent years.

“[He has held] exhibitions in Austria, the U.S., Japan and so on. However, unfortunately there wasn’t such an opportunity in Astana,” Sarybai said.

Karipbek’s exhibitions abroad are held at a very limited duration, two to three days to a week being the longest, while at the national library Polyot will initially last for 10 days and might be continued depending on the interest, according to Sarybai.

“The library on its behalf timed the exhibition to the 25th anniversary of Kazakhstan’s independence,” he added.

Kuyukov will have guests invited from the presidential administration and the library will invite the intelligentsia of Astana.

“The artist’s paintings are full of optimism and life positivity, come and become inspired with his works,” the event’s message calls.