EAEU to Focus on Relations with Non-Member Countries in 2016

By Aiman Turebekova in International on 23 May 2016

ASTANA – Improving the Eurasian Economic Union’s (EAEC) relationships with outside countries will be among the organisation’s 2016 priorities, according to a press release from the Kazakh Prime Minister’s press service. 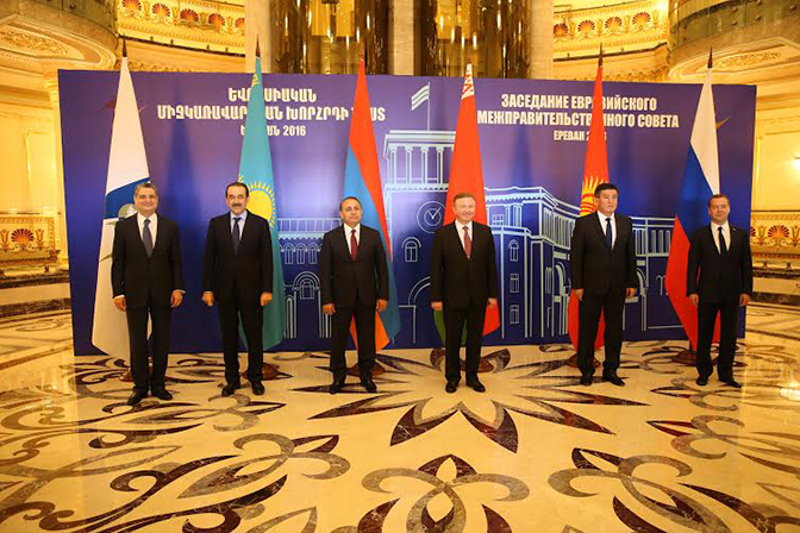 “[This year is the] year of deepening the Eurasian Economic Union’s economic relations with third countries and key integration associations,” said Prime Minister of Kazakhstan Karim Massimov during a May 20 meeting of EAEU heads of government in Yerevan, Armenia. Kazakhstan is EAEU chair for 2016. “Kazakhstan has always been a supporter of attracting new members to the ‘orbit’ of Eurasian integration. Our Union is formed as an open economic community. Meanwhile, we need to put emphasis on cooperation with technologically developed and investment-attractive countries and unions.”

Dialogue and cooperation between the EAEU and the European Union, Massimov said, could play a crucial role for economic growth on the continent.

“Establishment of a common economic space from the Atlantic to the Pacific oceans should become a long-term goal of cooperation between the unions. This was said repeatedly by Presidents Nursultan Nazarbayev and Vladimir Putin,” the Kazakh prime minister stressed.

He added that Kazakhstan considers the integration process an opportunity for EAEU countries to become a bridge between the East and West and a competitive part of the world economy.

The May 20 Eurasian Intergovernmental Council meeting also addressed issues, such as a concept for common markets of oil and its products of the EAEU, distribution of import customs duties between the budgets of EAEU member states in 2015 and preparations of the Customs Code Agreement. The council also agreed to meet Aug. 12 in Sochi and Oct. 28 in Minsk and continue work on the customs code.

Eurasian Economic Commission’s Minister of Trade Veronika Nikishina said the EAEU might sign a free trade agreement with Israel in 2017. She added that the EAEU Commission would like to create a schedule with non-member countries on possible free trade pacts. The commission is considering China, Iran and Israel as the most attractive partners and is studying the deals with India and Egypt.

During the meeting, Russian Prime Minister Dmitry Medvedev said EAEU countries should not lose the opportunity to cooperate with Asian countries.

In the framework of the meeting, the Eurasian Intergovernmental Council prime ministers met with Armenian President Serzh Sarkisian.

“We all have joined the Eurasian Economic Union, proceeding from our economic interests. It is important for the adopted decisions to be tangible to the business environment, consumers of all goods and services. I think most important here is the elimination of technical obstacles that hamper the free transportation of goods and services and diminish the economic efficiency of economic processes,” the Armenian President said.

He also highlighted the importance of the security component in developing EAEU member state economies and presented the latest developments on the Karabakh issue.